Two or three weekends ago I watched Field of Dreams for the first time in years. I think it's fine.. not exactly the greatest baseball movie ever in my eyes, but I wouldn't go as far as to call it overrated crap like some have.

Here are the three Cracker Jack baseball cards featured in the film. Babe Ruth, Lou Gehrig, and Ray Liotta as Joe Jackson. If Liotta signed through the mail, that'd be a cool card to print out and send to him. But doesn't look like he responds to his fan mail, so I probably won't bother.

I'm overdue for an update to the List of Baseball Cards in TV and Movies, but a big update is in the works and is hopefully done in a week or two. But yeah, these Field of Dreams cards will be included. They're featured at the beginning of the film during the opening narration. 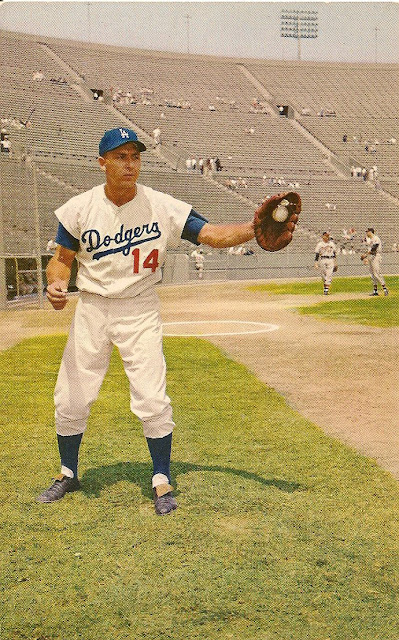 Anyways, as I was watching the movie, I noticed a "fun fact" that Gil Hodges is the only post-war player mentioned as being on the titular field. Hodges is not specifically shown, but a young Moonlight Graham excitedly mentions him as one of the players he recognizes (which doesn't really make sense chronologically, but hey, it's just a movie).

So that got me going down a Gil Hodges rabbit hole and I ended up pulling the trigger on a beat-up rookie card of his: 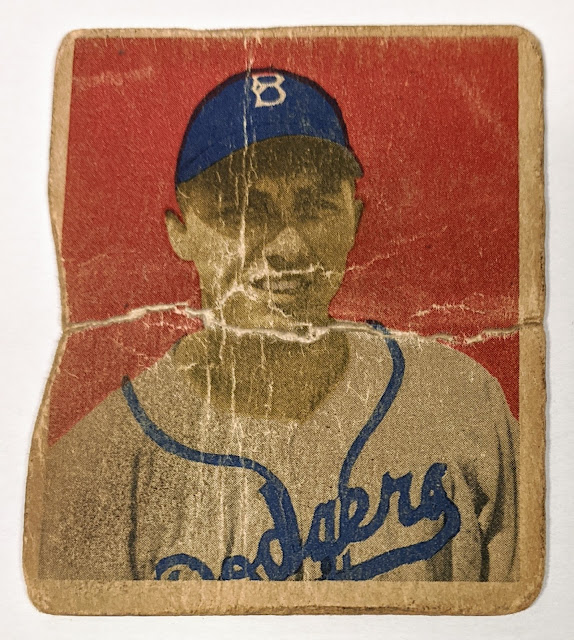 Since it's beat to hell well-loved, I got it for a fraction of what the card would typically cost. Hey, totally cool with me. 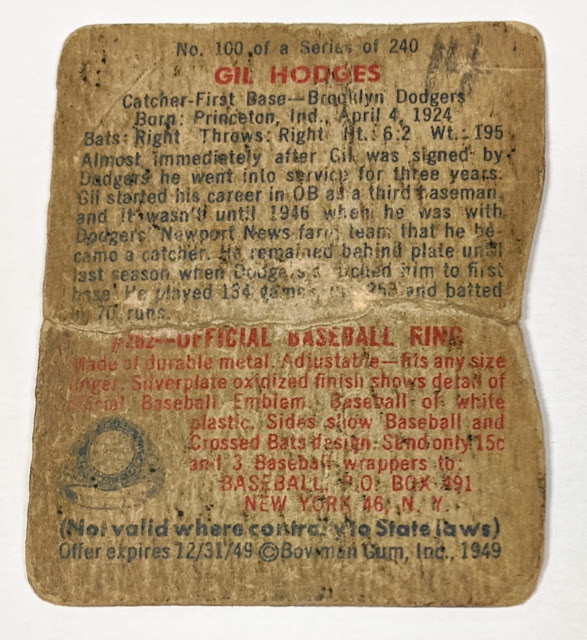 I hadn't realized he originally came up as a catcher, but given Roy Campanella's firm grip as Brooklyn's backstop of the future, Gil was moved over to first. He'd go on to an impressive career as a key member of "Dem Bums".

I think Gil Hodges should be in the Hall of Fame. While his offensive numbers might fall just below what would impress enough for inclusion, when you consider his renowned defense (multiple gold glove awards), plus his postseason success ('55 and '59 world champion), PLUS his managerial career, specifically leading the underdog '69 Miracle Mets to the championship, I think he's a shoo in. But sadly the Hall of Fame is stupid and refuses to consider combined achievements in the game.. you can only be enshrined as a player OR a manager, but factoring in both is taboo for some bullshit reason. And so Gil has been kept out so far. Hopefully he rightfully finds a place in the Hall one of these years. (..and like how Minnie Miñoso and Buck O'Neil DEFINITELY should be in, considering the full breadth of their contributions to the game [as players, coaches, and ambassadors] and how it's a travesty that they aren't.) 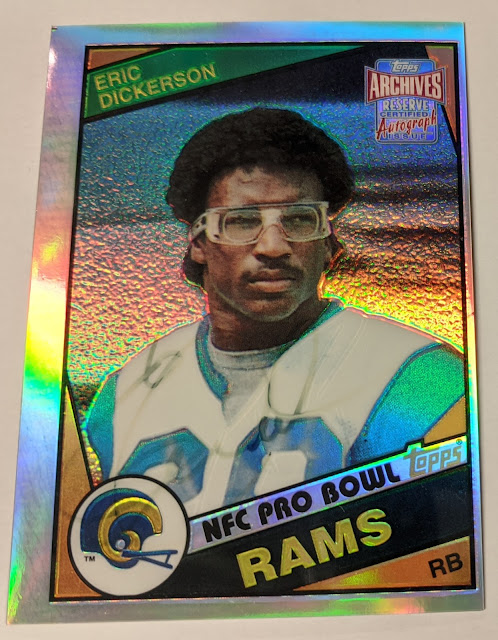 Here's another card of an all-time great I got for cheap due to the condition. Eric Dickerson autograph! But the autograph is very faded-- hardly there at all anymore-- plus the card is very off-center, so I landed this for single digits shipped. Can't complain about that. 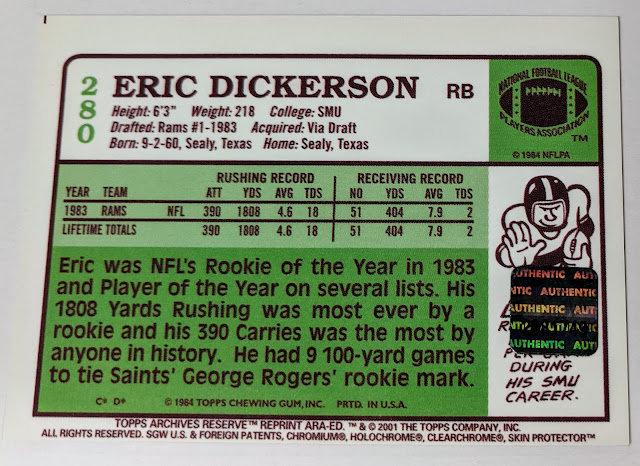 Hey, it's enough for me to check this off my Archives Reserve Master Set (ARMS) checklist, though with an asterisk that I'd ideally like to upgrade it someday to a copy that has a bold autograph and is better centered. But if that day never comes, oh well, at least I've technically got it!

Have a great weekend, everybody.
Posted by defgav at 1:53 AM