Nate from Big 44 Sports Cards posted about getting some bonus unopened packs of early 90s football cards he didn't have interest in, and were up for grabs free if anybody wanted them. Needless to say, I jumped on it!

I haven't ripped any football card packs since these sets were on the shelves. Nice trip back in time for me.
Let's take a look at some interesting pulls.. 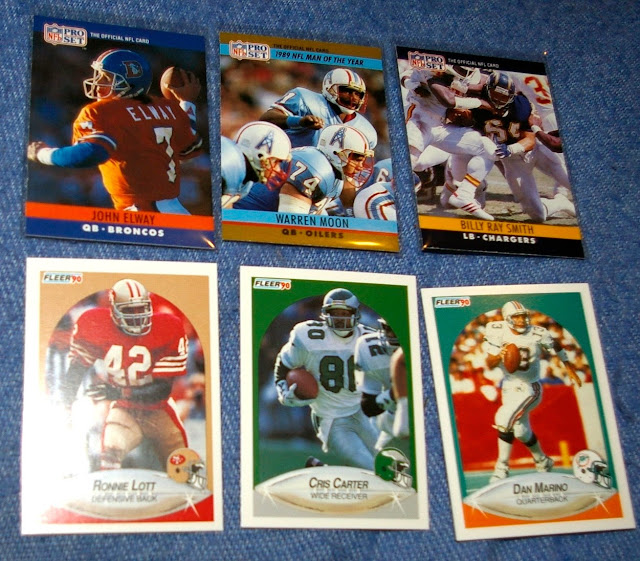 Here are some names I know. I mainly know Billy Ray Smith because he became a local sportscaster.. but I suppose he had a good playing career too. 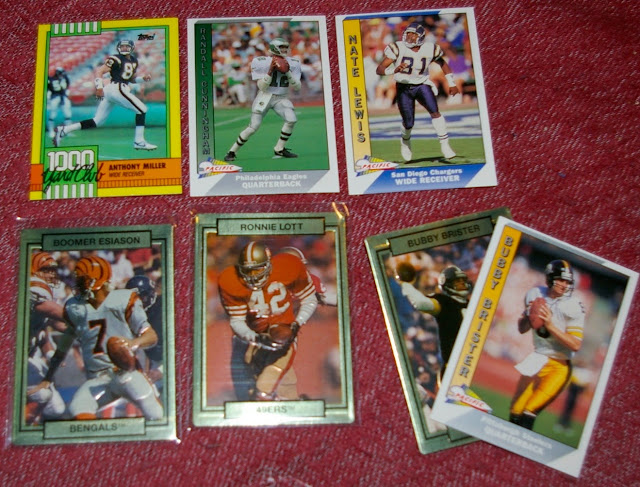 Here are some more guys. Before this, I never knew a man was ever named "Bubby" in the history of the world, much less a man who went on to play in the NFL. Am I dreaming? Was "Bubby Brister" a real, living person, or is this all in my mind? If he really existed, how have I never heard his name? He even played quarterback, a prominent position. I guess that was before I was paying any real attention to football. And he must not've been very good.

The '90 Topps Football pack included a broken piece of gum. I know in the past I've confessed to eating ancient Topps gum, but I draw the line if it looks like this: 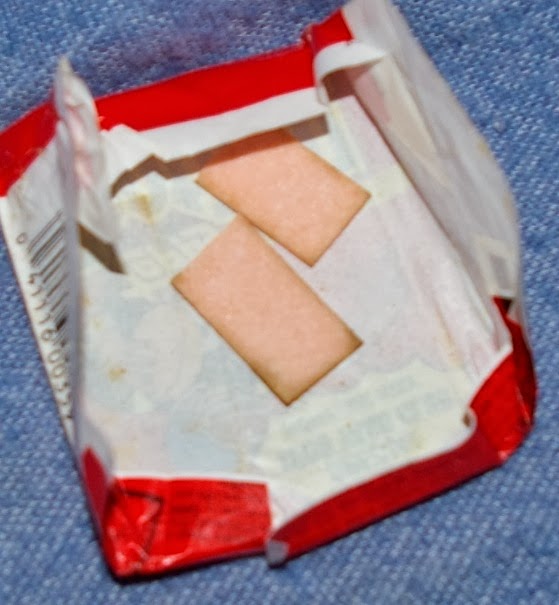 Gross. Brown-tinged edges? No thanks. (Bummer. I was kinda looking forward to crunching down on some old gum!)

Nate didn't just stop with sending me over the few unopened packs, though. He obviously took a peek at my wantlist and delivered some excellent surprises! 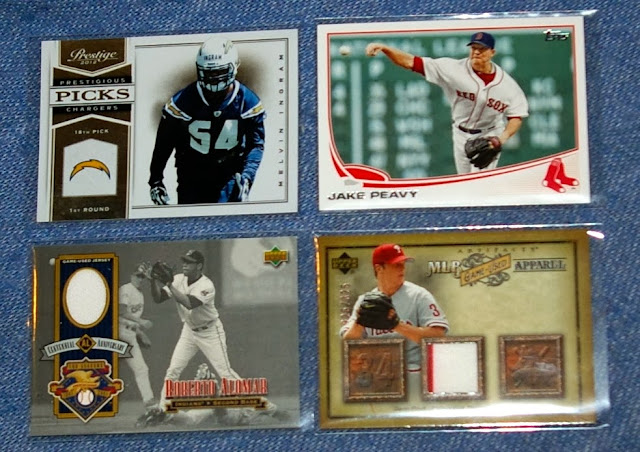 Charger draft pick.. nice. And some sweet PC additions.. an updated Peavy.. an Alomar relic.. and what is now easily the jewel of my Greatest Gavins mini-collection: a serial numbered Floyd relic. Amazing! 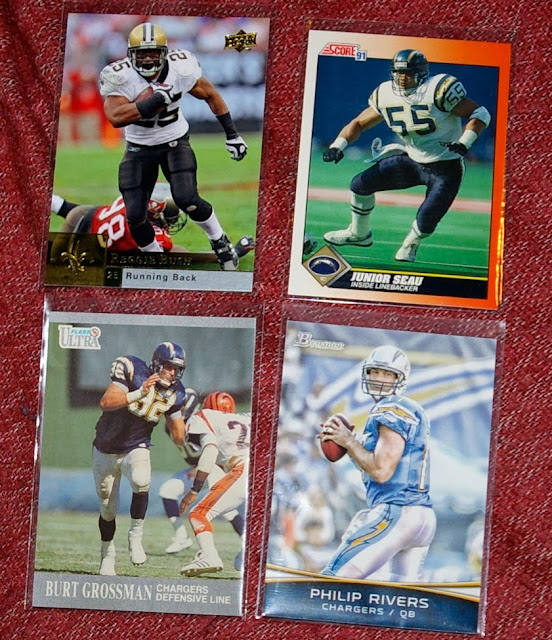 Thanks again for the sweet cards, Nate! Anything you might need from me, just let me know. I'll be on the lookout for any Pirate hits I could send your way to return the favor one of these days.

So yeah, check out his blog Big 44 Sports Cards and don't hesitate to swing a deal with him.. he'll treat ya right, I'm sure.
Posted by defgav at 2:15 PM