Welcome to the 3rd of 12 posts in this holiday extravaganza! I explained it in more detail in the prologue, but essentially I'm celebrating my twelve favorite Christmas Cards (cards that are serial numbered 12/25), one a day till Christmas. Sweet! 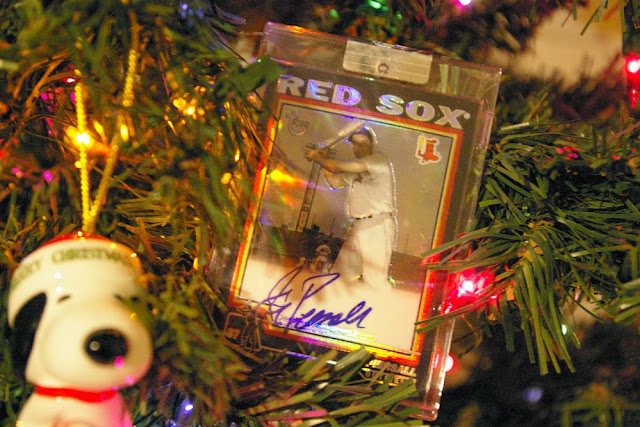 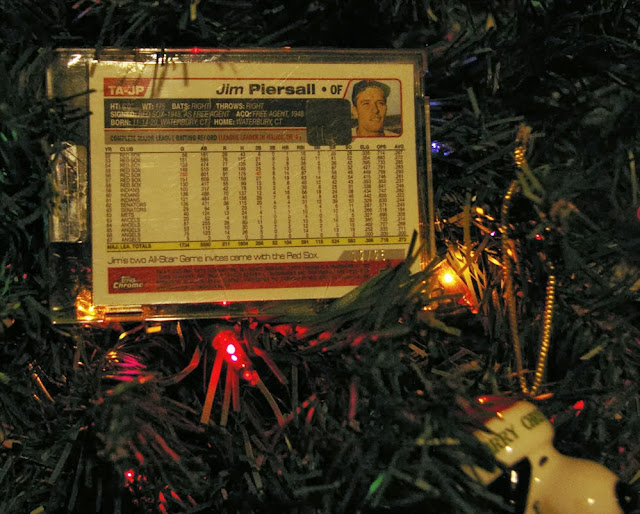 The Nutcracker Suite - Dance of the Sugar Plum Fairy


Ok, I couldn't really think up a clever song for Piersall, so settled for this. He was known for being a "nut" and he "cracked" a bunch of hits in his prime.. so it might be a stretch, but there's that.

This is the first 2004 Topps Retired card on this list, but it won't be the last! I absolutely love these certified autos more than my own children. Just kidding, I don't have kids. But if I did, it would be a tough call. Good thing I don't have kids, because my decision to collect this high-end set would conflict with my ability to put them through college.

These certified autos come in packs with an "uncirculated" hard case from Topps, which is nice because I don't want no greasy slob laying fingers on such an exquisite card, LOL. The "base" autos vary in print runs, and are not serial numbered. But each of the 76 autos have refractor parallels that are /25. I suppose this is where I first got into the whole "Christmas Card" collecting idea.

Nice, shiny Chrome refractor front, and an excellent back with another small photo, vitals, full career stats, and a sentence about how cool the player is. The serial number isn't too prominent, down in the lower right corner, but that's fine.. don't need to hit you over the head with it. I broke down this set in the first real post on this blog back in June, and have mentioned it several times since, with updates on my goal to collect all 76 autos.

I gotta admit Jim Piersall was one of the few names in the 2004 Topps Retired checklist that I wasn't really familiar with when I first got into the set. He's more often known by Jimmy, but this card calls him Jim.

A quick glance at his lifetime numbers won't blow you away, but where he really made his mark in the game was by being such a zany character. I mean, he had a few quality years, garnering a smattering of MVP votes for 5 different seasons, but not enough to compile HOF-worthy stats. He was also one of the best fielders of the 50s and early 60s, frequently leading AL outfielders in fielding percentage and range.

He was prone to getting in fights, being ejected, and exhibiting eccentric behavior on the ballfield. In his day, it was known as "being a nutjob" but now in our more delicate and educated society, his particular brand of crazy has been diagnosed as bi-polar disorder.

Some of his greatest hits of wackiness:

Seems like he must've been a fun guy to watch back in the day. The game needs an occasional loon to spice things up. Jimmy makes the "nice" list. 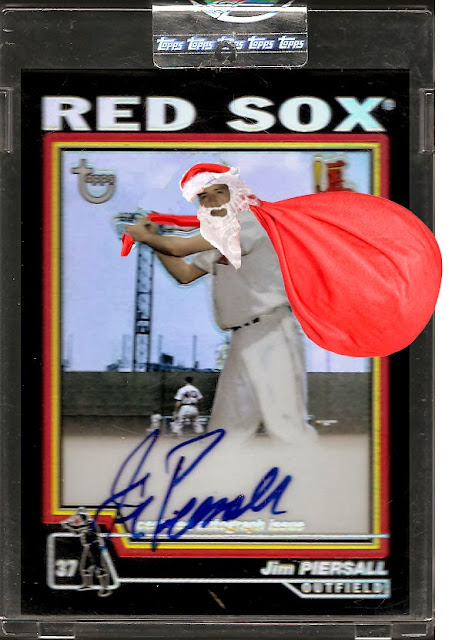 Don't forget the Contest of Christmas Past is currently visiting us. The most clever comment over the duration of the 12 Days of Christmas Cards wins a prize. Hardly any comments right now.. wide open field. So don't be shy, let your voice be heard below!
Posted by defgav at 7:41 AM