Welcome to the 4th of 12 posts in this holiday extravaganza! I explained it in more detail in the prologue, but essentially I'm celebrating my twelve favorite Christmas Cards (cards that are serial numbered 12/25), one a day till Christmas. Terrific! 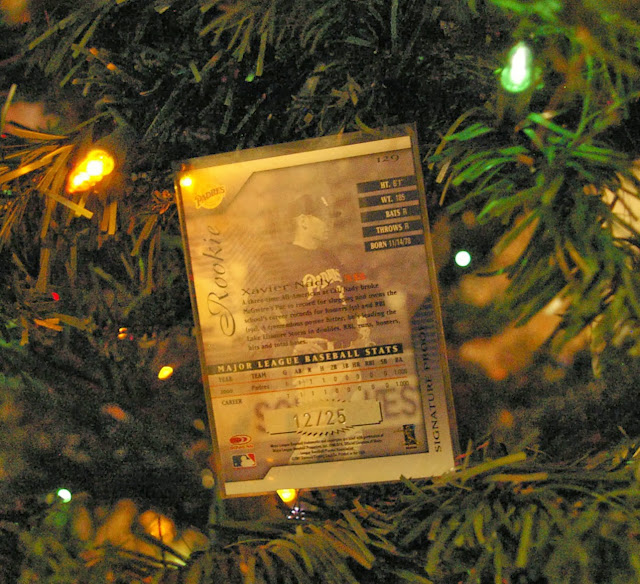 Happy Xmas (War Is Over)

This is the best-known holiday song that spells it "Xmas" in the official title, so it's an obvious choice for Xavier.


I'm temped to also link a Pete Yorn song, simply because I've always thought he and Xavier looked alike. --Oh hey, looks like Pete Yorn does have a Christmas song! Here it is:


Am I wrong, or are they separated at birth? 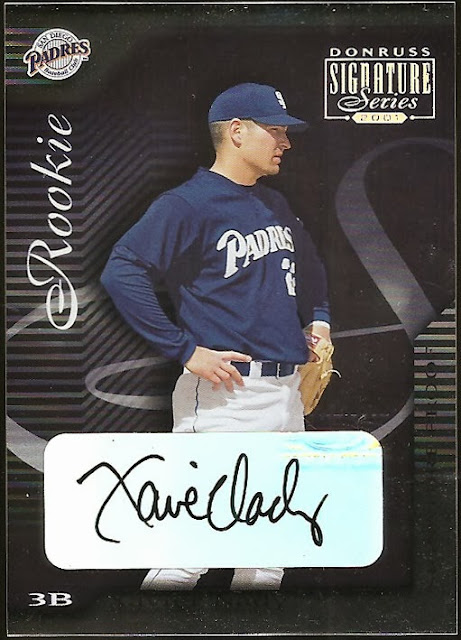 Sticker auto. Nady's signature looks like it reads something like "Xavie Clacly". My scanner didn't do a great job on the scan. His name is at the bottom, but doesn't show up well here.

Kind of a "bah humbug" card. Boring photo. Same boring photo recycled on the back.. Big pet peeve of mine is when a card uses a version of the front picture on the back. Get a different picture, lazy card company! 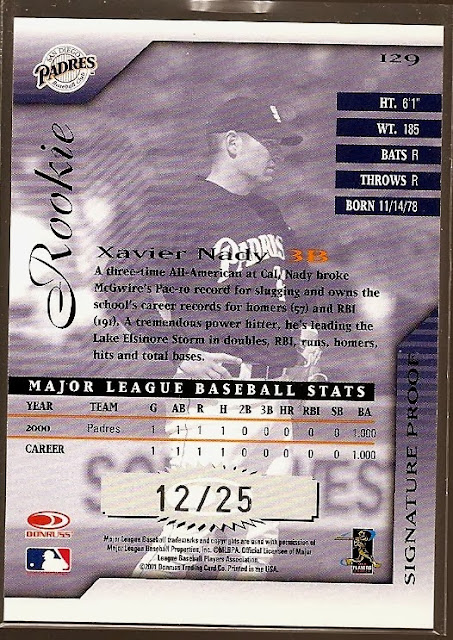 So yeah, this isn't the prettiest card ever, and the player is far from a household name, but it's on our list at a decent position thanks mainly due to my team allegiances. We've already seen another guy who went on to become a Padre (Jody Gerut).. and before it's over, we'll see another guy who also spent time in San Diego.. But this right here is currently the only Padres Christmas Card I own, so that's good enough to creep up a few places on the countdown.

I remember when Nady was hot property for the Friars, ranked as a Top 100 prospect by Baseball America for 3 straight years in the early 00s. And while he didn't quite flop as hard as someone like, say, Ruben Rivera or Melvin Nieves, he never quite lived up to expectations in 4 partial seasons in San Diego.

He has since bounced around with several other clubs, never really wowing anybody except maybe in 2008 when he hit .305 with 25 home runs and 97 RBI split between the Pirates and Yankees, also playing excellent D in the outfield. This past year was the first season in a decade in which he didn't see any major league action, batting .296 down in AAA split between the Royals and Rockies organizations. He's currently a free agent, so we'll see where (if) he lands next year. As it stands, he's a lifetime .270 hitter with 101 round-trippers.

Yep, you read that right: Xavier's career high for homers is 25 in '08 (12 of which were when he was a Yankee). Coincidence? Not a chance. It's Nady's sly nod to Christmas cheer. 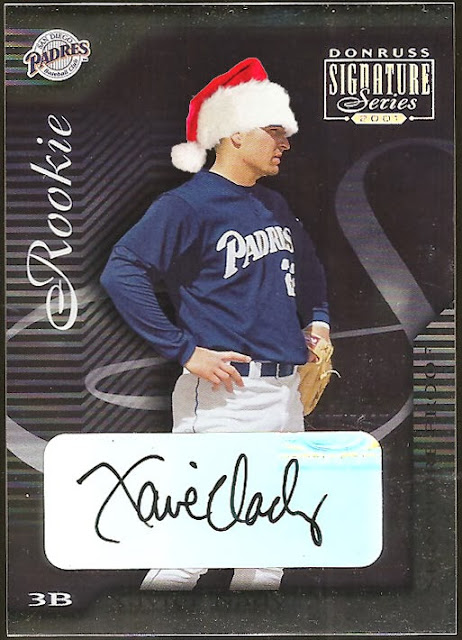 When I can't think of anything cool to do with a card, I either add a snow effect or slap a santa hat on the guy. Went with the latter this time.

My fiancée coincidentally was also inspired to get into "12 Days of Christmas"-themed fun, and has been gifting me with a fancy beer for the past few days: the Twelve Days of Beermas. I'm a lucky man. Below are the four I've gotten so far, each very nice. 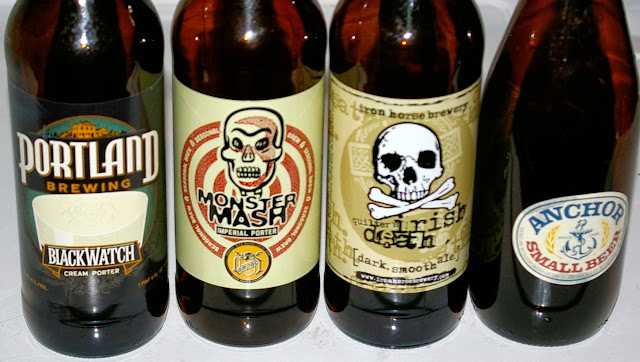