Welcome to the 8th of 12 posts in this holiday extravaganza! I explained it in more detail in the prologue, but essentially I'm celebrating my twelve favorite Christmas Cards (cards that are serial numbered 12/25), one a day till Christmas. The web traffic for these posts has been anemic, sorry to report.. Let's see if a pretty lady can turn things around! 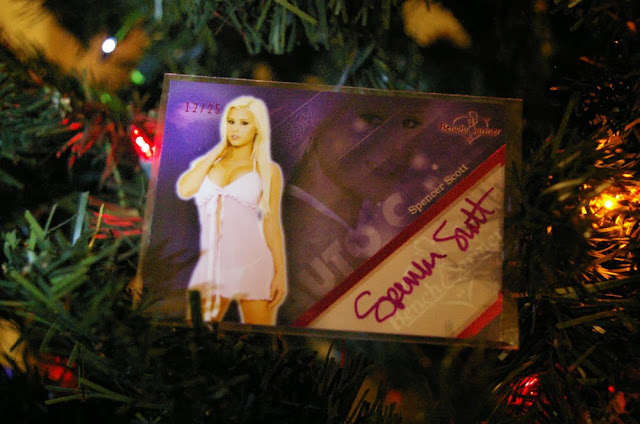 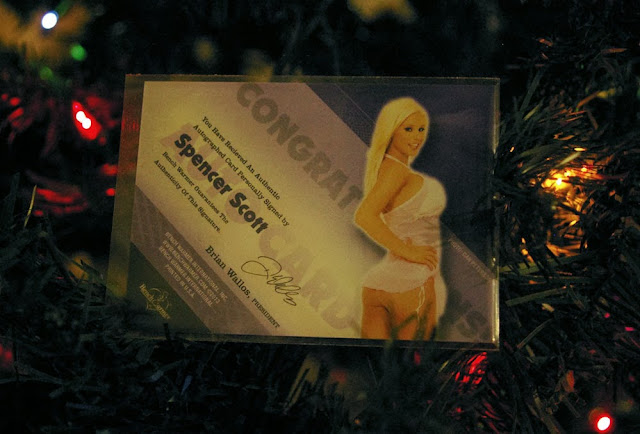 
I kinda hate this song, really, but it's the only "sexy" Christmas song I can think of.

So here's some nice jazz instead. I can't really think of a way to relate it to the card, other than I suppose it'd be good mood music.


I love John Coltrane a lot. He never really made a Christmas album, but his rendition of "Greensleeves" here always gets lots of play in my house, especially near the holidays. Another "not really a Christmas song, but sometimes kinda is" is his version of "My Favorite Things". I'll go ahead and link that one too. I can relate it to the featured card because pretty girls are among my favorite things! 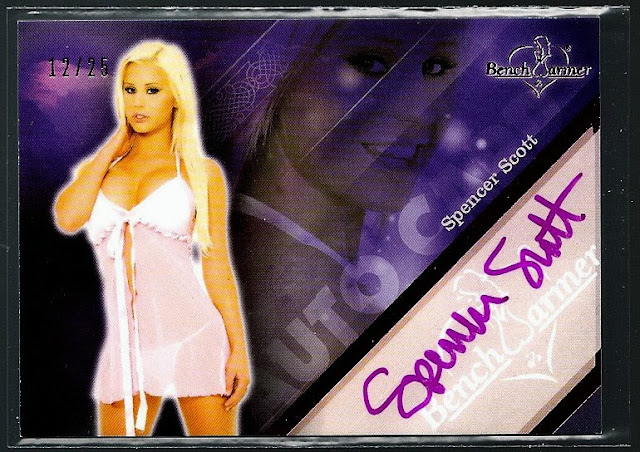 Oooh, Lordy! A pretty girl! You know, I sometimes would see these Benchwarmer girlie cards pop up in the Listia sidebar of "other things you might like" because they were in the sportscards section and I'd think, "Who buys that stuff??" With all the smut available online for free, why pay for a PG-13 picture? But cut to a few weeks ago when I was building up my Christmas Card collection and this lovely young lady popped up among all the sportscards, well, I couldn't resist her siren song and had to throw in a competitive bid.

These Benchwarmer cards have many /25 parallels, and with that come Christmas Cards. Lucky for me, this one features a very pretty girl. Not all of the Benchwarmer ladies are all that hot, in my opinion. I feel like I should stop here and assure you I don't just think of women as objects, and have nothing but the utmost respect for the female gender.

That said, I like pretty girls and am not afraid to admit it. 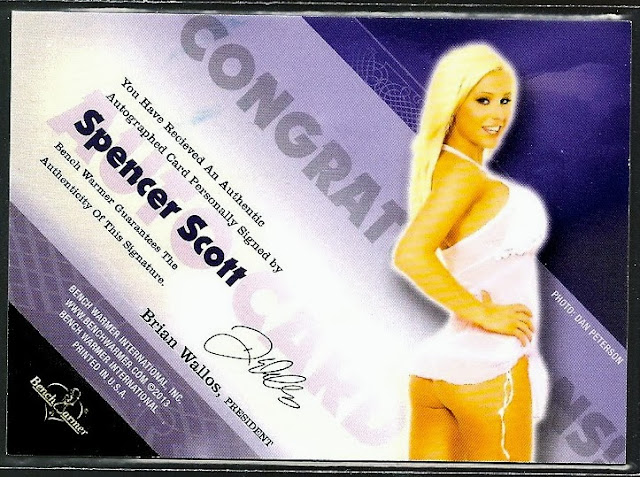 I have no idea who Spencer Scott is besides that she's a pretty girl. So pretty, in fact, that I've been compelled to put her at a high position on the 12 Days countdown. Pretty girls often have that sort of effect on men.

It's funny that she's got a boy's name for both her first and last name. I've known a few Scotts in my day, and in first grade, my best friend was named Spencer.. but, wow, none of those guys looked like this! So far on the countdown, we've had a man named Jody, a man named Dominique, and a woman named Spencer. Has everything gone topsy-turvy?!

Let's search the web and learn about her together. 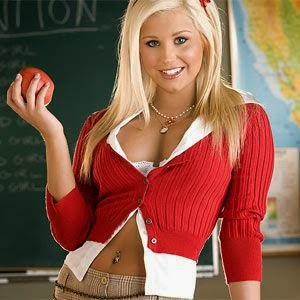 Spencer Scott (born April 4, 1989) is an American model who is the Playboy Playmate for October 2007. She is a native of Dallas, Georgia who moved to Los Angeles after graduation from high school in 2007. Scott appeared on The Girls Next Door as Holly Madison's assistant.

As for what else my internet research uncovered.. well, let's just say I learned she has a small tattoo on her lower belly and leave it at that. Wink!!!

No stat. You're still reading? Pat yourself on the back if you had the self-restraint not to Google image search "Spencer Scott nude" just now. 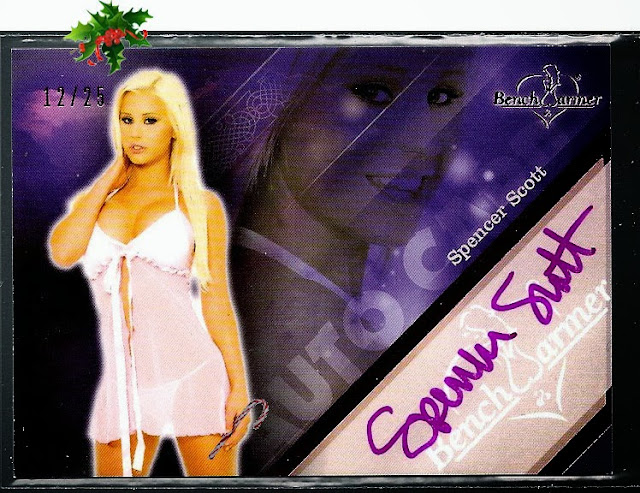 I should have 'shopped in Santa ogling her, but ran out of time. Just imagine he's hiding behind the signature banner.

[with hyperlinks for the first week, so you can catch up on any you missed!]

Happy Holidays, and see you tomorrow for the next Christmas Card! Back to sports tomorrow.

Tonight is my big DJ debut at my future bro-in-law's wedding. Excited! Wish me luck. I'm still finalizing my tentative lineup of tunes. After this, I'll finally have some breathing room (I'm taking off work the two days before Christmas, giving me a nice 5-day weekend). It's been a stressful 2 or 3 weeks, so I'm definitely looking forward to relaxing a little bit. I still have to draft the posts for the remaining Days of Christmas Cards, so just a heads up that they might be posted a little late in the day(s). Just hang tight, guys! Thanks again for reading.
Posted by defgav at 9:11 AM