Welcome to the 5th of 12 posts in this holiday extravaganza! I explained it in more detail in the prologue, but essentially I'm celebrating my twelve favorite Christmas Cards (cards that are serial numbered 12/25), one a day till Christmas. Outstanding! 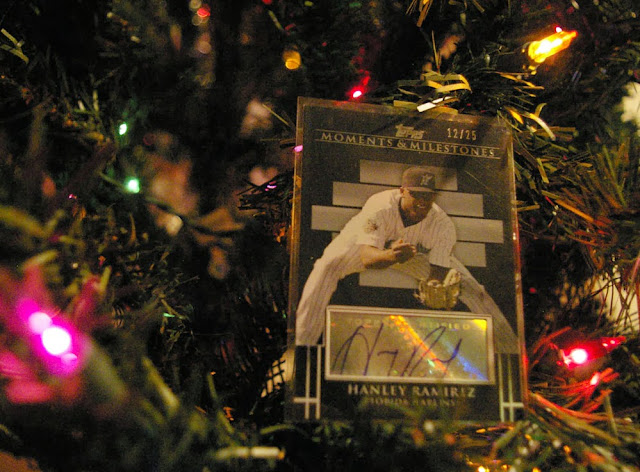 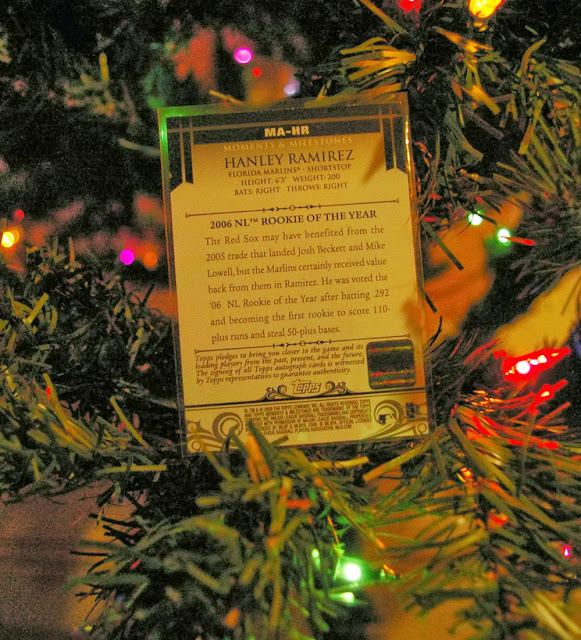 I picked a couple songs for this card. First, since this card mentions milestones, and since the word milestone is close to the word mistletoe, I went with "I Saw Mommy Kissing Santa Claus" since that's the only mistletoe-centric song I could think of. Secondly, since I believe Ramirez is the only Latino on the countdown, gotta go with the best-known Christmas song with Spanish in it, Feliz Navidad.


Honestly, I kinda hate "I Saw Mommy Kissing Santa Claus". In elementary school, we were all forced into choir with the endgame being a holiday concert for the parents, and I remember rehearsing this awful song countless times. Still causes me a little tinge of pain to hear it all these years later. The smooching sound effects in this version are especially terrible. I hope for your sake you aren't listening to it right now. Instead, click on this one:


Now this song is ok with me. It's one of the very few Christmas songs I've learned on guitar (the other being "Christmas [Baby, Please Come Home]"), so if I'm at a holiday gathering and somebody hands me an acoustic, this is the song I'll likely choose for some singalong caroling. It's pretty much than same thing over and over for three minutes, so listening to it once per year is plenty. 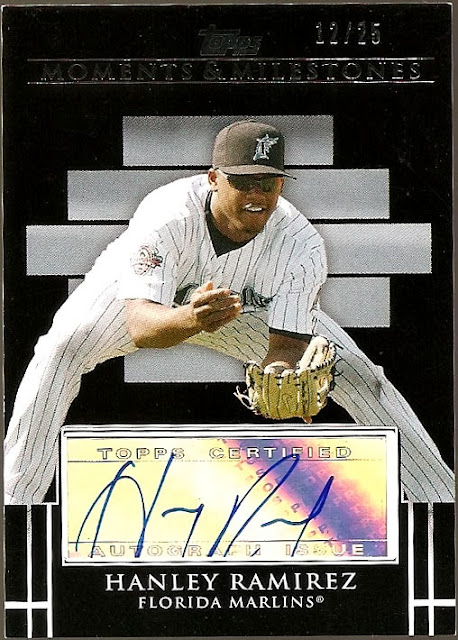 This is a real nice looking card. There's a white "base" version of this auto that's not numbered, but these black parallels are /25, obviously. The unfortunate fact that it's a sticker auto aside, it's a cool design and great photo selection (Ramirez is straddling his signature). Like the Jody Gerut we saw earlier in the list, this card is also constructed with the sticker being sort of "inside" the card, not just stuck on the surface, which I think is generally a good way to go, (failing an on-card auto, which is ideal). But it sort of backfires here, as it looks like the card actually covers up the bottom of Hanley's signature. You're almost tempted to tear up the card a little to reveal the hidden ink! Oh well, such are sticker autos. 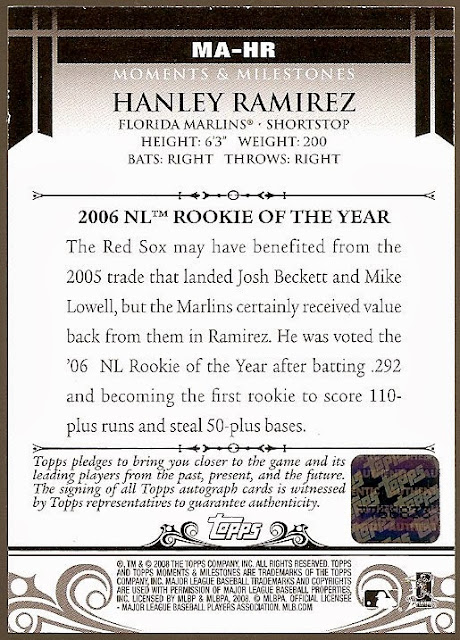 Ramirez had a few real nice years with the Marlins: ROY in '06, led the league in runs in '08, batting title in '09. After falling off in 2011 and 2012, he rebounded with an excellent '13 season, leading the Dodgers to a surprising playoff run and coming in 8th in MVP voting despite injuries limiting him to only 83 games. I'm sure the LA faithful are crossing their fingers he gets in a full 162 next year, playing the same level of ball.

Hanley's birthday is December 23rd! ..blowing out the candles just a couple days prior to Jesus. Not exactly a "stat", but I'll take it! He'll be 30 in a few days. 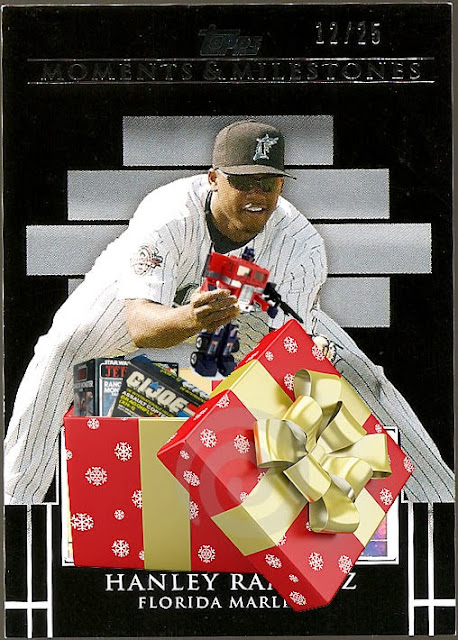 Ah, score!! Looks like Hanely got some awesome presents this year!

How are you guys liking the countdown so far? Blog event of the year, perhaps? My page views and comment numbers aren't exactly what I was hoping for, but it's cool. I hear it's a common occurrence for blog traffic to decline in December because everybody's got a lot going on, so less time for screwing around online. Oh well, the few of you guys reading... you know what's up!
Posted by defgav at 7:38 AM