Welcome to the 7th of 12 posts in this holiday extravaganza! I explained it in more detail in the prologue, but essentially I'm celebrating my twelve favorite Christmas Cards (cards that are serial numbered 12/25), one a day till Christmas. Joy! 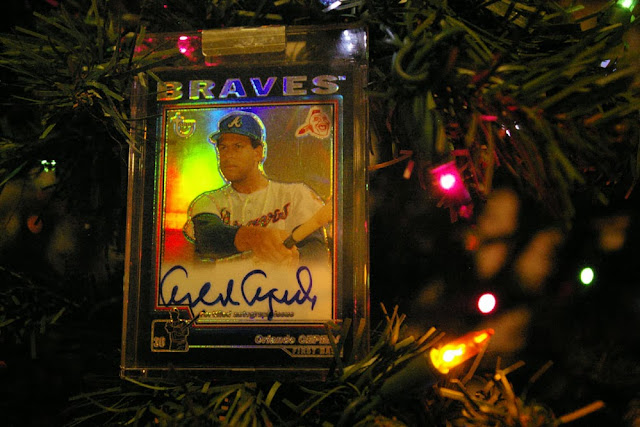 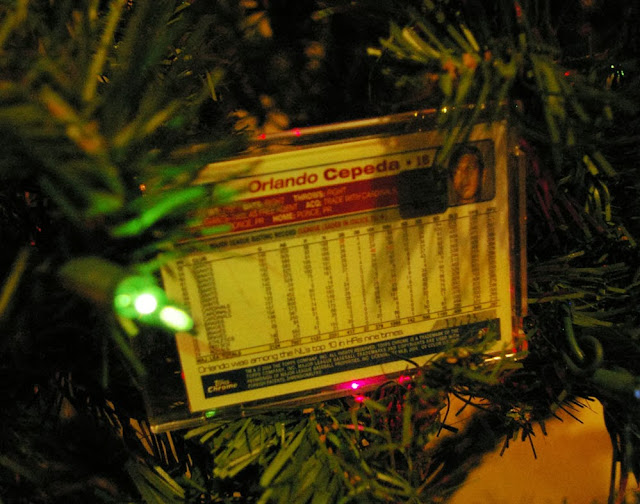 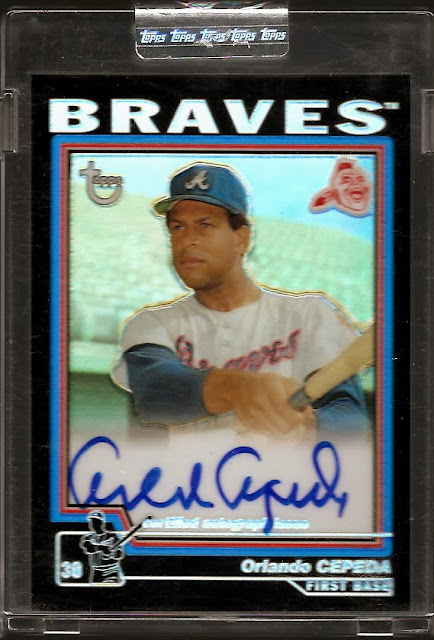 You already know how much I love 2004 Topps Retired. This is the 2nd card in the list from that set, following Jimmy Piersall a few days ago, and I've got a suspicion it won't be the last. Sweet card. The scan doesn't do the refractor justice. Great design, full stats, love it! 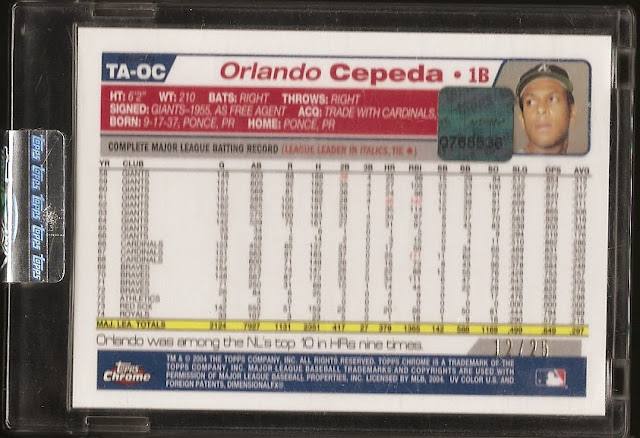 Cepeda is the first Cooperstown inductee on the list. A couple days ago, I mentioned that Hanley Ramirez was the only Latino in our 12 Days, but I forgot about the Puerto Rican Baby Bull, here. He's sort of a fringe HOFer, missing out on the writers' ballot, but eventually getting in thanks to the veteran's committee. Still, though, he's in the Hall now and nobody can take that away from him! Rookie of the year in 1958, MVP runner-up in '61, won a ring with the Cardinals in '67, also bringing home the MVP award that year. Definitely a fine career.

In his MVP/Championship season of 1967, Orlando cranked 25 home runs and led the league with 12 HBP's. I'll bet he took those beanings like a man because he wanted a nice festive total! 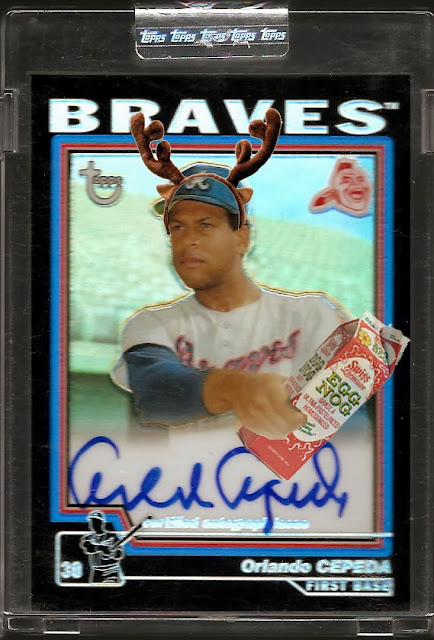 Look at this! Orlando appears to be almost overtaken by holiday cheer!

Orlando doesn't have a very legible signature, though it's definitely not the worst we've seen on the countdown. While, sure, I prefer my auto cards to have a big, fancy, legible signature, I'm not too harsh on sloppy signers. In my current job, I have to sign my name dozens of times in a typical day. Since I started there this past April, my signature has gotten worse and worse. I never had a great signature, but these days it's mostly initials and squiggles. But in my defense, I'm signing for dumb, bureaucratic reasons. No one wants my signature just to have it. It's really just there so if there's a screw-up on the form, they know who to blame. I'm all about efficiency, and spending 5 minutes of my workday on signing my name isn't very efficient. So while I definitely appreciate guys who take their time to write a nice-looking signature, I can't really fault guys who jot it down in one second flat.
Posted by defgav at 7:39 AM