Welcome to the 10th of 12 posts in this holiday extravaganza! I explained it in more detail in the prologue, but essentially I'm celebrating my twelve favorite Christmas Cards (cards that are serial numbered 12/25), one a day till Christmas. Here's a fun one.. a Vida Blue Christmas card. 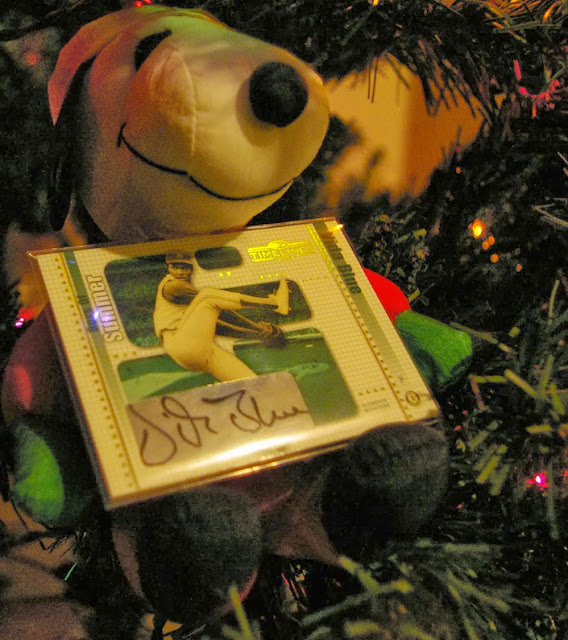 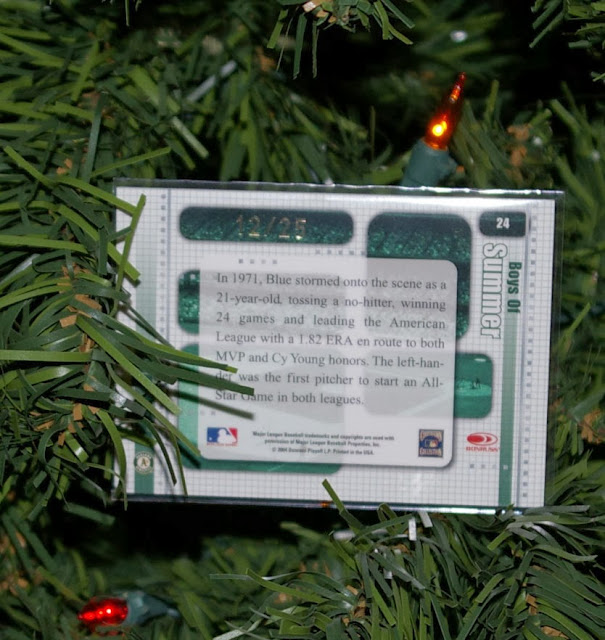 
Yesterday, I mentioned Christmas with the Chipmunks was a perennial holiday favorite of mine. The Beach Boys' Christmas Album is right there with it as another album I've listened to at least once every Christmastime since I can remember.

Seeing as this is an Oakland A's card, "Greensleeves" is another apt song. I already posted the John Coltrane jazz version a couple days ago, but here's a nice orchestral version. 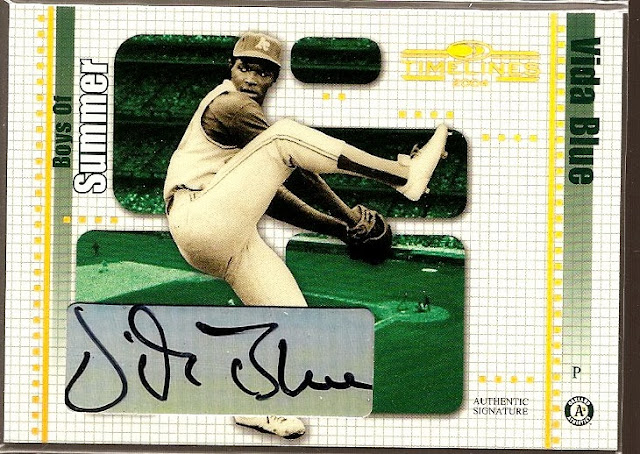 Ah, I miss Donruss. (A panini is a type of a sandwich.. dumb name for a sportscard company.) I also miss non-Topps baseball cards with logos.

Sticker auto. This is a decent-looking card, but really the reason it's so high on my list of favorites is that I love Vida Blue. (and yes, the Blue Christmas pun is pretty great.) 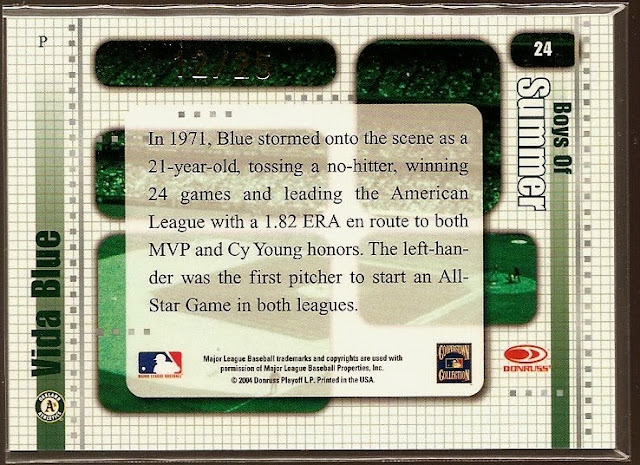 Back during my initial stint of collecting in the early 90s, one of my prized cards was a Vida Blue RC. I still have it and smile every time I flip through my cards and it comes up. Not sure exactly how he became one of my main collecting guys, since he never played for my hometown Padres or anything. I probably gravitated toward him because (a) he has a cool name, and (b) he often looks like he's genuinely having a good time on his cards.. his '71 and '74 Topps cards, especially.

Vida had that one amazing year mentioned on the card back above, and a few other really good years, picking up 3 rings along the way.

I came up dry here, so instead I'll mention that Vida Blue's middle name is Rochelle. That's pretty funny.

Ah, a vacation day. Finally a chance to just chill out. Feels good. Still got lots to do, though.. Wrap gifts, chores around the house, etc. I hope you guys out there are having a fun and safe mid-December to remember.
Posted by defgav at 8:13 AM