Everything's Coming Up Milhouse!.. or Bryce Harper, in this case


I don't want to get too excited till we've inked the lease, but it looks like my little family unit (me, my fiancée, and our dog) will be movin' on up.

After 4 years in a basement apartment of a big house, we've got our eyes set on renting a nice little house all to ourselves. While it was great living here at first, a couple years ago a super annoying couple moved in upstairs and just ruined the house, mainly thanks to their asshole dog who barks sooo much, at all hours. Of course, it's a "chicken and the egg" situation.. Is it a shitty dog because it has shitty owners, or are the owners shitty because it's a shitty dog so why bother? Probably a bit of both, creating a perfect storm of a shitshow dog.

Anyways, sorry to vent my issues on you (I had second thoughts and edited out the worst bits), but just want to give a little idea of part of the reason we are so ecstatic to be leaving here for our very own place.

So Monday, after a very stressful day and a half anxiously hoping we'd get the house (we were not the first people to apply), we got an email from the owner saying our application was chosen, and as long as all the references and stuff check out, we should be good to sign the lease soon. Man, my girl and I had a virtual danceparty celebration over email. (She has grad school Monday nights, so she wasn't home.) Sooo happy!

To reel this in to the topic of baseball cards, that evening I celebrated by opening the repack I bought at Target the other day. I already posted about the '14 Topps blaster I ripped. The highlight of that was probably the first card I saw, the Bryce Harper patch. Here's a better picture of it. 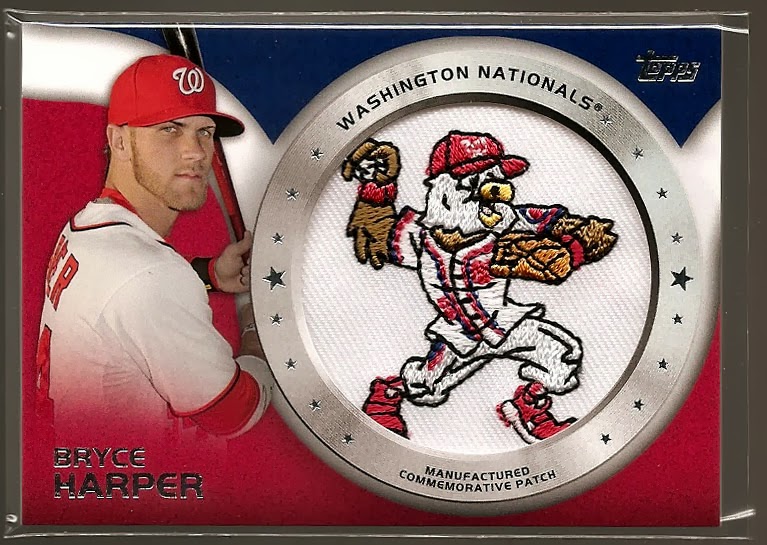 Love that crazy ball-playin' bald eagle! Makes for a much more interesting card than just a boring Washington "W" logo or his jersey number or whatever manipatches usually use.

So on to the repack. This was my first-ever Fairfield repack. I took me a while at the card rack debating if/which I should get. You gotta remember that I very, very rarely buy cards away-from-keyboard, usually ordering online like on eBay or something. So many different products to choose from. I went with a blaster boasting 4 unopened packs plus 50 loose cards. 2012 Chrome was the top pack showing, with cover boy Bryce Harper. I thought it'd be cool to try for a Harper RC. 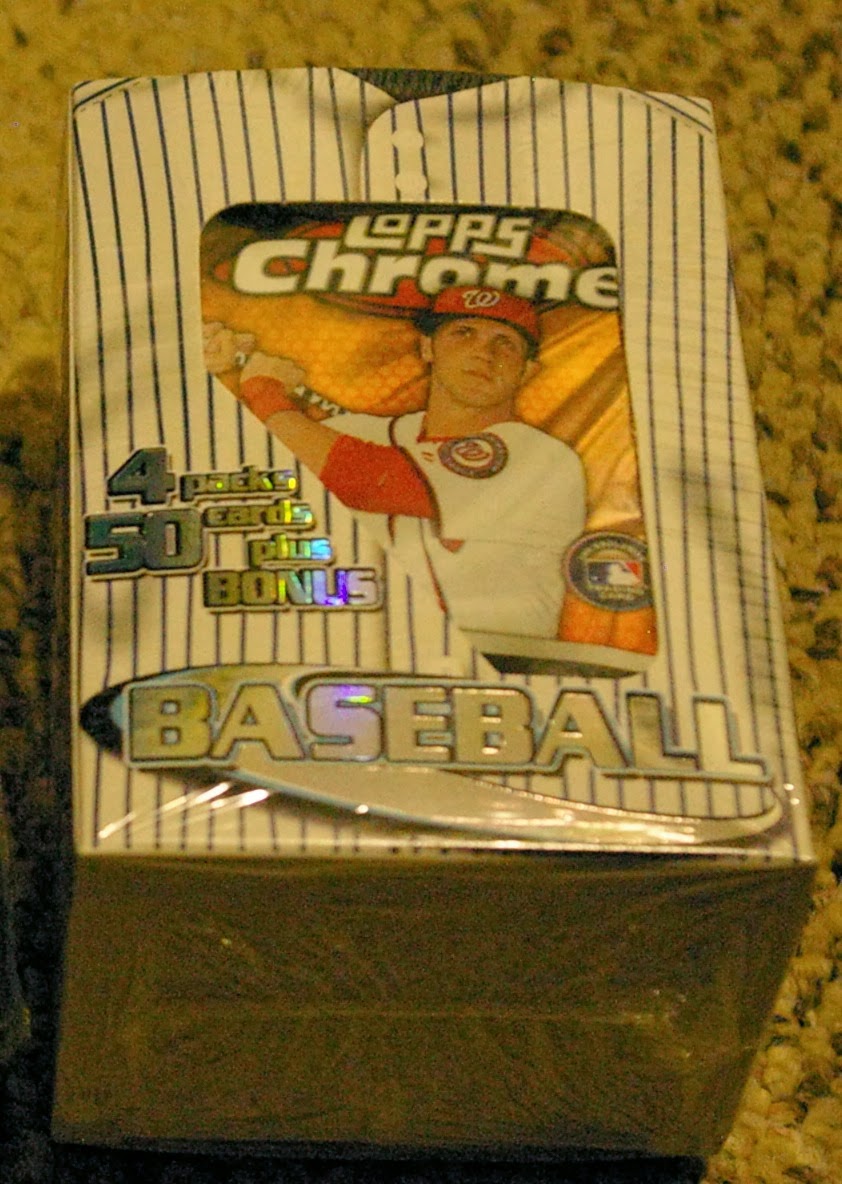 Ripping 'er open, what's the first card I see? A Bryce Harper RC! Nice! After thumbing through the rest of the cards, I said to myself, "Not bad, but as a base card, doesn't quite pay for the blaster." And just then I see some rainbowy shine coming off the card. Giving it a better look, sure enough, it is a refractor. A quick check tells me this is about a $20+ card, so yes, that would easily cover the $7.99 for the repack. The only problem is it looks like the packs were crammed into the box pretty tightly, and being an outside card, it was vulnerable, and the lower right corner took a slight dinging, knocking down the value a bit, I'm sure. But it's fine. I planned to hang on to it myself anyways, semi-collecting Bryce, as I do.

A few other less-exciting highlights from the repack: 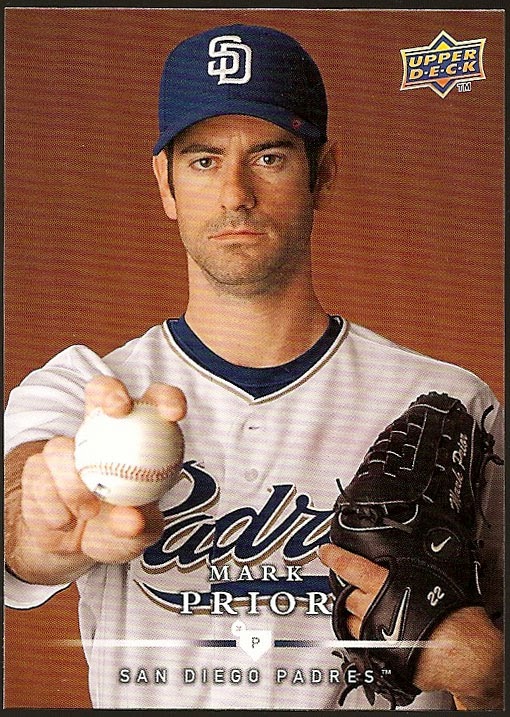 I still remember having optimistic high hopes when Mark Prior attempted his comeback with the Padres years ago. Unfortunately, it didn't work out too well, and this became a "year zero" card, with Mark never pitching in an official game with San Diego. 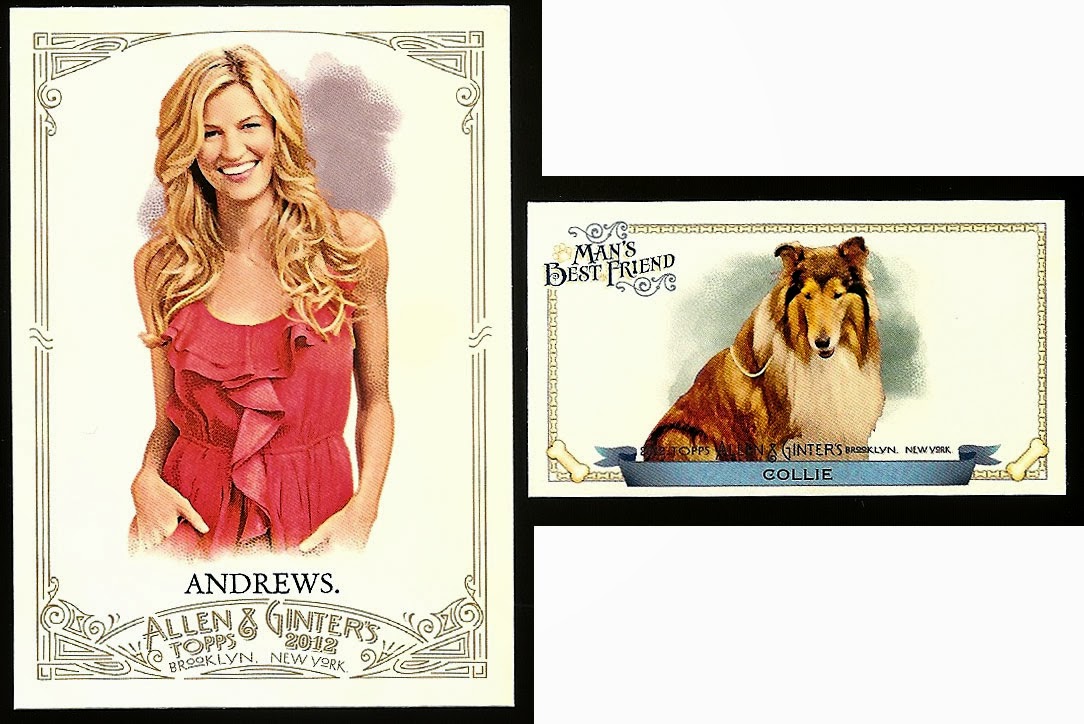 I'm an outcast in the card collecting world because I don't like Allen & Ginter. At all. But thanks to this repack, I ripped my first (and last?) ever Ginter pack. At least I got that lovely young woman whose card I've seen on other blogs. Also a Lassie mini. 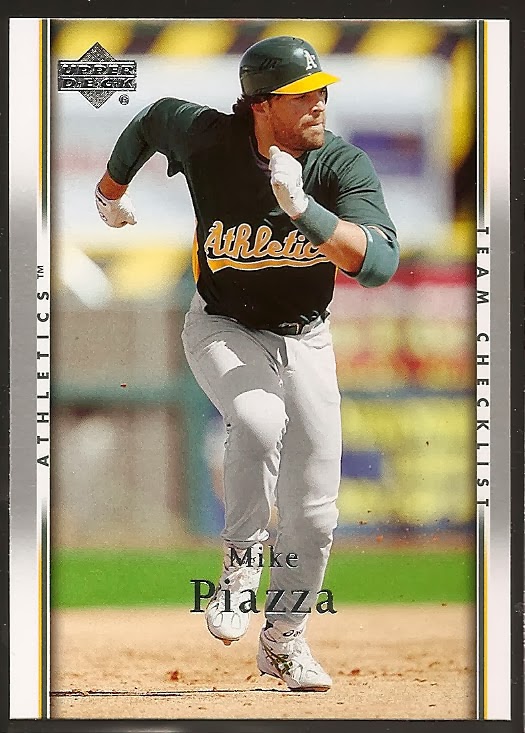 I like Mike Piazza, but he has too many damn cards. As a former Padre (soon to be) inducted in the HOF, he's wedged himself in one of my main collecting goals: "All cards of any player in the Hall who ever played a game for the (MLB) Padres." He just spent one year on the squad. That's a lot of total cards to collect, with only a small fraction of which being Padres cards. Ah, such is collecting! 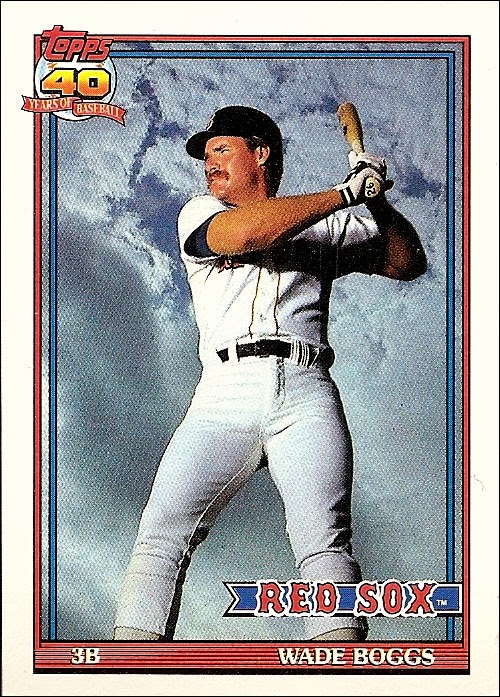 This was one of the 50 loose cards (the rest of the cards I've shown were from packs). Not surprisingly, 90% of them were junk. I was just thinking about this classic Boggs card the other day while working on a forthcoming blog project for which he has a part in (starting Sunday, 2/9!), and realizing I probably didn't own it anymore (I know I had it back during my initial card-collecting run of the early 90s). So I was happy to pull it and be reunited with this guy in the sky.

So there you go. My first ever Fairfield repack. This wraps up my Harper-hot card shopping spree at Target.. if you count 2 blasters as a spree. Thanks for reading and see you next time.

UPDATE!!! Moments ago, just got confirmation that we've been offered the lease!!! Our own house. We move in this weekend. This is one of the happiest moments of my life. =D
Posted by defgav at 5:20 PM