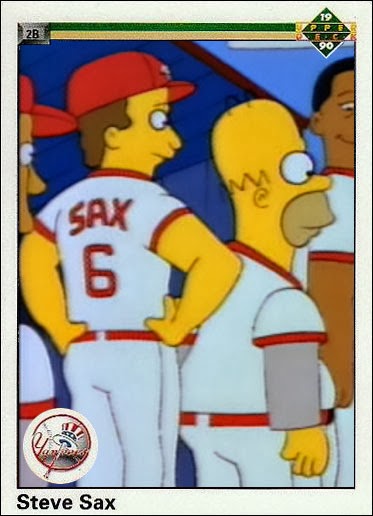 Steve Sax was one of the best second basemen of the 80s. In hindsight, Ryne Sandberg would seem to be the obvious choice for the Power Plant's 2nd slacker (and in fact, he was asked, but declined), or maybe Roberto Alomar, but Sax was a good choice too.

His career got off to an exciting start, getting called up during the Dodgers' incredible playoff run of 1981. He won ROY the next year and made the All-Star team a few times. He was with LA through their next World Series Championship, then signed with the Yankees for the 1989 season. When "Homer at the Bat" aired (early 1992), Sax had just recently been traded to the White Sox in the offseason.

On the show, Steve gets pulled over after Springfield Police profile him due to the New York license-- Guess he hadn't gotten a chance to get his Illinois plates yet-- and ended up missing the game while in jail.

Police Officer Lou: I heard some guy got killed in New York City and they never solved the case. But you wouldn't know anything about that, would you, Steve?

Police Officer Lou: You don't know when to keep your mouth shut, do you, Saxy Boy?!

Sax never really got on track for the White Sox, and retired a month into the 1994 season. These days, the fact his career really fell off after the episode adds to the feeling that he was out of place among the talent of the Springfield Nine. But again, from '82 through '91, he was easily one of the game's best at his position and likely would have been on track for the Hall had he kept it up for a few more seasons.

I believe he's currently first base coach with the Diamondbacks. 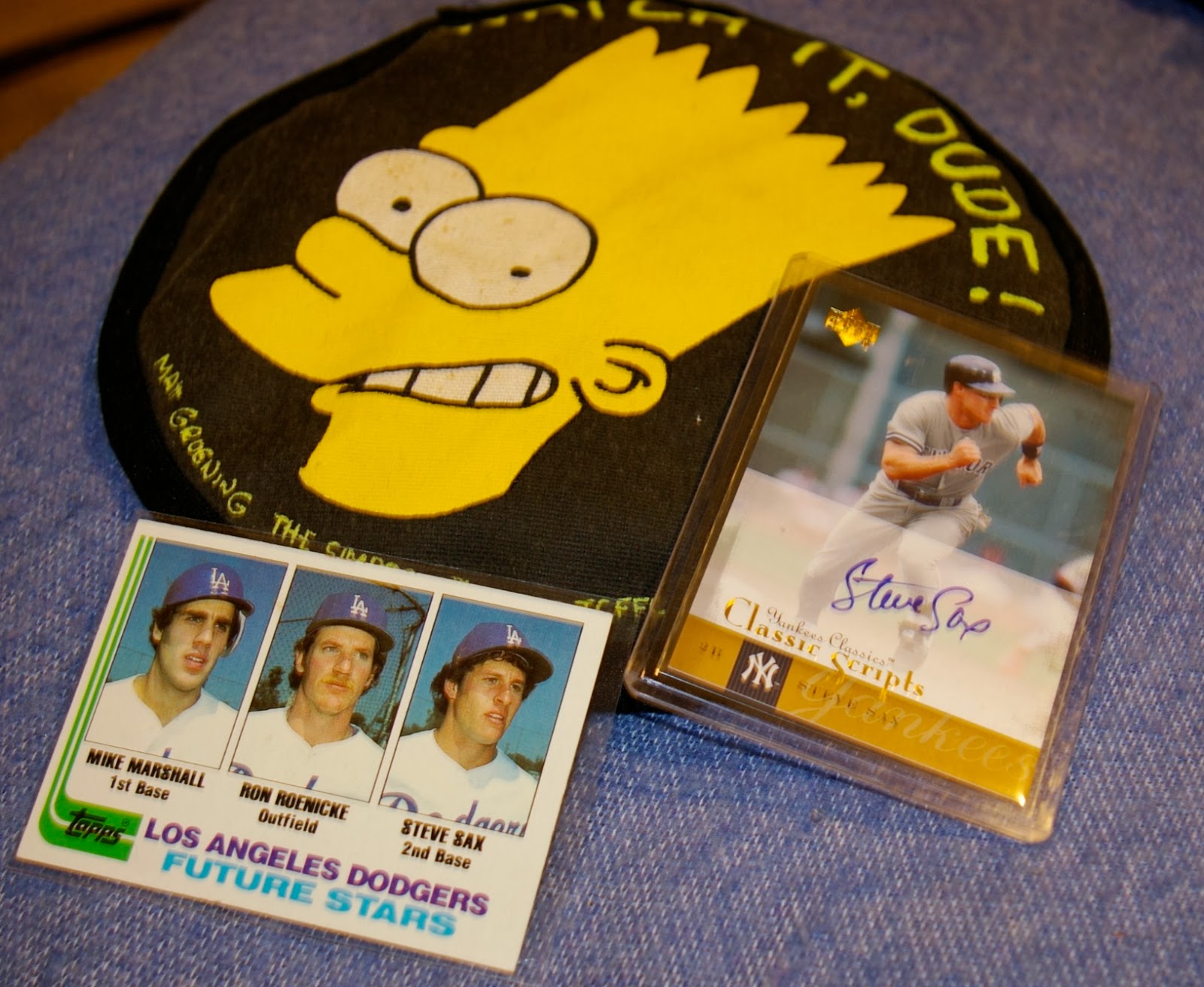 I recently picked up that auto in my quest to own a signature from each of the players who guested in "Homer at the Bat". Otherwise, not much Saxiness in my collection besides his Topps RC which I got in a Listia lot a few months back.

How bout that sweet Bart flexi-frisbee up there? I've had that forever. A couple posts ago, I alluded to the fact that it'd be cool to have an animation cell from an early Simpsons episode, or maybe an autograph from someone involved with the show. Well, I don't own any awesome Simpsons collectibles like that, sorry to say.

But I do have a couple cool animation items that I might as well show off here.

A few years back, I befriended (online-acquaintanced, really) Craig McCracken, who is the creator of the Cartoon Network shows The Powerpuff Girls and Foster's Home for Imaginary Friends. Turns out we're both big fans of the musician Frank Black, and so we traded live bootlegs a few times (He had initially contacted me about a trade and I was like, "Wait-- are you thee Craig McCracken?!"). He was nice enough to hook me up with some pretty cool stuff. 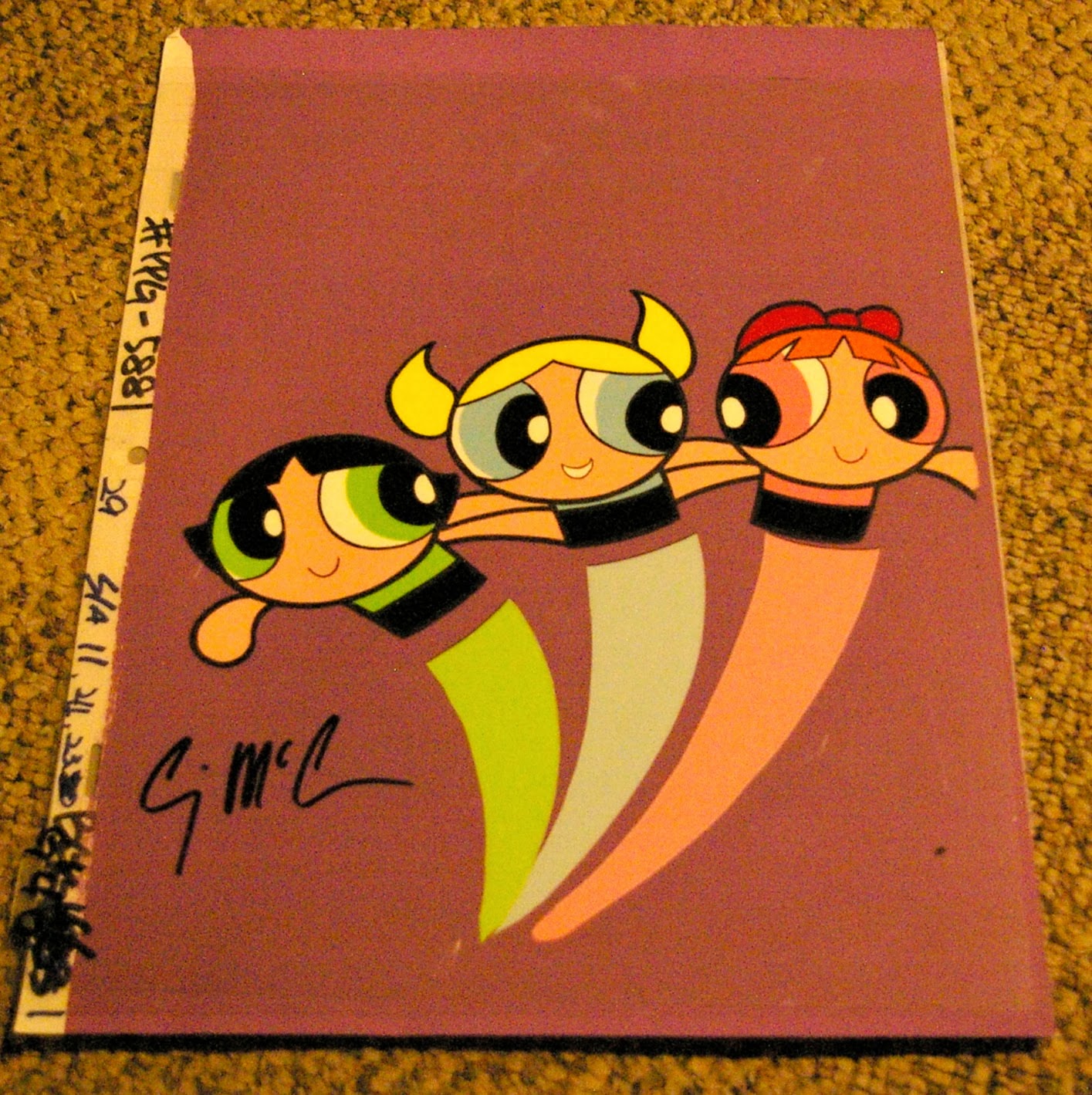 Sweet!
And here's a personalized original sketch he whipped up for me (the top text are Frank Black lyrics): 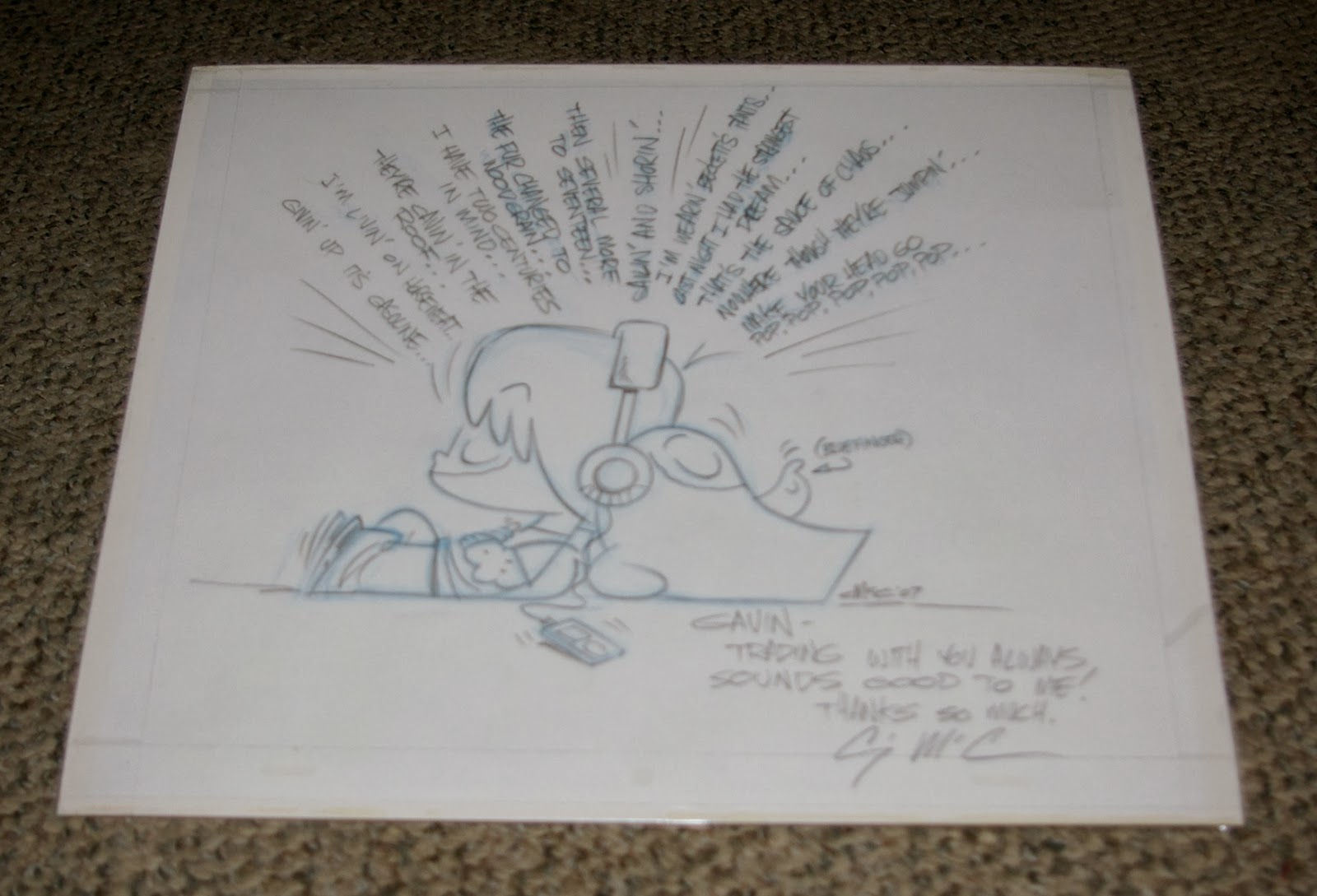 Neat, huh? He also hooked me up with a couple signed DVDs and various swag, plus some great stuff from one of my all-time favorite bizarre shows, Aqua Teen Hunger Force, including a poster signed by Dana Snyder, voice of Master Shake. 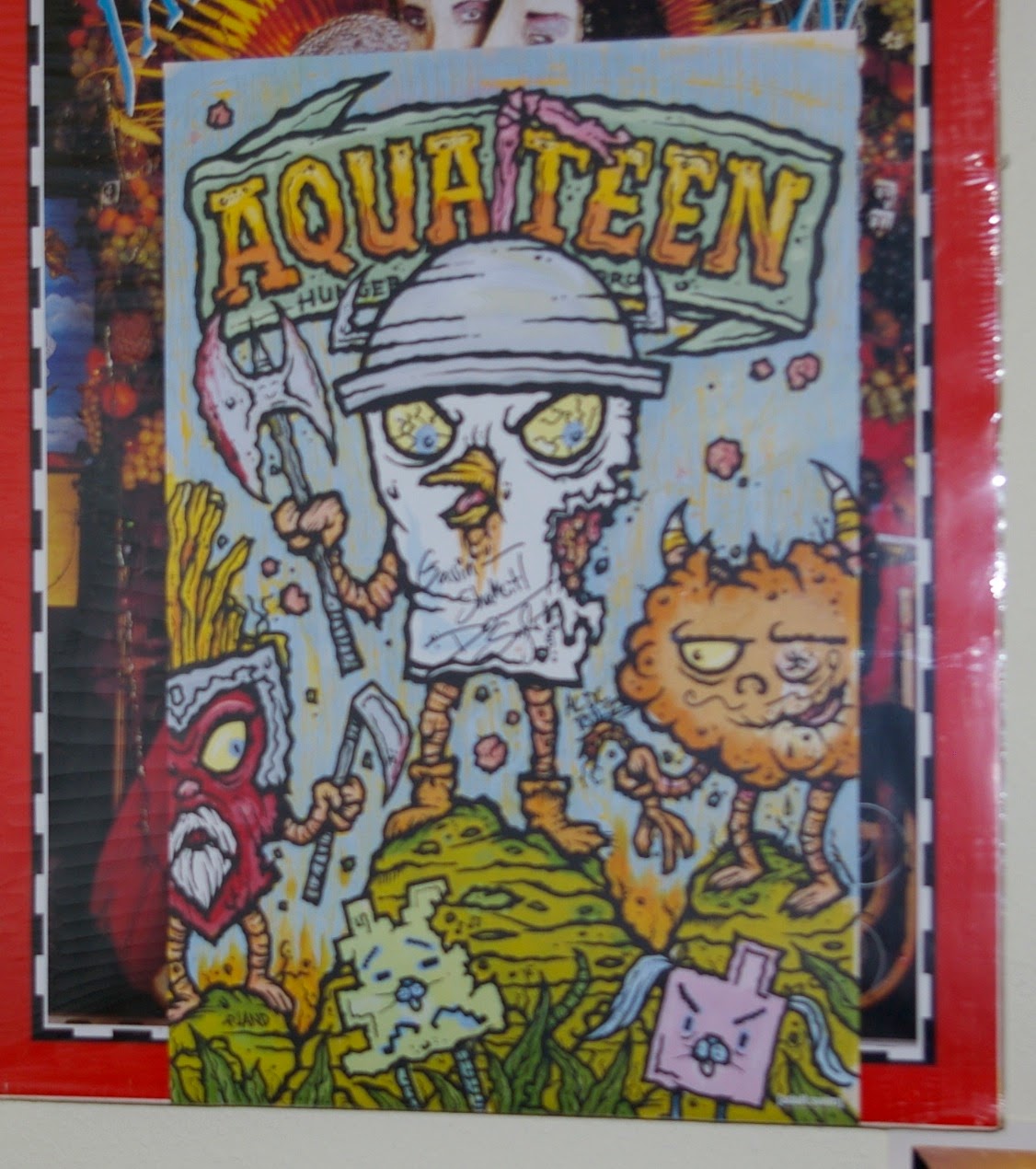 Craig, if you're reading, thanks again!

See you tomorrow for the next Simpsons spotlight. After Sax, next up is the other player who might seem a bit out of place among the superstars in the episode, backstop Mike Scioscia.
Posted by defgav at 4:23 PM