...unless it's The Junior Junkie. In that case, yes, you can trust him.

TJ(J) is a pretty generous guy. I feel bad that I forgot to thank him for the free cards he sent me a few week back as part of his Griffey Birthday Blowout Spectacular (or words to that effect).

I snagged a '77 Topps Garvey (that I think I may already have.. but couldn't pass it up) and a Rickey-as-a-Padre card (always love seeing Rickey as a Friar on cardboard). He graciously threw in an unclaimed Biggio, to boot.

So when I sniffed a potential trade brewing with him, I jumped on the chance to send some card-love back his way.

I sent him a Ron Kittle auto he had his eyes on, and surprised him with a few other cards, including a '89 Score Griffey, Jr RC complete in a custom hand-painted glow-in-the-dark hard case of my handywork. It ended up looking not too pretty in the light.. but glows nicely in the dark.

In return, I was expecting a few additions to my modest Jake Peavy PC from him. He delivered big in that department, plus hit a few other players-I-collect from my wantlist while he was at it.

First, here's a bunch of Peavys.. 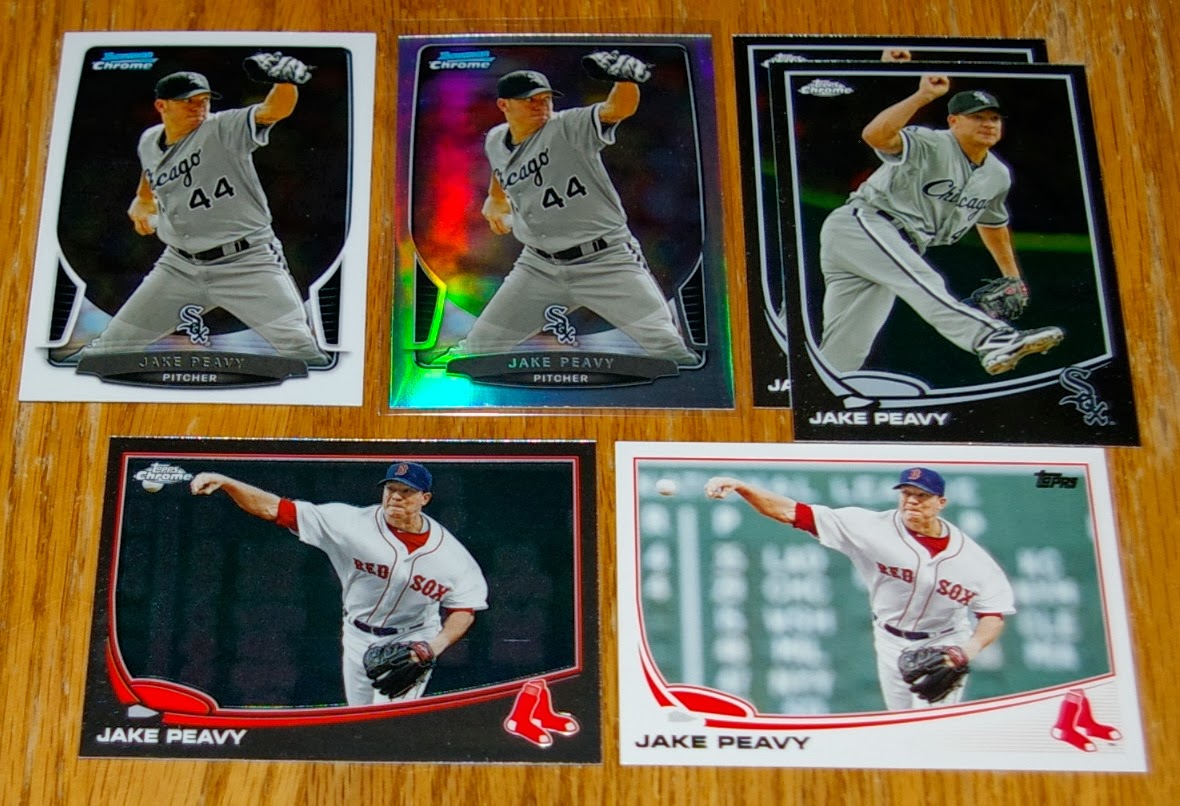 As the last great Padres hurler, Jake'll always have a spot in my heart. Nice to see him finally get a ring with the Sox last year. 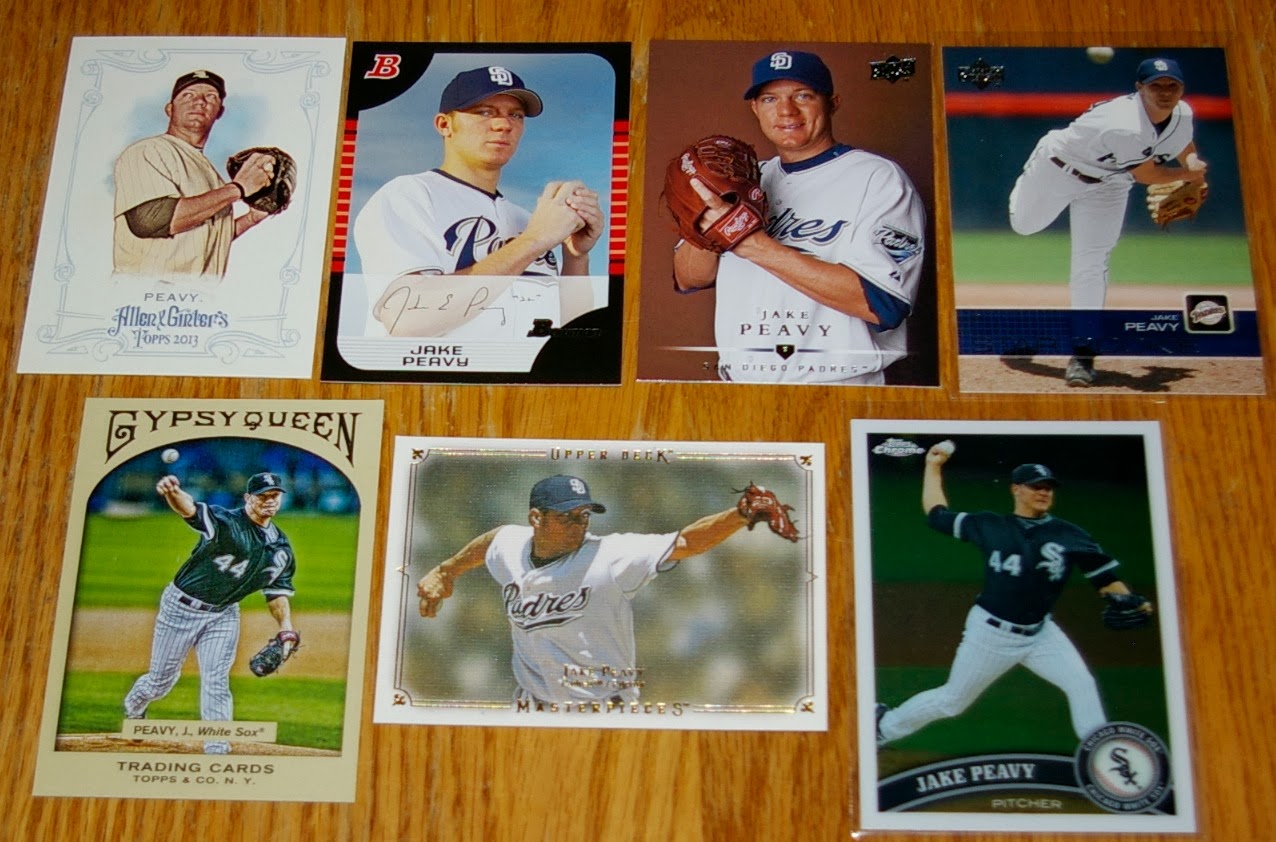 Next up was a heaping helping of Larry Walker cards. 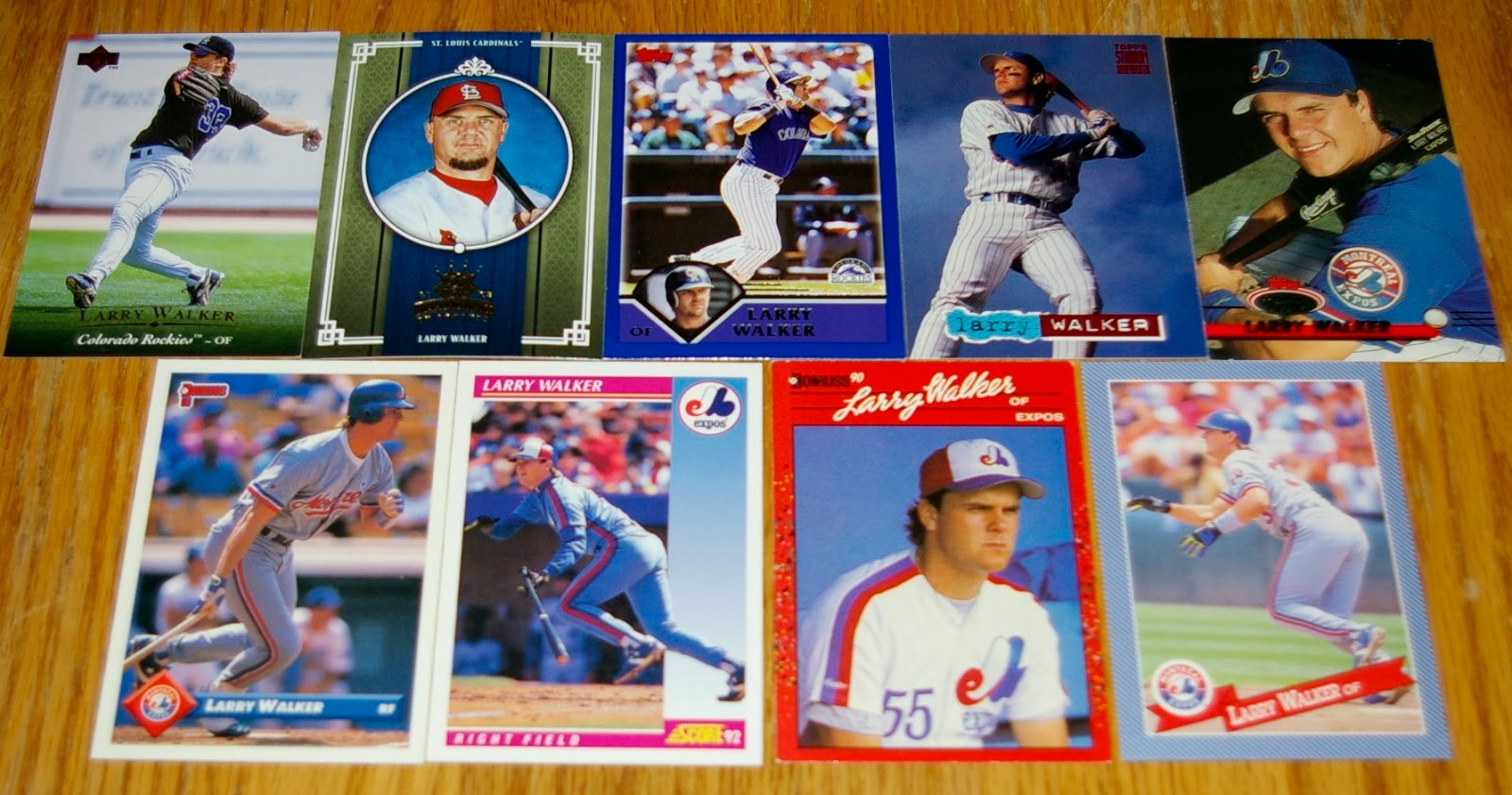 Nice! If you need any convincing of Walker's greatness, read this terrific number-nerd article at High Heat Stats. 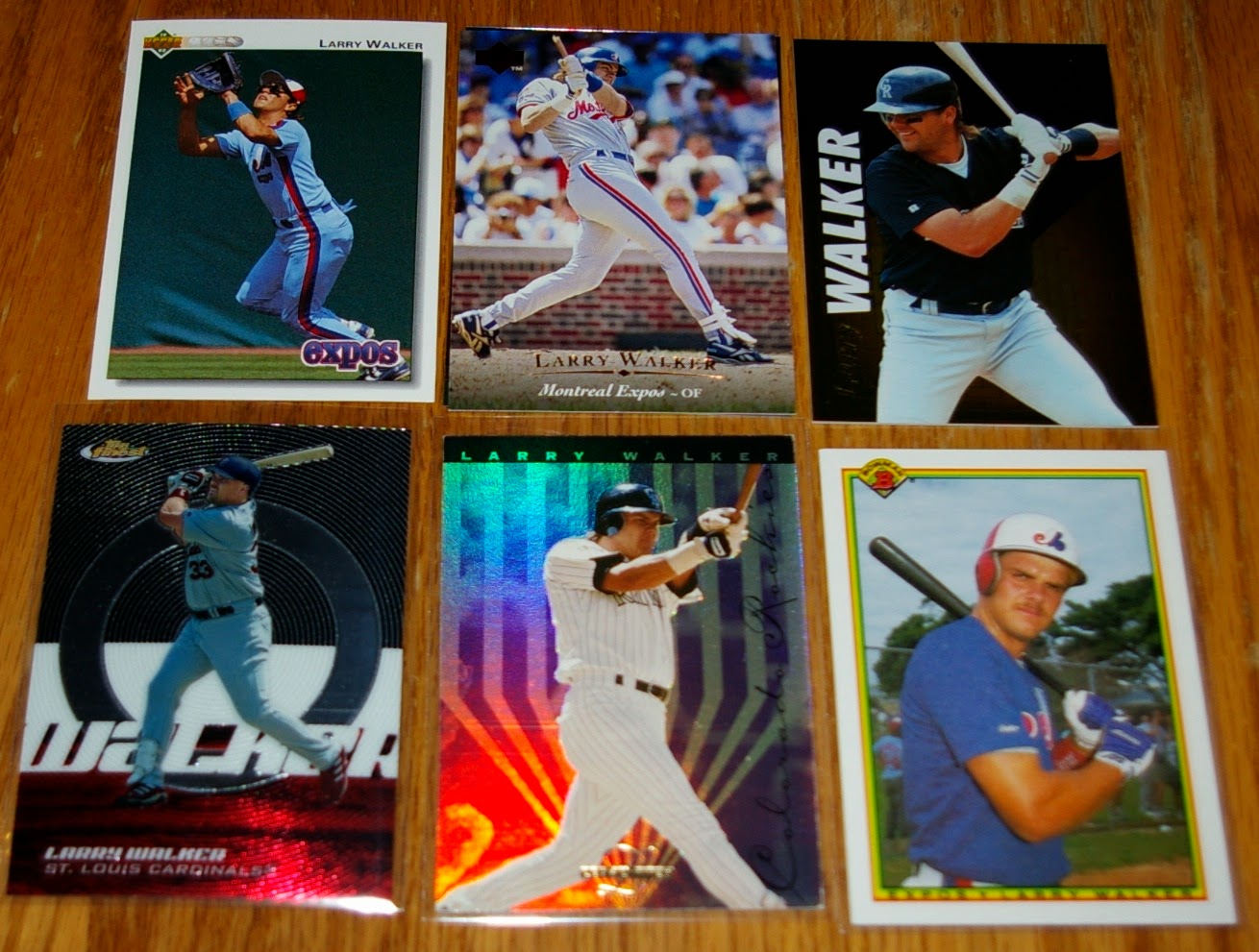 His '90 Bowman RC was, I think, his only major RC to elude me all these years.. so, nice to finally get it.. even if it documents Larry's brief, failed attempt at growing a mustache. LOL 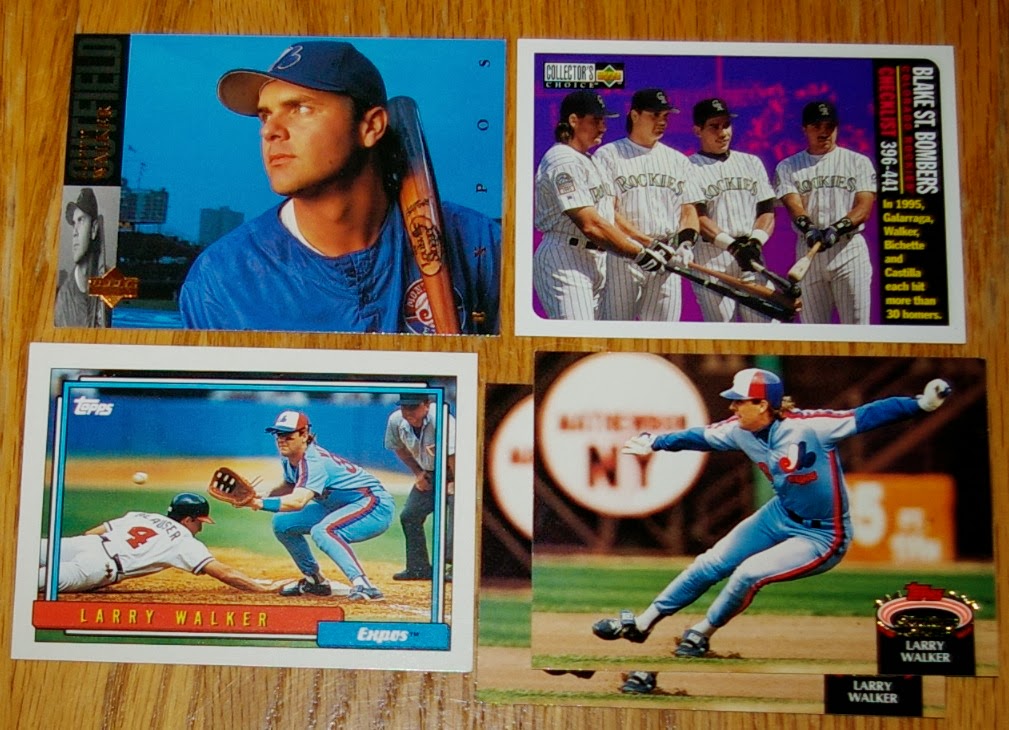 Finally, a few McGriff's and a couple Donnie's. 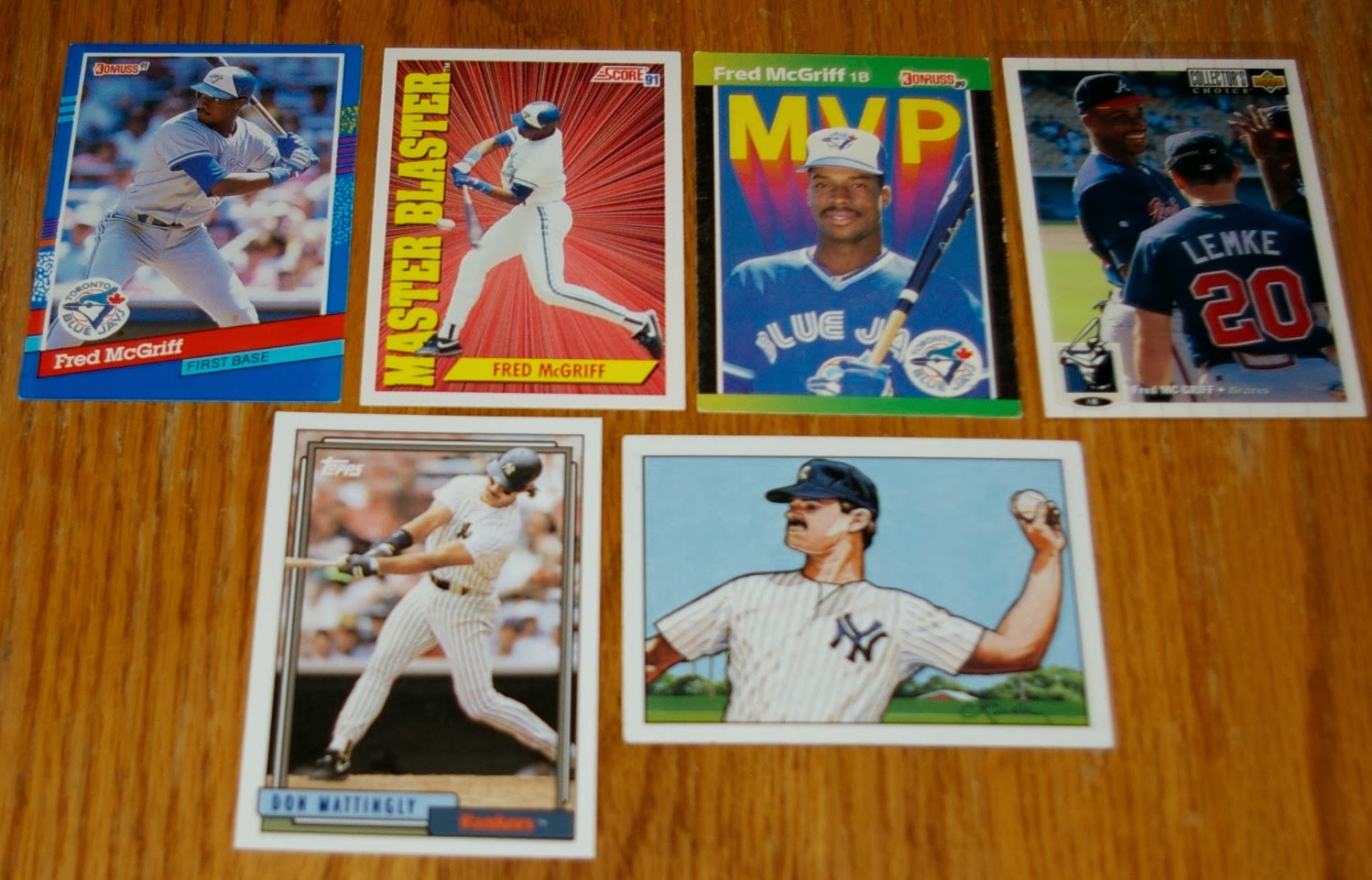 Thanks again for the trade, TJ!

[OH< AND BY THE WAY, It's Like Having My Own Card Shop is running some 2013 card blogging awards and the voting is now open! Junior Junkie is up for "post of the year", and yours truly has his eyes on "best new blog of 2013".. so hey, please take a couple seconds to go vote! Thanks!]
Posted by defgav at 10:39 AM