The Simpsons Fortnight, Day 3: Roger Clemens clucking all the while


The Simpsons episode "Homer at the Bat" first aired February 20, 1992. It's one of the best episodes of probably my all-time favorite show. In the off-chance you don't have it near-memorized, it's well worth the couple bucks to watch. I had originally planned to do this over a week, but couldn't cram it all in. So over a fortnight (a fancy word for "2 weeks" which I learned from-- you guessed it-- The Simpsons), we're celebrating the show by spotlighting the big leaguers who guested in "Homer at the Bat" and other episodes. 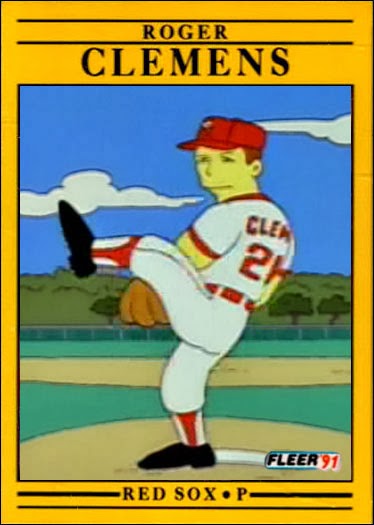 Back in early 1992 when this episode premiered, Roger Clemens was just a third of the way through his outstanding career, if you can believe that. Fresh off his 3rd Cy-winning season, there was little doubt that he was the most dominate pitcher of the time.

Roger has a pretty funny part, getting hypnotized into thinking he's a chicken. As a kid, that's just hilarious to see. And that's really him making the clucking noises. 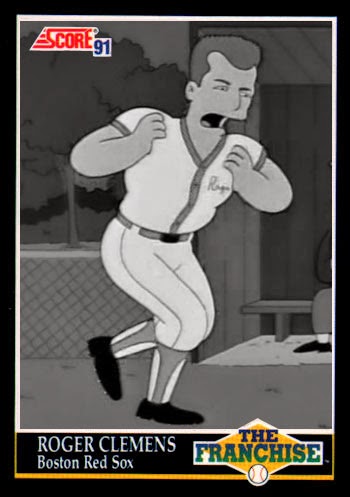 He also has a pretty funny bit where he confuses Homer for Ken Griffey, Jr., momentarily getting Homer's hopes up that he made the starting lineup.

Homer: [to himself] Please please please, I want to make the team.  [catches Roger Clemens]
Clemens, did I make the team?
Roger: You sure did!
Homer: I did!  Woo-hoo!  Woo-hoo!  In your face, Strawberry!
Roger: Wait a minute, are you Ken Griffey, Jr.?
Homer: No.
Roger: Sorry.  Didn't mean to get your hopes up.

Similar to his Power Plant teammate Wade Boggs, Clemens ended up leaving Boston and won his only World Series in Yankee pinstripes, also spending some time with Toronto and later Houston, continuing to pitch well everywhere he went.

Number-wise the game's greatest pitcher since WWII, Roger racked up an astounding 7 Cy Young Awards, 354 wins, an MVP Award, and 4,762 strikeouts. But, don't ya know it, he's unfortunately yet another sports hero whose legacy has been tarnished thanks to PED allegations. 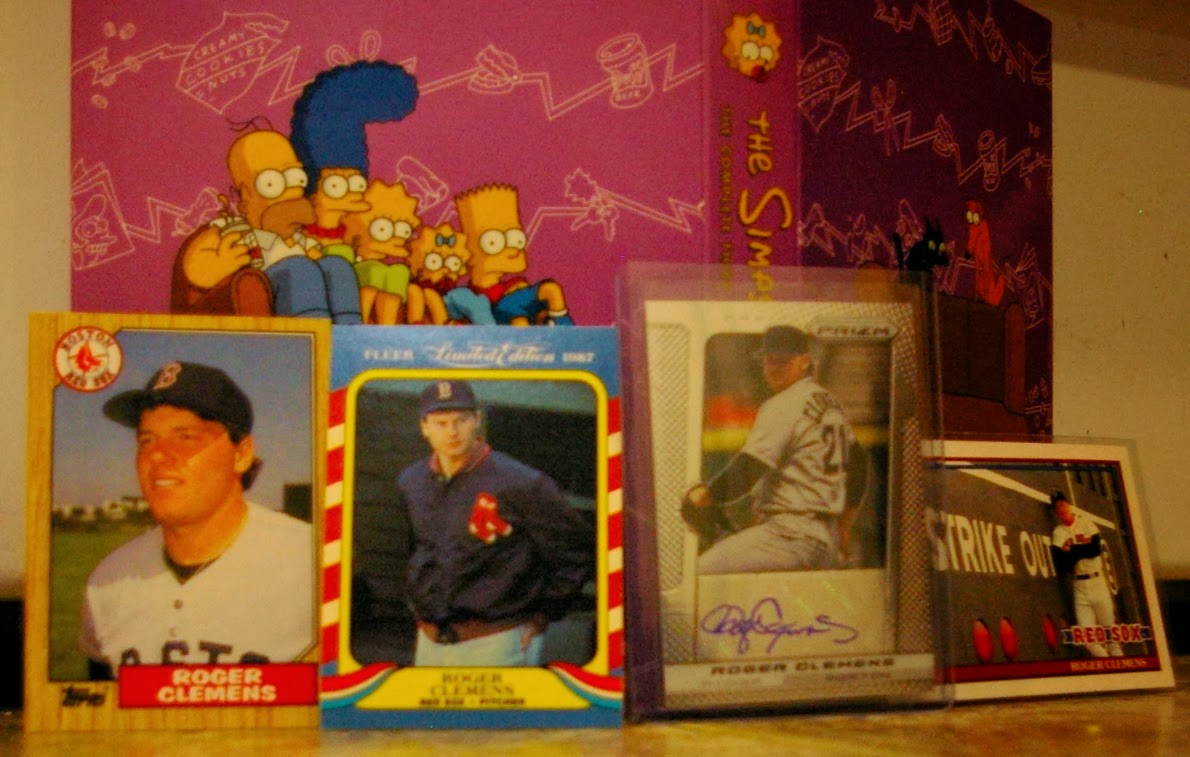 I've never had any of his RCs or many other notable Clemens cards in my collection. His certified autos still command a pretty respectable price. Even this ugly unlicensed sticker auto that I just recently picked up for my Springfield Nine auto collecting goal wasn't cheap. 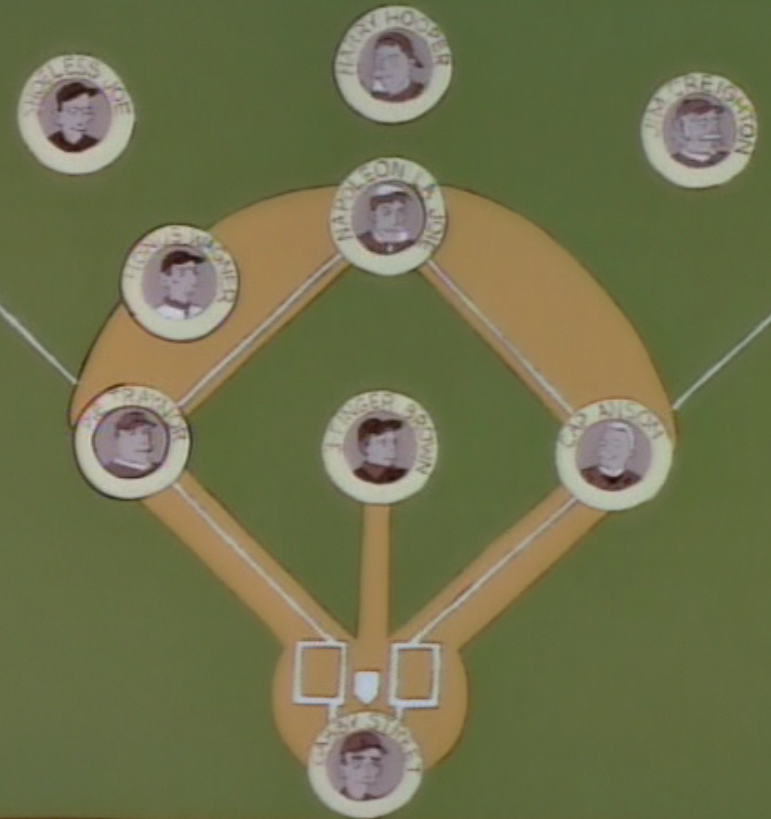 Looks like a pretty impressive lot of turn of the century baseballers.. though, most of these guys aren't household names these days. People still know Honus Wagner, mainly because of that super rare tobacco card. And Shoeless Joe will never be forgotten thanks to the Black Sox scandal. But as for those other guys, you've got to be a pretty learned baseball historian to be familiar with their careers at this point.


Ok, that's it for today. Next up, after a couple PED blemishes on the game, we're back with a still-beloved superstar tomorrow: The Kid.
Posted by defgav at 5:05 PM