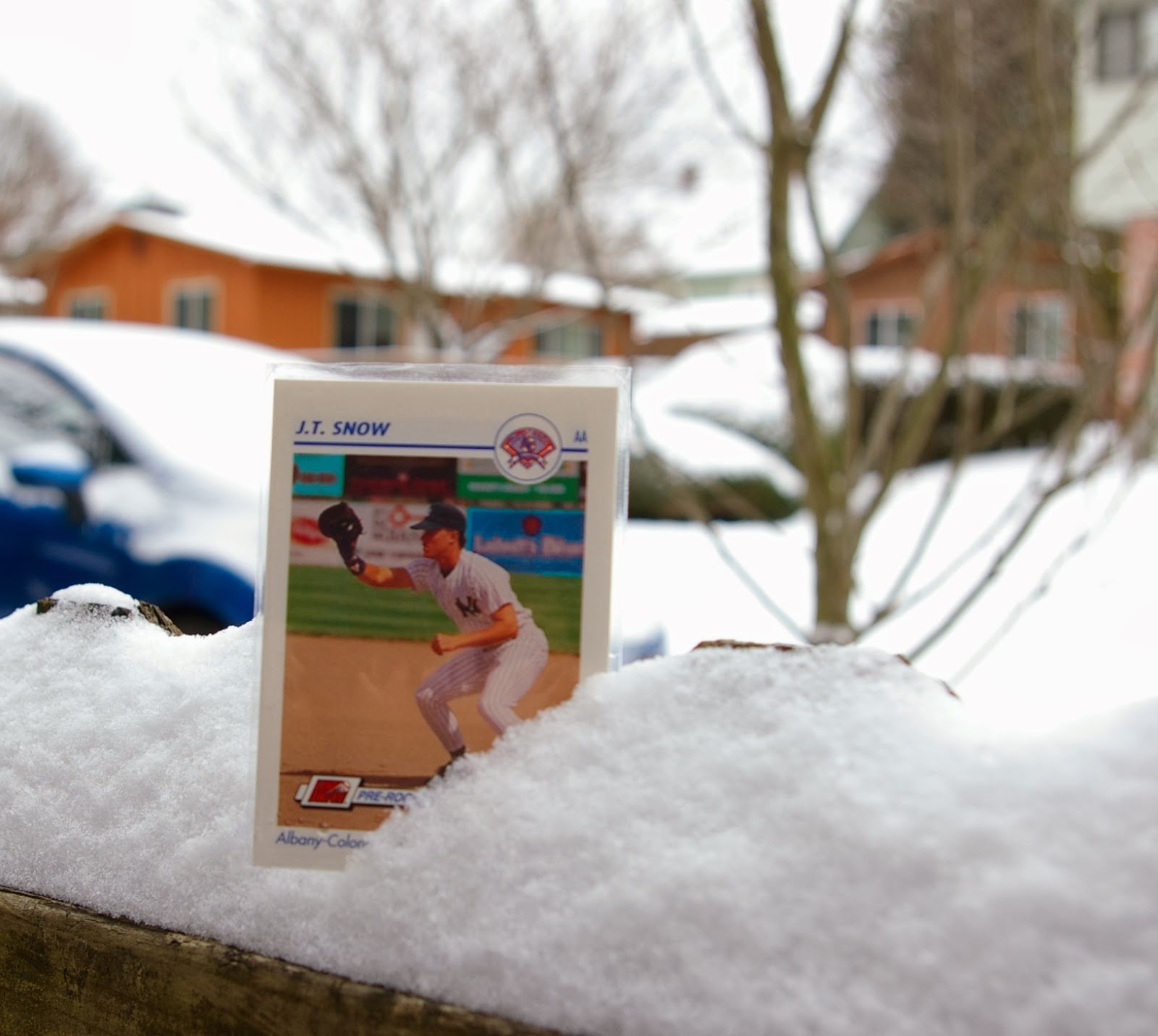 The Snowpocalypse has hit Portland, so I get a much needed 3-day weekend. As I mentioned the other day, we're moving this weekend. We haven't started packing at all. Luckily, we can take our time and move over the course of the next week (although, I guess there's nothing really "lucky" about paying 2 rents for a week or two). And our new place is only 3 miles away, so (once the snow melts), it'll be an easy commute.

Today I'll start packing up non-essential stuff. I also hope to pretty much finish up the string of "special event" blog posts I've been working on drafting here-n-there for the past few weeks. Luckily I had those about 75% "in the hole" ready to go, or else I'd probably have to take a short break from blogging while I worry about the move. I should be able to continue getting posts up on the regular, though it might take a while to get an internet connection set up at the new place. I could likely still post from work on my breaks, though.

I've sent out a few trade packages in the past 2 or 3 days (Rockies, Red Sox, Mets), but will have to put a hold on future trades for the moment until the move is complete and I'm back in the swing of things.

Anyways, back to the snow. Hailing from San Diego, I haven't spent much time with snow. We don't get much up here in Portland, either, but every few years the city gets blanketed in white and pretty much shuts down for a couple days.

But one guy who is no stranger to snow is Night Owl. I got a trade package from him yesterday. That's right, we're turning this into a "trade post"!

I had sent Greg some worthless-but-kinda-cool homemade glow-in-the-dark Dodgers and he responded with a nice Padre-centric variety of wants of mine. (And no, he didn't send the J.T. Snow card at the top of this post.. that was just me being cute, taking a picture of the only J.T. Snow card I own in the snow.) 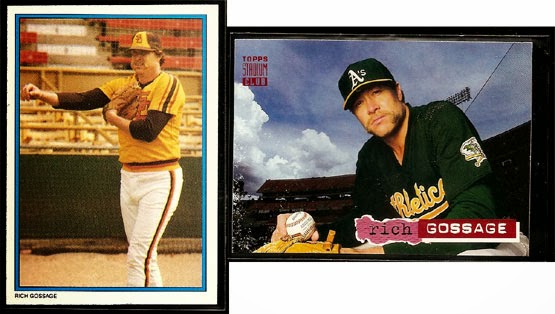 Goose! As I was naming this image file, I had to stop and appreciate "owl-goose.jpg" 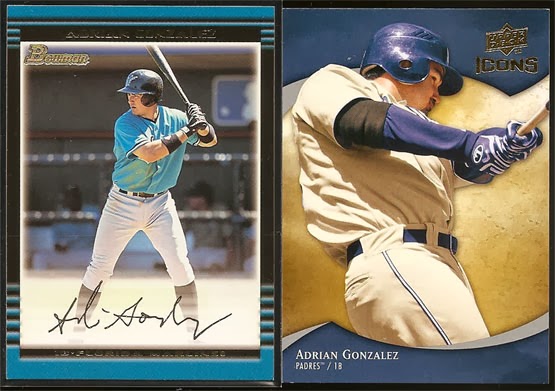 Adrian! An early card and one from his days as San Diego's starpower. Very cool. 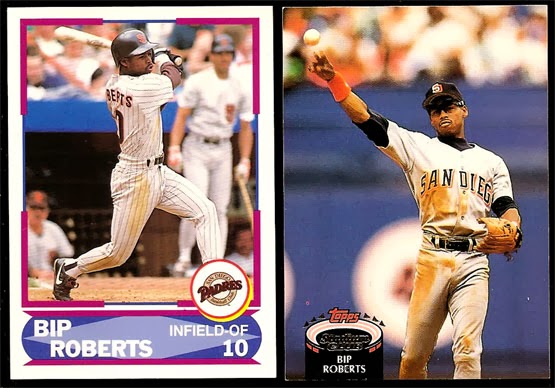 Bip! To know Bip is to love Bip. 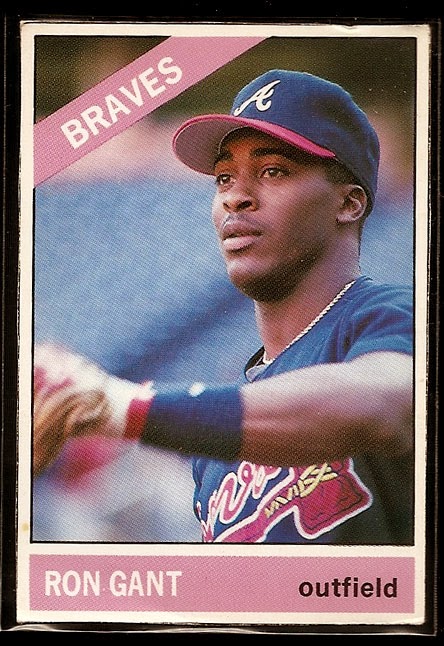 Gant! Wow, I had this Baseball Cards Magazine freebie cutout back in the day.. I bought the oversized magazine with Ron on the cover and everything. It was the only Baseball Cards Magazine I ever bought. The card and magazine got purged from my collection when I moved to Portland a few years back. Cool to be reunited with this neat oddball. How crazy would it be if this were the very same card that used to be mine? How long till Topps starts putting tracking microchips into their cards? Damn, that'd be pretty freaking cool, actually. Way cooler than a manufactured patch or relic of questionable authenticity.

Some more additions to my Cooperstown Padres collection.

Finally, we close out this trade package with a few miscellaneous Padres, including up-n-comer Jedd Gyorko and never-quite-met-potential'er Khalil Greene. Love 'em.

Thanks a bunch for the trade, Greg! --Oh, I almost forgot, he also included 3 or 4 needs from 1973 Topps! I've already filed those away, so no scans.

Anyways, thanks as always for reading. Have patience with me over the next couple weeks as my home situation goes through a crazy transitional shift. But hopefully you won't even notice anything's up.

Now for no reason, I'll leave you with some pictures of my dog Annie playing in the snow. 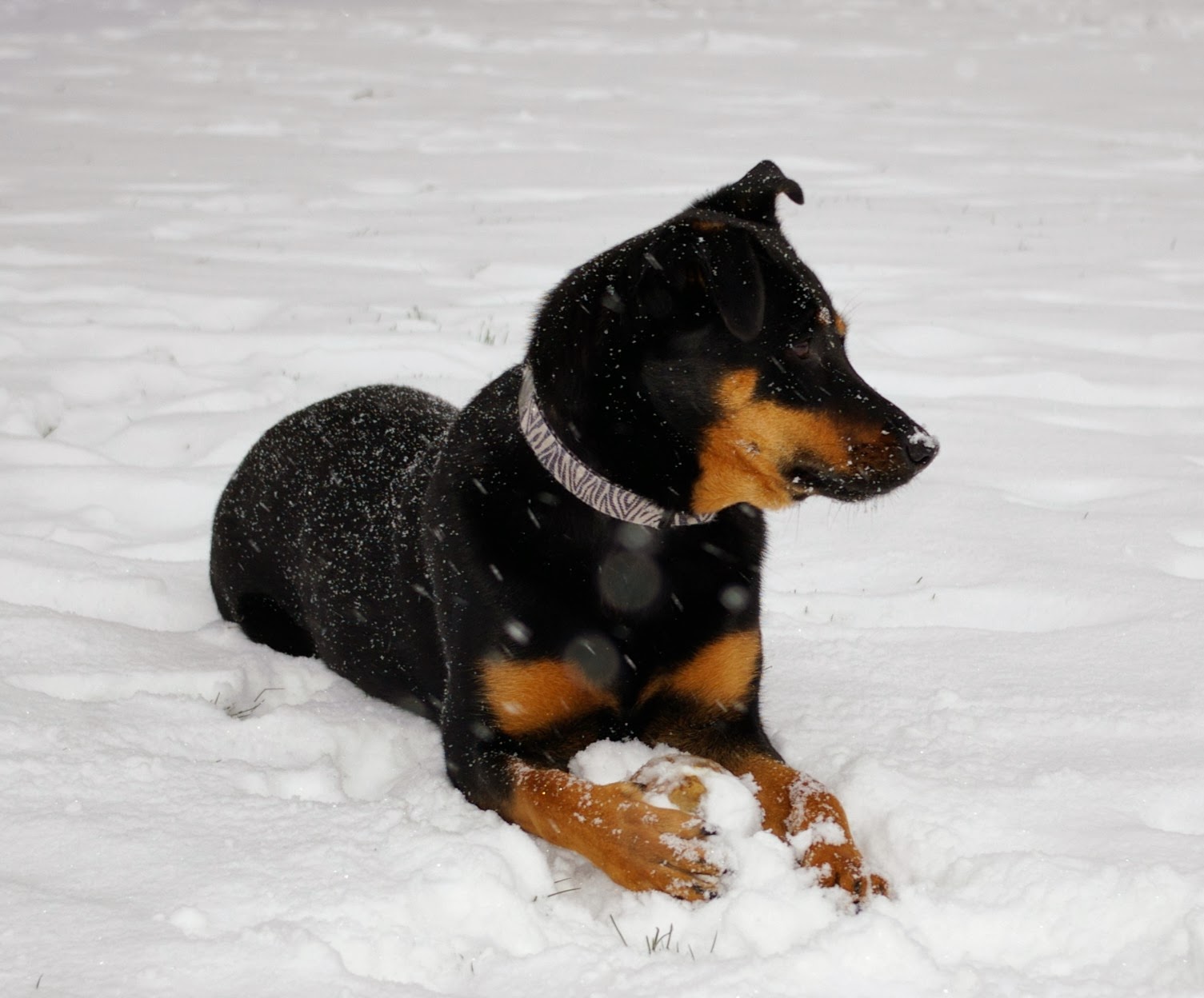 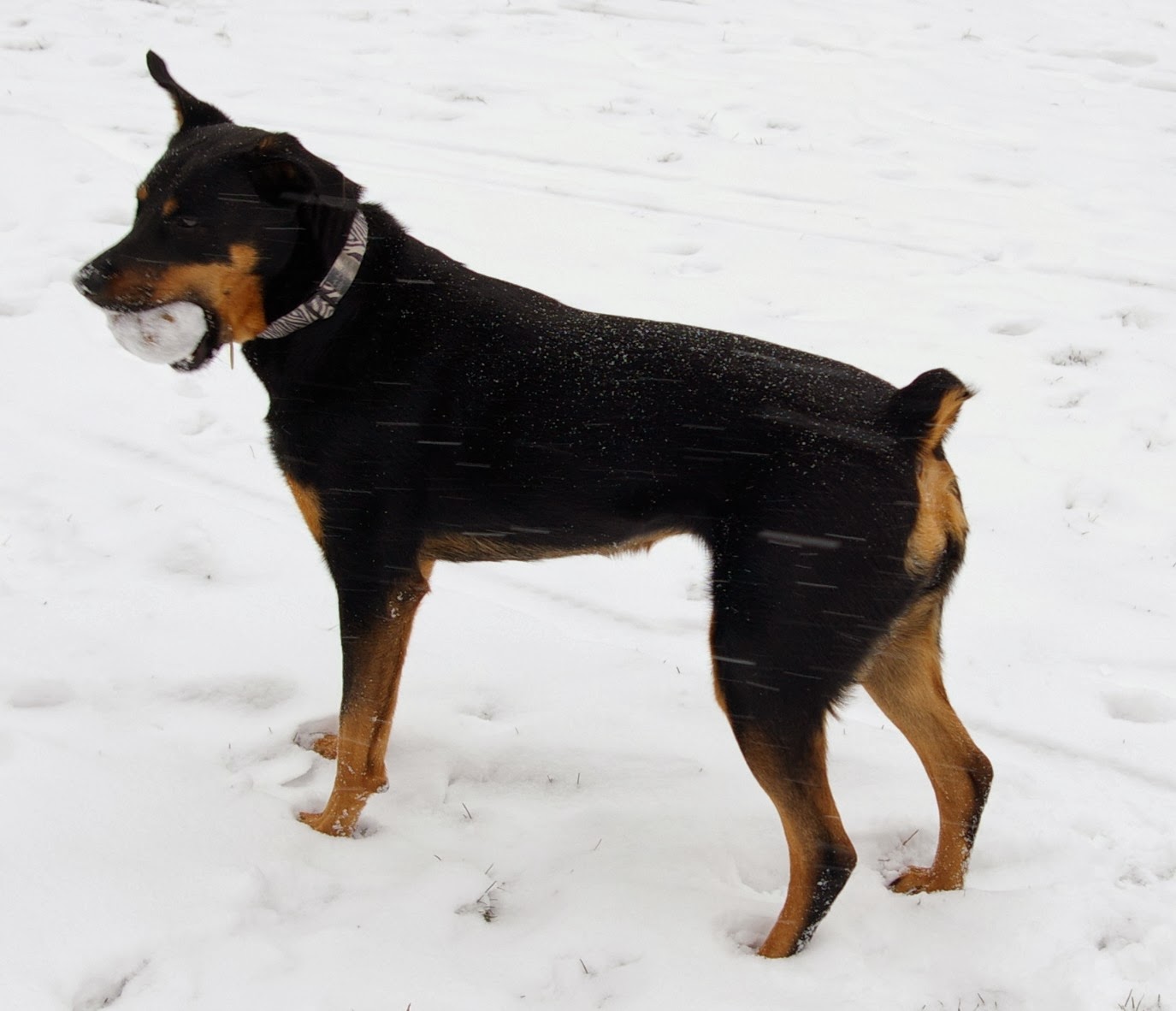 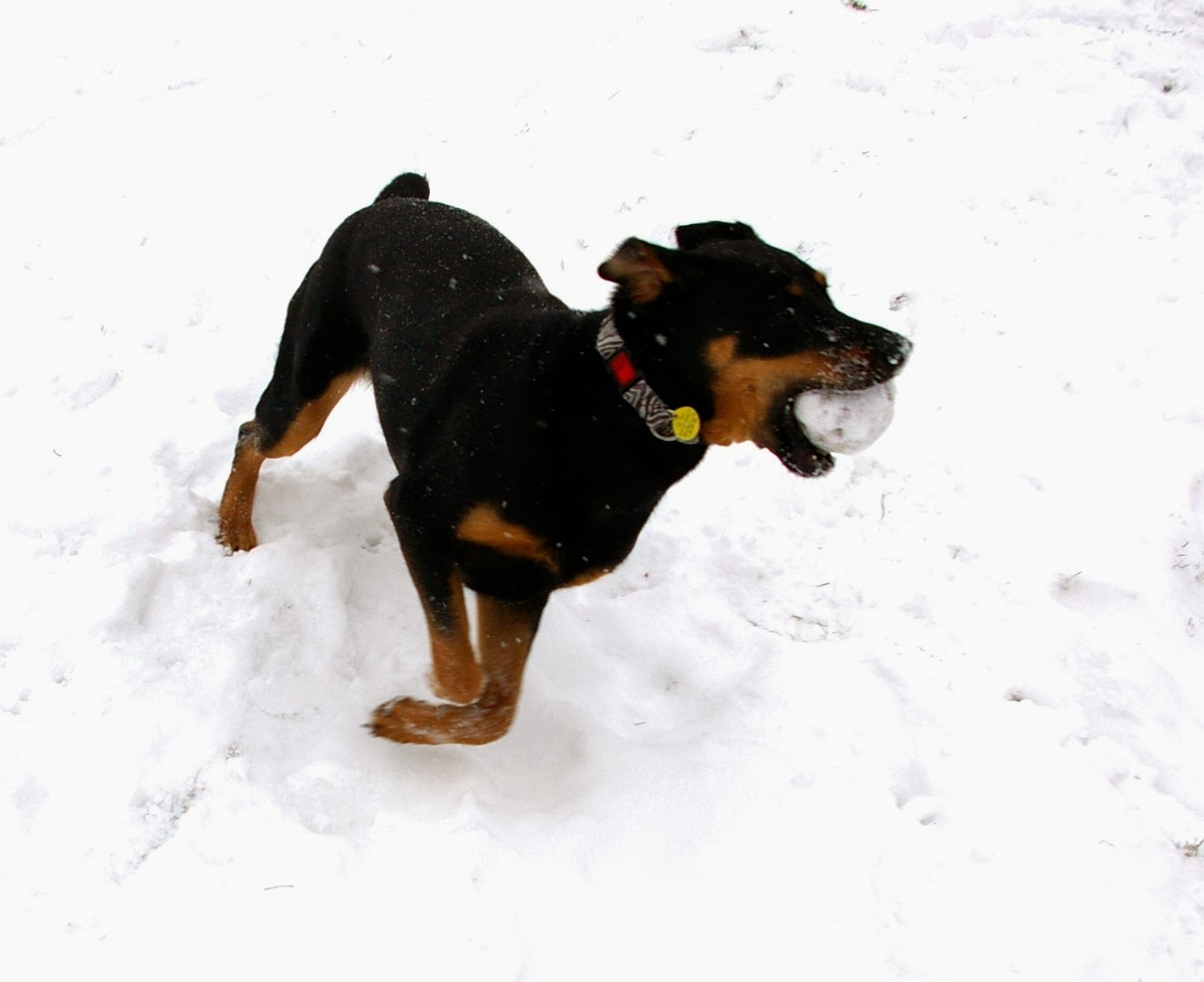