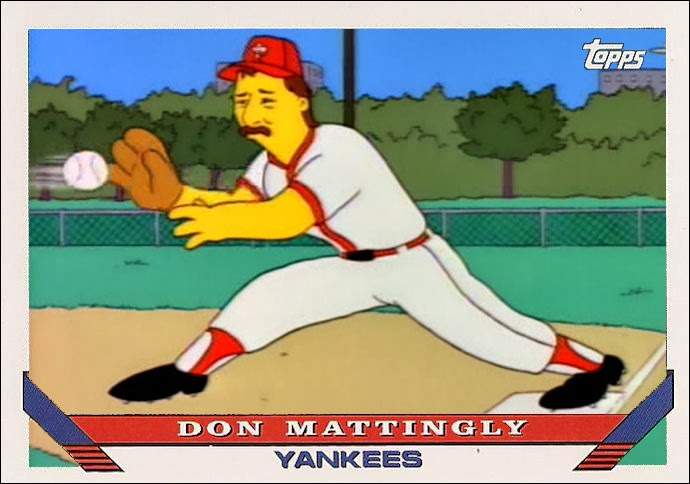 Don Mattingly was arguably the best hitter in the game during the period of 1984 through 1989. By "Homer at the Bat" (early 1992), he was already coming off a couple down years (and in fact would not have another truly great season thanks to a bad back), but Donnie Baseball was still a popular face of the game, and the heart of the Yankees during that era.

Mattingly's downfall in the episode is his "sideburns". Mr. Burns wants a clean-cut team, and repeatedly admonishes Mattingly for not shaving his (nonexistent) sideburns. A justifiably confused Donnie ends up shaving the sides of his head well above his ears, yet still Mr. Burns is displeased and boots him off the team. 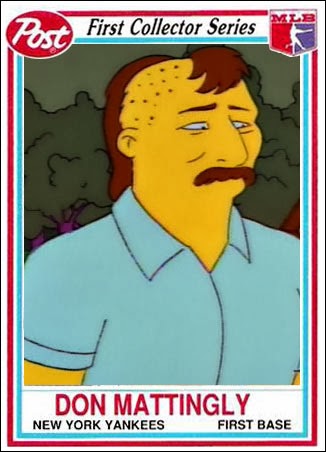 Classic Line: "I still like him better than Steinbrenner."

Mattingly was able to grind out a few more years with decent numbers, though a far cry from his prime. Back pain forced him to retire after the '95 season, cutting short what was once a sure-bet HOF career. A lifelong Yankee beloved in New York, after being passed up to manage the only club he ever played for, wound up in Los Angeles helming the Dodgers. 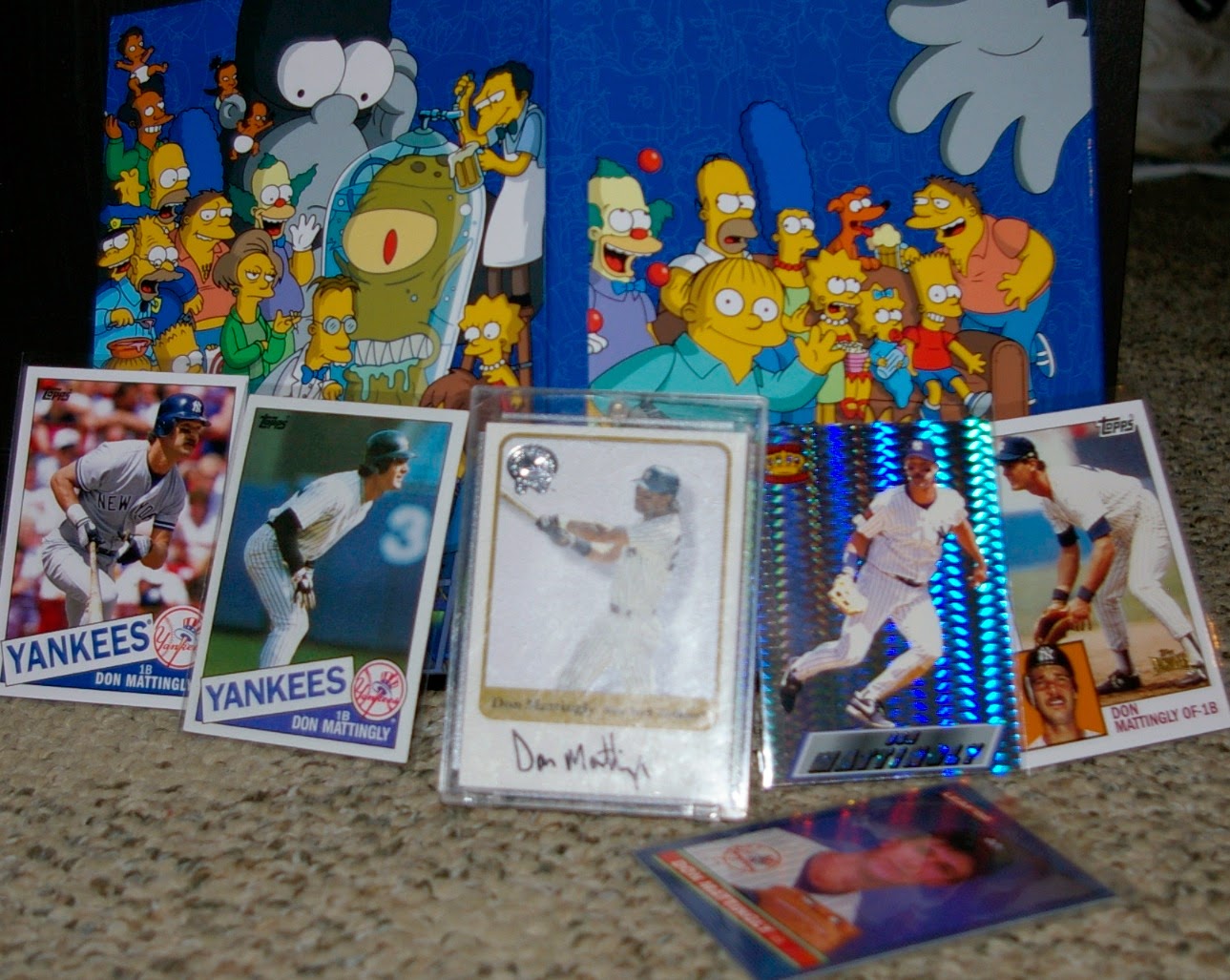 I never really had many Mattinglys. I first got into baseball/collecting in 1990, his first "off" year, so I guess I missed out on the hype. Honestly, back in the day, he was one of the few guys I disliked. I've since come around to appreciate him and his legacy in the game, though.

I had to cheat a little with the top custom card. I've been trying to stick to 1990-1992 card designs (occasionally slinking back into 1989), but Mattingly's 1993 Topps is somewhat of an iconic junk-era horizontal card, and works perfectly with the "action shot" screen grab from the show, fittingly a similar picture.

In another funny "The Simpsons predicted it" instance, Mattingly later had a real-life hair controversy where Yankees management forced him to cut his hair, and briefly benched him for not doing so. Many people thought the joke in the show was a reference to the incident, but "Homer at the Bat" was recorded a year before it happened. (UPDATE: More digging into this in the comments below.)

Looks like we got back-to-back Yanks here on the Fortnight, as tomorrow we take a look at the team's second-slacker: Saxy Boy, Steve Sax.
Posted by defgav at 3:59 PM