I did it! Posted every day of August 2015. I think it's just the 2nd or 3rd time in the history of Baseball Card Breakdown I've posted every day of a month, and the first time this year. Just another dumb "endurance goal" of mine.

Now I'm going to try going the other way. While I don't think I could bare not posting for an entire month, my goal is to not post back-to-back days for all of September 2015. So I'll still be posting, but not quite as frequently.. more like every-other-day or every three days.

Anyways, let's wrap up some loose ends with various scans that I've had sitting around. 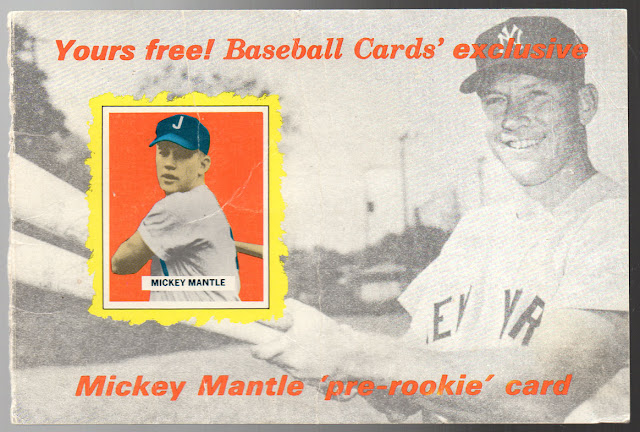 This was from a Tony L. trade a while back that I forgot to include in the posts for our last couple trades. Mickey Mantle minor league card! And it's uncut! Score! 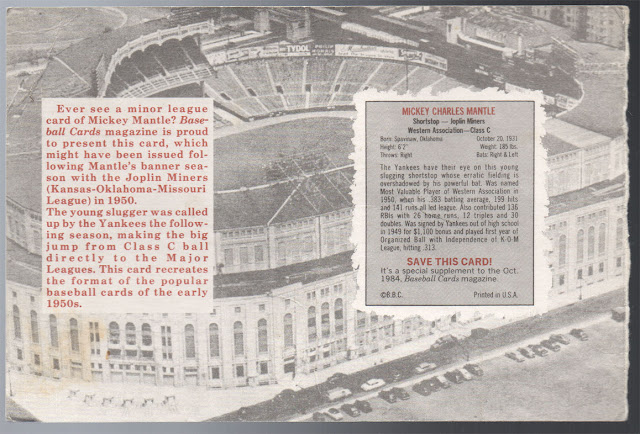 Random tangent: Yesterday I picked up a dead raven near the side of my driveway and threw it in the trash. It was gross. But I didn't want it to stay there and get run over.. then it would become really gross. Hope I wasn't supposed to call Animal Control or anything. Just a crow that had lived out its life. 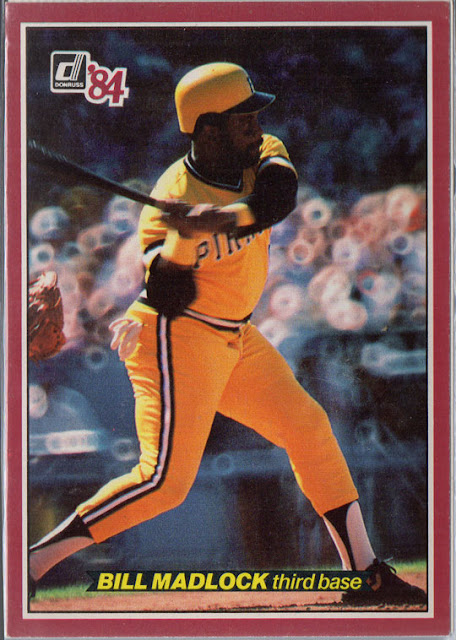 This is a jumbo sized Bill Madlock card I won on Listia a while back. What's going on in the stands? Was it Free Slinky give-away day at the ballpark? Or was the stadium overrun with weird sea anemone space aliens that day? 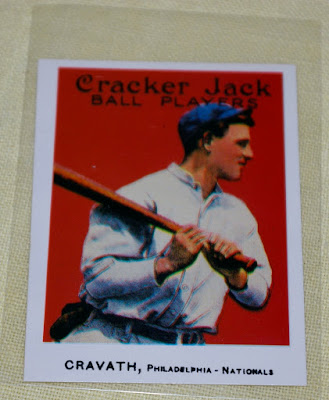 My Gavvy Cravath collection picked up another card here with this reprint of a Cracker Jack card. Someday I'd like to get an original, but I'm sure they're not cheap. This one was from a recent Just Commons order where I picked up a bunch of 1973 Topps needs and the 2 Travis Taijeron cards from the other day. 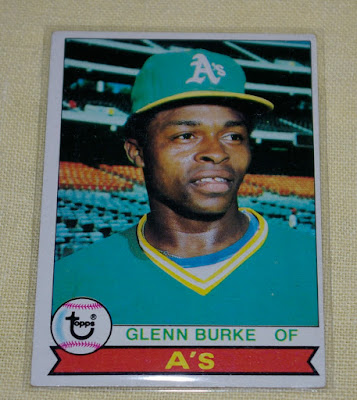 This '79 Glenn Burke got thrown in my cart in a recent Sportlots order. Part of a little "Pride" minicollection of mine, joining a couple autos of other guys I showed off last year. 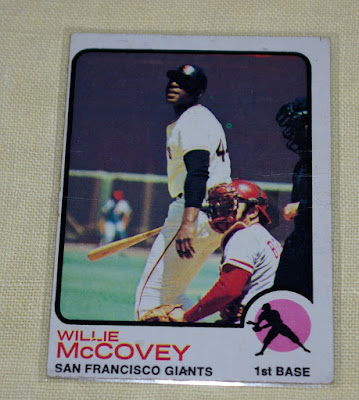 This Willie McCovey was in the same Sportlots order. At only 18¢, I was expecting it to be beat to hell. It's actually in pretty decent shape for that price, though I'd still ideally like to upgrade someday.

So, yeah, as I've been saying, I've been making a big push to finish off 1973 Topps, and have been picking off cards here and there in orders on Just Commons and Sportlots. When the dust clears, I should be standing at about a dozen cards shy of completion. This next card was an eBay purchase, just a couple bucks shipped:

With this card, I've completed all the variations in the set (Well, I'm sure there are countless color variations and weird little other things that could be counted, but I'm ignoring them and considering my variation quest compete). This is an excellent specimen, with not only a pronounced gap in the left border, but also a partial gap on the right, exposing some bonus chalkline. Pretty cool! I've seen copies of this card with a small left gap and a smaller left gap, (and corrected copies with no gap), but this is the only one I've ever seen that also has a right gap. Scarce! 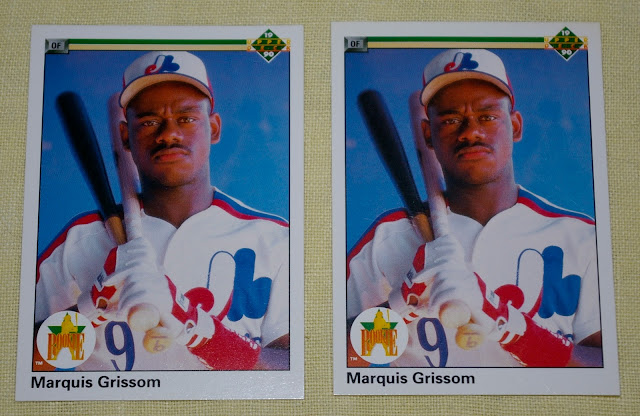 Bru sent these the other day! Awesome! In hindsight, I should have been better at tracking who/where I receive 1990 UD Marquis Grissom cards from, like how the Tim Wallach guy is good about keeping records. Each one is appreciated, I assure you!

Random tangent: I've been renting through Seinfeld on dvd from Netflix (unfortunately it's not on streaming) but my progress has been stopped in its tracks by Season 8 discs 1 and 2 always on "Very Long Wait". Do any of you readers own Seinfeld Season 8 on dvd and would be willing to let me borrow discs 1 and 2? I'm thinking we could build a card trade around it. I would take very good care of your discs and send them back to you within a couple weeks, along with some cool cards for you to make it worth your while. Please let me know! I loved Seinfeld back when it was originally on. Then got burned out on reruns in syndication years ago. And recently have had a Seinfeld renaissance watching through the series again. 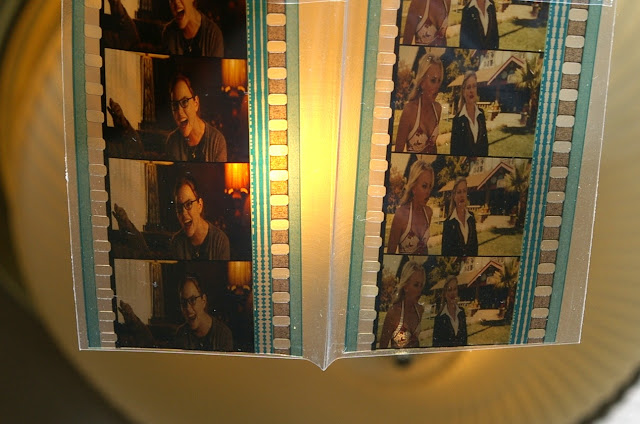 The last bit of randomness for today is a cheap Listia win I stumbled into. This probably could have gotten lumped in with my latest girlie card post, but I didn't think of it. It's a couple bits of reel from an original film copy of The House Bunny. I've always had a celebrity crush on Anna Faris, and Emma Stone too for that matter. So I guess this is kind of a cool little item for me, though not really something I'd normally collect. But for a nominal amount of Listia credits, I'm happy to pick it up.

Anyways, thanks for reading.
Posted by defgav at 3:50 PM