A banner day for the blog

It's done! A couple letter cards in my latest COMC order finished off this project for me. Behold the new header for Baseball Card Breakdown:

I'm pretty happy with how it turned out. That's 21 auto letter patch cards spelling out the blog name. A couple dupes, but hey, I was mostly just trying to find the cheapest specimens I could find. I filled up the blank space with my pride n' joys, 2004 Topps Retired refractors. Go ahead, give it a long look, lingering from card to card over the span of several minutes. You know those bumper stickers that say "Ask me about my grandchildren"? I need a bumper sticker that says "Ask me about my 2004 Topps Retired refractors".

And as we pass the torch, let's pay respects to the blog's previous banner...

This is a photo of my little "card display" area from my old place. I haven't lived there for well over two years, so I was probably overdue to make a new banner. I always felt a little guilty having such a big header, as I feel they make your readers have to scroll down a little extra every time they visit your blog. I'm happy my new one is a bit smaller. Though, sure, I'll miss this image. I'm the type of guy who typically isn't a fan of change for change's sake.

This is a sparser image of the same display area. The autos are Marcus Giles and Gaylord Perry. Ah... simpler times. I was just getting back into the hobby then. One thing I love about looking at my banners is each card holds a story for me. That '66 Gaylord in the upper right is the spoils of an epic Listia battle, fought hard and won (I remember lying in bed stressing out over it while the auction was going, becoming downright obsessed with winning the card). The adjacent Clemente RC reprint is also very meaningful to me, somewhat of a representation of my first dog Lucy, as she was so great and an embodiment of awesomeness just as Clemente was... and similarly taken too soon, as we had to put her down due to an extended fight with cancer not long after I pulled that card from a blaster of Archives. 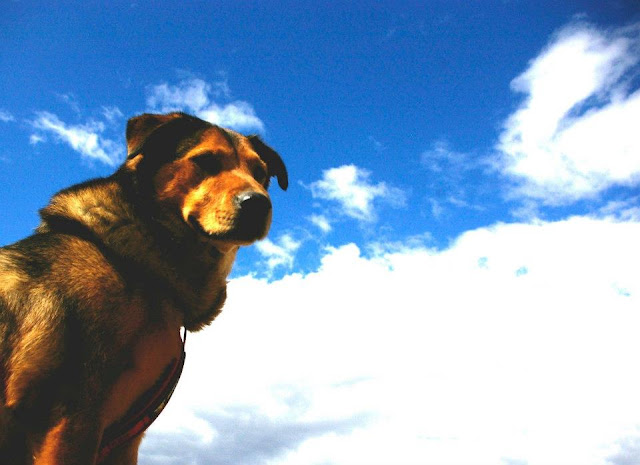 Sorry for the sentimental tangent. But thanks for being here for the dawn of a new era for the blog, at least as far as the banner image goes. Hopefully I'll have plenty of good content and cards for you to check out over these next few years until I get bored with this banner and make a new one.

Take care, everybody.
Posted by defgav at 8:58 AM