Once again, I have dressed up a few recent autograph pickups with custom overlays that I find more interesting than the original cards. 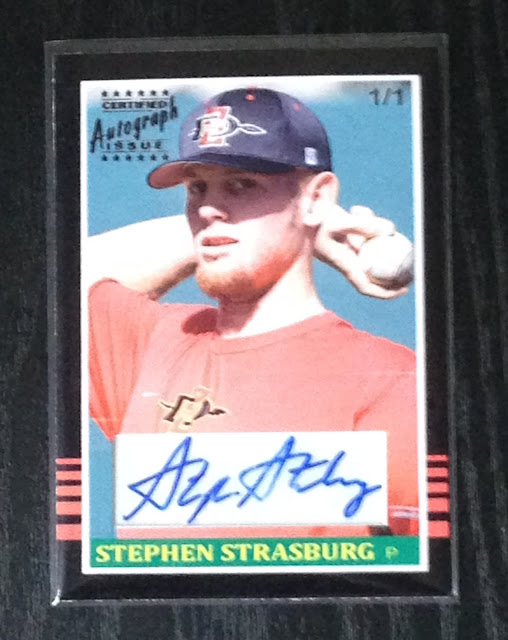 My first Stephen Strasburg auto! I mainly collect him due to his San Diego State ties, so it was a no-brainer to transform this boring 2014 Prizm auto into a SDSU card. 1985 Donruss seemed like a good choice, matching the red & black school colors. 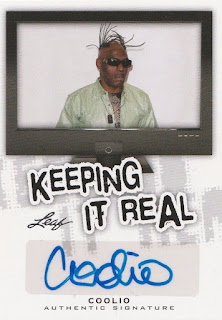 The story behind picking up this card is a weekend or two ago I had a couple drinks and watched this amusing Pete Davidson clip and decided to see if Coolio had any cheap auto cards out there. Sure enough, a couple days later I was the high bidder on this 2013 Leaf Pop Century card for $2.80.

Coolio was pretty huge in the mid 90s. To be honest, I've never really liked the song "Gangsta's Paradise", his biggest hit, preferring the Weird Al version if I had to pick. But I love a few of his other songs like "Fantastic Voyage", "I Remember", "Geto Highlights", and "C U When U Get There" to name a few. 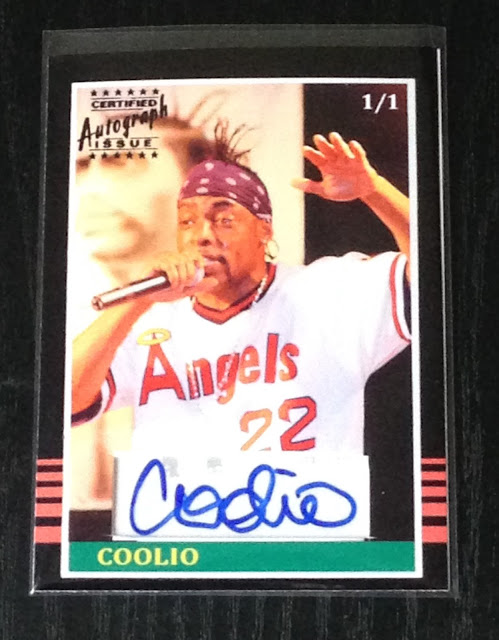 Boom! For lack of a better idea, I just did another 1985 Donruss style overlay. When this photo of Coolio in an Angels jersey popped up, I figured that'd be a good choice to use on a baseball card. It was taken in November 2002, with Anaheim fresh off their World Series win. Jersey #22 was David Eckstein, so that's pretty cool. 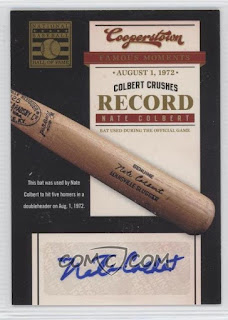 Sadly, this is the only real certified auto Colbert has out there. He's not even on it! Just a picture of his bat. Lame. I already had one of these cards in my Colbert PC, but threw another cheap one into my latest COMC order with the intention of spicing it up with an overlay. 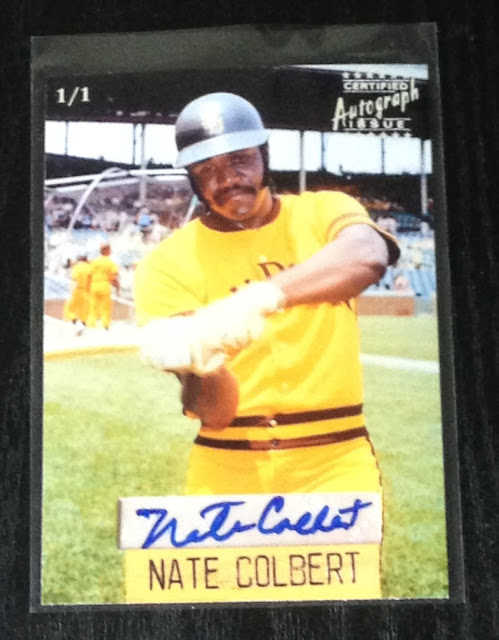 That's better! I didn't do much design-wise here, just found a cool photo I hadn't seen before. The nameplate is actually from a photo of a game-used bat.

So yeah, I'm very happy with these overlays and definitely think they're an improvement over the raw cards.

Thanks for stopping by.
Posted by defgav at 12:11 PM