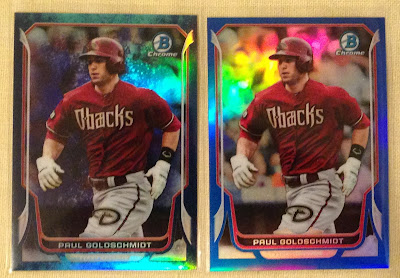 While Paul Goldschmidt is technically off my wantlist now, I've got a weakness for his cards and for Bowman Chrome refractors, so it's no surprise I broke down and threw a couple numbered parallels into my latest COMC order. 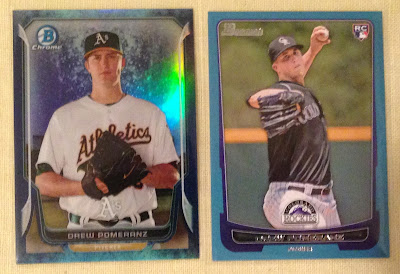 With COMC upping their flat shipping rate to $3.99, I feel like I need to be a little more strategic with when I ship out cards I've bought, and so some of these have been sitting in my inventory for a while. This pair of #'d Drew Pomeranz cards were picked up back when he was still the Padres' ace, before they sent him to Boston in the middle of July for 18 year-old pitching prospect Anderson Espenosa who, while highly touted, still has a long way to go. Drew hasn't exactly kept his All-Star caliber numbers going with the Sox, but he pitched a strong game yesterday in his return to Petco, finding himself on the losing side of a 2-1 ballgame. 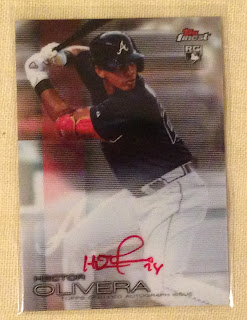 Here's a card I bought in that narrow window of time between the Padres trading Matt Kemp to Atlanta for Hector Olivera, and before they released Olivera, just eating the rest of his contract. I figured they'd be desperate enough to give the a-hole a shot at sticking around, but nope. Oh well, it was only a couple bucks. Know what really appealed to me about this card? Red ink auto! I'm kinda sick of blue and black at this point, so give me a red or green (etc) signature, and you've got my attention. 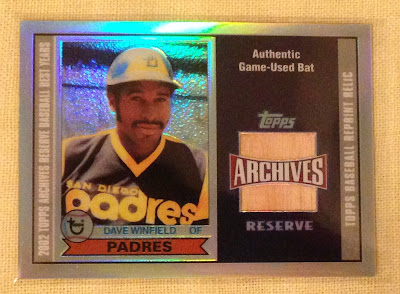 I love Dave Winfield and I love Archives Reserve, so picking up this bat relic for cheap was an easy buy. 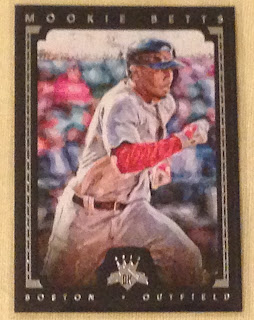 
Er.. ok, now this one wasn't bought on COMC. Jeff at 2x3 Heroes is doing a contest where you have to make a custom card of yourself from your childhood ballplaying days. And dang it, 1st prize is a sweet bunch of cards I'd love to win, so I brought my A-game. While I sadly never played organized ball-- not even T-Ball or Little League-- I had a couple old photos of awkward-aged brace-face me holding a bat. I went big with the 1956 Topps design, because everybody seems to love it but it's tough to customize. Once the poll is live, I'll bug ya'll to vote for me.

[Update: I've since removed the picture of the card since it included my name and signature, making me a little nervous of baddies that might come across it. But I think it was a passable replica!]

So there are some random cards that've made their way into my collection recently. Thanks for checking them out!
Posted by defgav at 2:11 PM