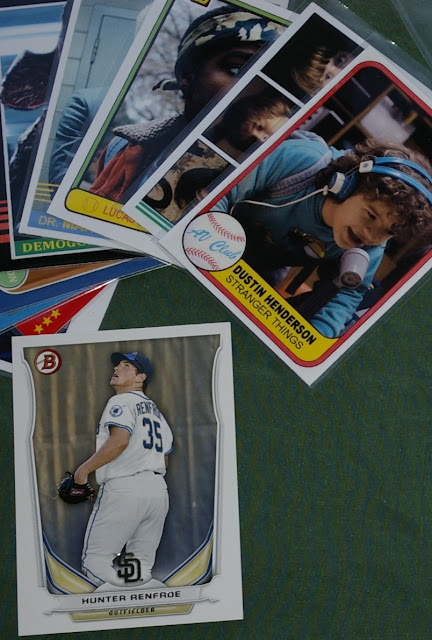 If you guys missed my last post (and it seems only the Fashion Shoes spambot is much of a loyal reader these days, lol), my Stranger Things custom set contest was decided by the outcome of the Dodgers @ Padres game last night.


Hunter Renfroe had a big night and helped make a winner out of Daniel Wilson, with 11 combined runs being scored in the game. Renfroe has been incredible since being called up recently, and has given Padres fans like me something to be optimistic about going into next season.

I was happy to see Daniel shake out on top, as he seems genuinely really into the show and the customs and I know they'll have a good home with him.

Another custom contest that has had a much less happier outcome for me is Jedi Jeff's "make a custom of yourself as a kid" contest. I excitedly crafted my submission for it, spending about two hours meticulously creating a passable representation from scratch of 1956 Topps (a set sited by many as their favorite card design of all time). I was really proud of it and felt good about my chances contending in the contest. Welp, the voting went live and my hopes sank. Last I checked, I was in dead last.. ain't nobody voting for me. I gotta admit, the utter lack of support I received hurt my feelings a little. :dejectedly kicks a rock while pouting:

While in the past I've drawn or written songs, these days my main outlet for creative self-expression is making custom cards. And so I whipped up a card to express my feelings regarding this perceived personal affront to me by the cardblog-reading public. 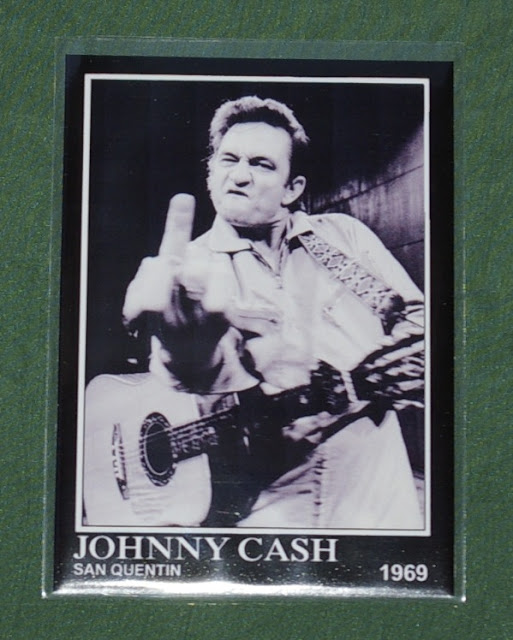 Yep, I've just given the finger to the cardsphere through a custom baseball card. At first I was worried that might be going too far, but then I remembered the name of my blog is Baseball Card Breakdown, and therefore losing my cool every once in a while keeps my blog on-theme, which is good. So suck it. 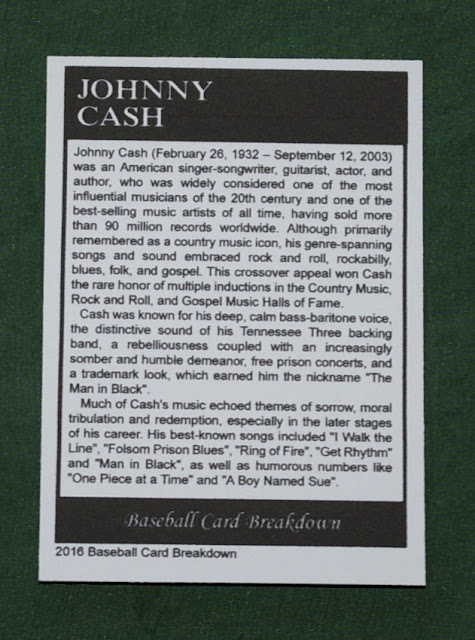 I'm happy with how this Johnny Cash Conlon-style card turned out.

But let's hug-it-out and get past this ugliness, moving on to a friendlier custom... 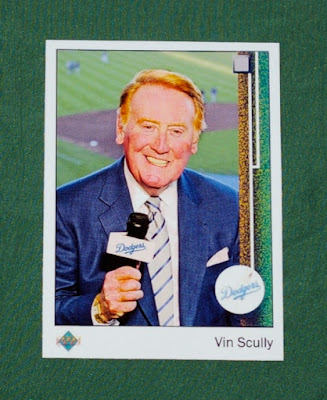 Watching Vin Scully's final Dodger Stadium broadcast last Sunday was a moving experience. Sadness was fresh in the air from the morning, with the untimely death of Jose Fernandez, through the late afternoon, with the passing of Arnold Palmer. And between them was another ending no one wanted to see, that of Vin Scully's tenure as Pope of Dodgertown. I again turned to custom card-making to express my feelings, creating yet another card honoring Mr. Scully. 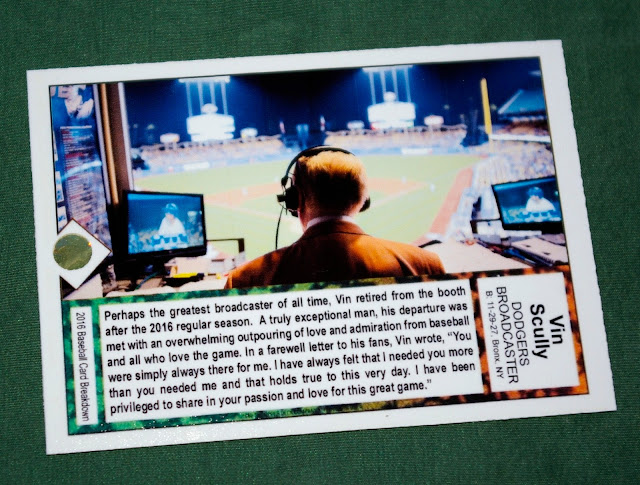 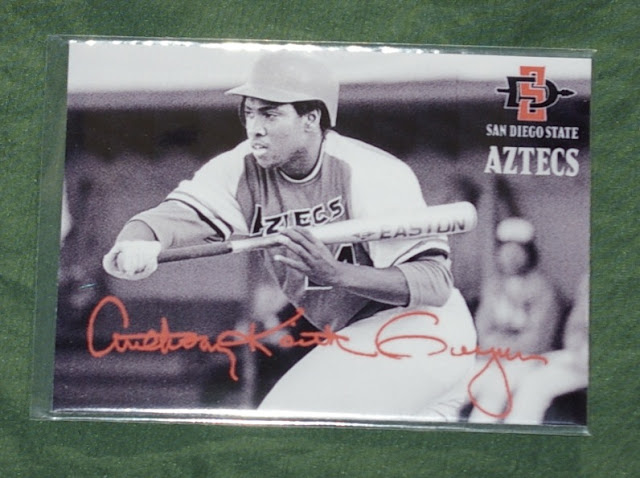 This image of Tony from his days at my alma mater with complementing logo and full-name signature comes from a larger print I made a while back, but it only makes sense that I'd shrink it down to standard card-size. Took me a while to get around to it, but here it is. 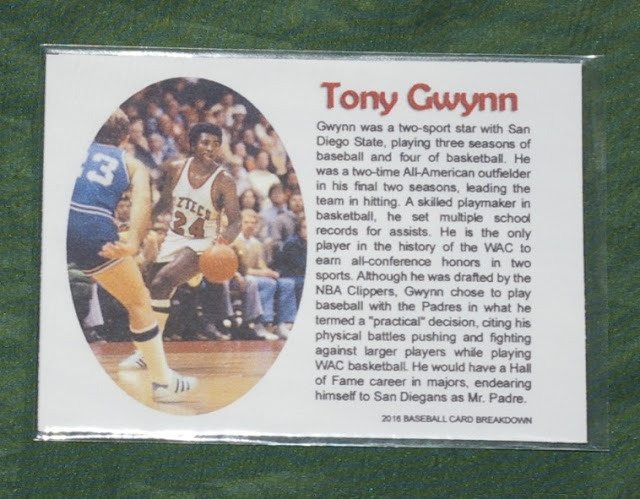 And I whipped up a back with a photo from his hoop dream days and a little write-up on his collegiate career. As I've said before, I love the heck outta Tony Gwynn, and it's a sweet bonus for me that we both graduated from the same school, so I love to see that commemorated on cardboard.

There you have it, a few customs from the heart. Copies of all are available for trade, including the Stranger Things cards, so if you're interested in anything, take a look at my wantlist and drop me an email. Or if you're a regular trader-buddy of mine and would like me to throw anything here in with the next bunch of cards I send you, just let me know and I'll add it to your stack.

Thanks for stopping by! Sorry about flipping y'all off earlier via Johnny Cash.
Posted by defgav at 3:40 PM