Late to the Party

Big weekend here at Baseball Card Breakdown HQ. Friday, my wife won us tickets to go see TJ Miller's comedy show (He's probably best known these days as playing Erlich on Silicon Valley). It was hilarious, but it was the late show and ran even later than scheduled, so we were both pretty pooped by the time we finally got home.

Speaking of being late, I'm a little late on Trevor Story mania, with his impressive rookie season cut short by injury, but I won an auction for a Ginter framed mini auto the other day.. 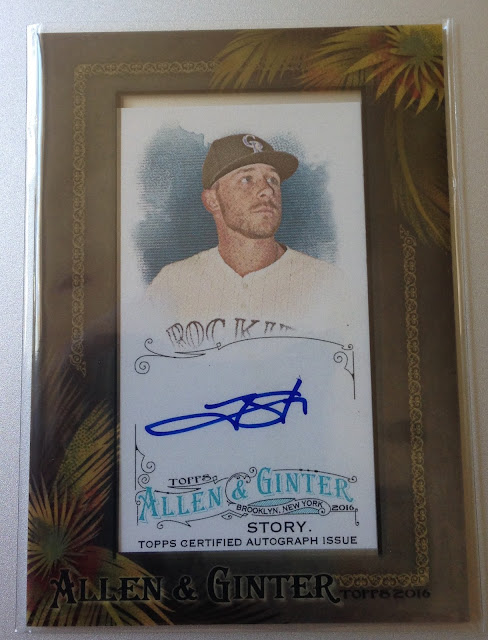 I like it! I was lucky enough to win a 2016 A&G complete set with SPs, and not that I'm foolish enough to go after a "master set" or anything, but maybe I'll add a few hits to it too. I wouldn't mind adding the weird Urias SP one of these days.

Next let's change gears for a trade recap. Angus from Dawg Day Cards recently got in touch with me about swapping cards. 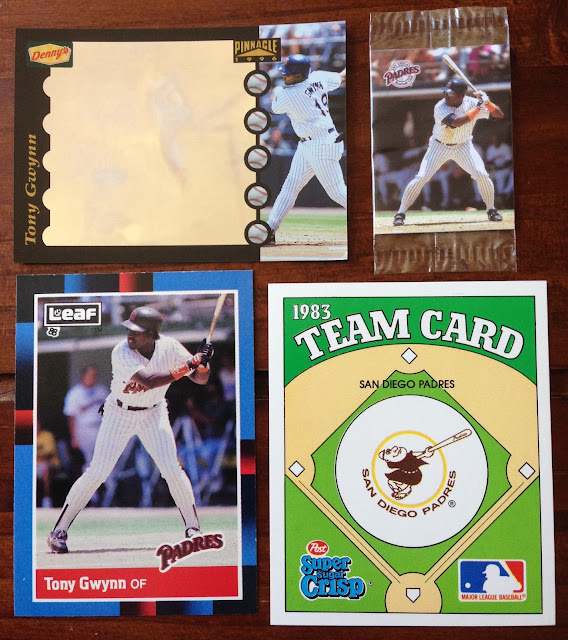 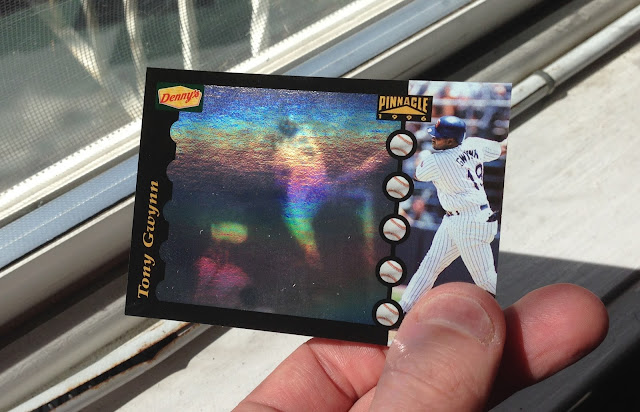 Is it just me or did Denny's hologram technology go down in 1993? I couldn't get a good view of this one. 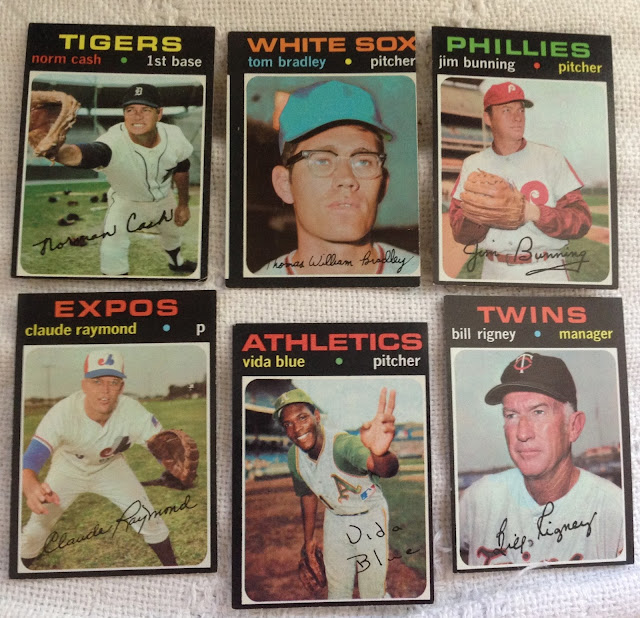 Yeah! Angus was able to find several cards on my dwindling 1971 Topps wantlist including the distinguished Norm Cash and Jim Bunning. While I had just recently picked up a '71 Vida Blue, I'm happy to get a second one of that iconic card that I can put with the PC.

Thanks for the great first trade, Angus! I hope to soon send you back some stuff you're equally happy with. 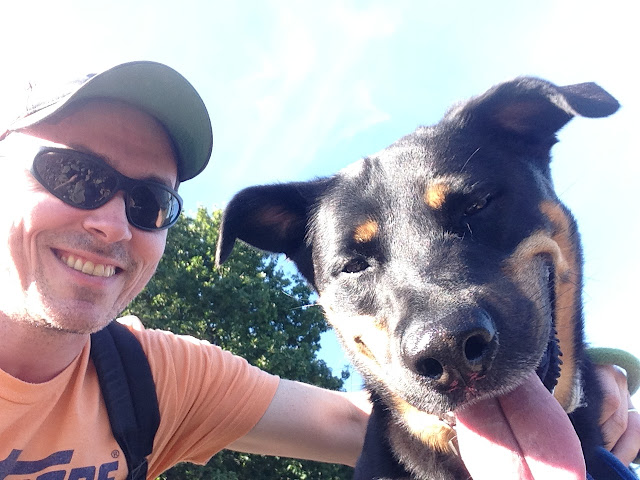 Then Saturday my wife's dragonboat team had their big race of the year. Me and Annie went down to cheer them on. 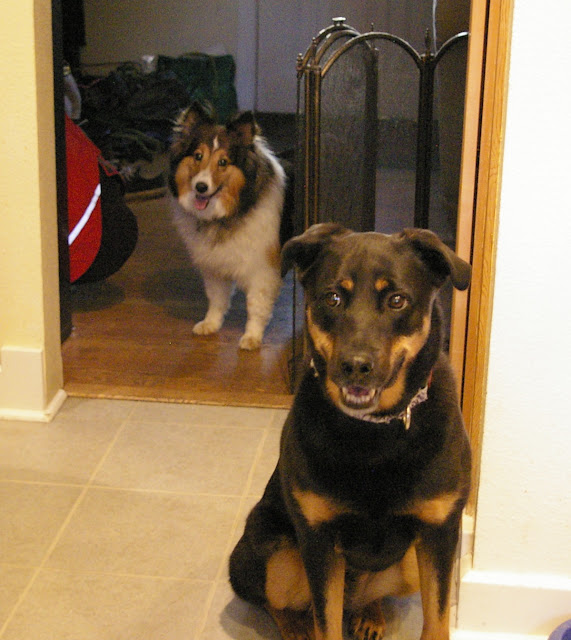 Saturday night, Annie had a sleepover, as we dogsat a cool pooch named Jack who belongs to a teammate. That was cool except for a stressful dream I had where we lost him. But luckily the dream was not realized and he was safely returned to his family Sunday morning.

Now I'm just trying to have a lazy Sunday and spend some time on a custom card project I've got in the works.
Posted by defgav at 2:49 PM