A couple months ago, Netflix released a cool show called Stranger Things. It was a big hit, harkening back to the likes of E.T., The Goonies, and the work of Stephen King. I'll admit I was reluctant to give it a shot at first, as I'm generally not really into X-Files type sci-fi stuff. But everybody in my department at work kept raving about it, so I ended up binging through the show's 8 episodes over a couple late nights. I really liked it a lot, and well, it was practically begging to have a custom card set made for it in 80s designs, the decade in which the show takes place. And so I made one! 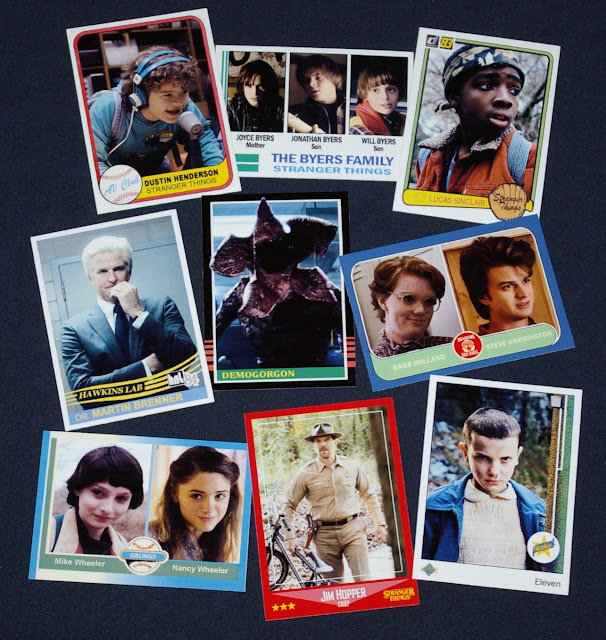 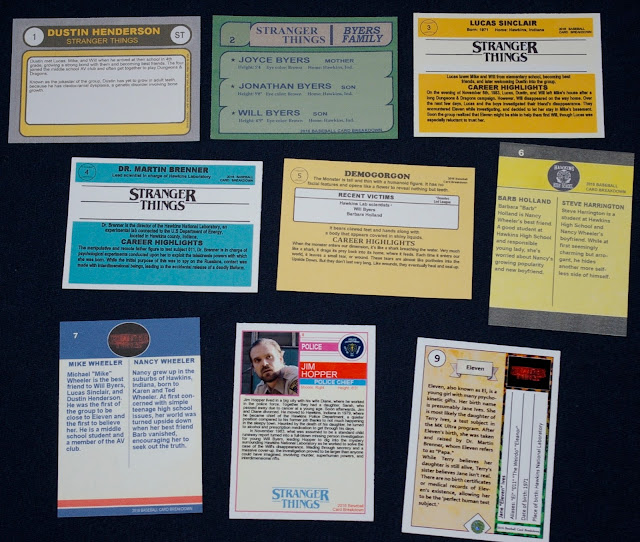 I'm pretty happy with them!

Let's do a quick little CONTEST!
Comment on this post to be in the running to win a couple cards of your choice from this set.
If the winner is either a follower of the blog (blue "Follow" button on the right) OR a follower on Twitter (@breakdowncards), they can pick any four cards.
If the winner is both a follower of the blog AND a follower on Twitter, they'll get a complete set of all 9 cards.
The entry period will be open for a few days, then we'll randomly select a winner per my usual method. If there are 22+ entries, I'll pick 2 winners. If there are 33+ entries, I'll pick 3 winners, and so on, so spread the word if you like. I'll most likely throw in a few bonus cards with each prize too.

Update: CONTEST ENTRY PERIOD IS NOW CLOSED. Thanks to all who entered!