Let's take a look at a nice surprise PWE from Shane at Shoebox Legends, then we'll set the lineup for the Stranger Things custom contest. 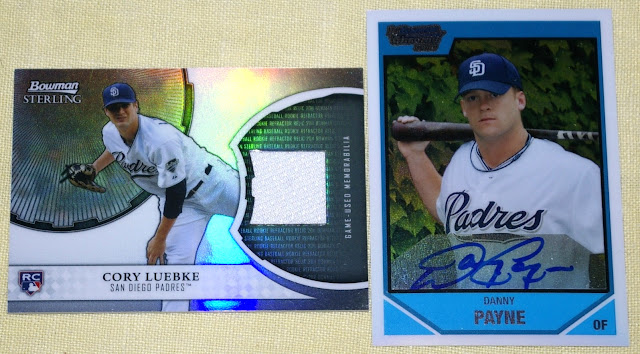 Ooh, a couple hits! While I'm not really a team collector, it's always nice to receive hits, regardless of the team. And I guess with Underdog Collector and Marcus not being very active on the blogs these days, I may have kinda become the defacto dumping ground for Padre cards. Ha, that's cool.
Cory Luebke was a solid young lefty for San Diego in 2011 before injuries stalled him in 2012. He finally made it back the bigs this year, pitching ineffectively for the Pirates in a few games before being released and signed by the Marlins to a minor league deal.
Looks like Danny Payne never made it up top, finishing his career in 2011 at AAA. Still, though, certified autos are always cool to get.

Some Padres leaders from the past. 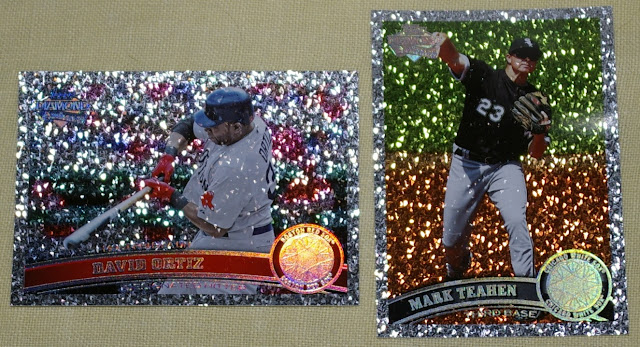 A couple cards for my 2011 Topps parallel frankenset, including Ortiz! 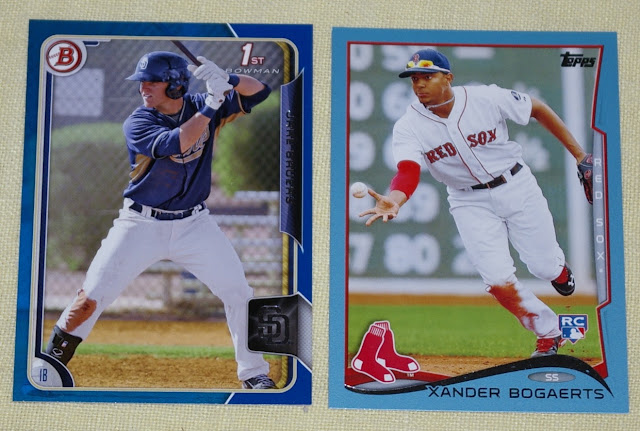 And we close with a couple blue parallels. 2015 Bowman parallels look damn good (hmm.. another parallel frankenset for me to work on? Ha, I probably shouldn't! Maybe someday). Jake Bauers went to Tampa in the Wil Myers trade, and had himself a solid season in AA, batting .274 with double-digits in homers and stolen bases.
The blue 2014 Topps Xander Bogaerts is a nice addition to my PC. Shane has himself an excellent XB PC, and this must've been a dupe he was kind enough to share with me.

Big thanks, Shane! I'll hit you back with some Red Sox soon.

Shane was a lucky winner in one of my recent contests, and his prize package was a fun one to put together. He seemed to like it! You can see his post on the goodies here if you missed it.

And speaking of contests, there were 16 entrants for my giveaway of a Stranger Things custom card set. Not a huge turnout, but I understand that obviously not everybody is a Netflix subscriber (plus some collectors don't necessarily care much about customs.. Fair enough). As for picking a winner, let's say the winning number is the total number of runs scored in tonight's (9/28/16) Dodgers @ Padres game. Here are the contestants in a randomized order (Again, this is not picking a winner yet, just assigning numbers): 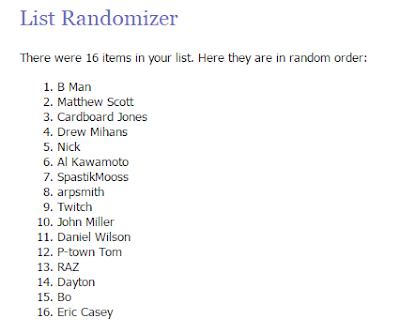 We'll loop back after 16, so a 17-run slugfest would result in B Man winning.
Good luck to all you guys!