Here are some recent eBay pickups. 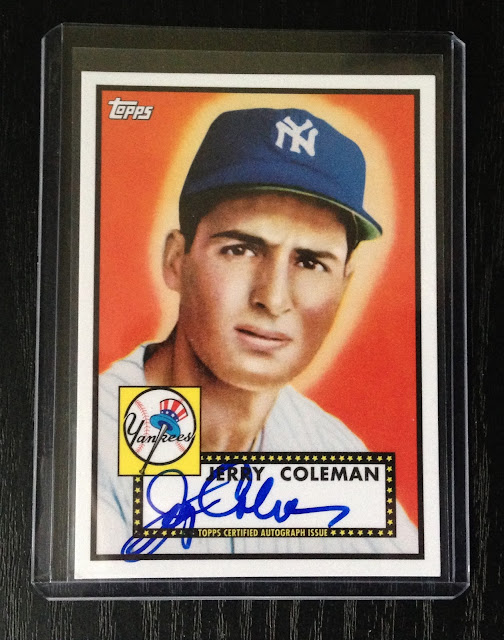 When I found out there was another widely-available (inexpensive) Jerry Coleman auto out there that I didn't have, I set a search for one with a low opening bid. A couple weeks later this one popped up and I ended up winning for just $6.39 plus shipping. Gotta love the Colonel, second only to Tony Gwynn in the hearts of Padres fans. I picked up an original '52 Jerry Coleman back in May 2014 (wow, has it been that long already?), and this tweaked certified auto version is a nice complement.

Before paying, I took a look at the sellers other's auctions and ended up winning this card too... 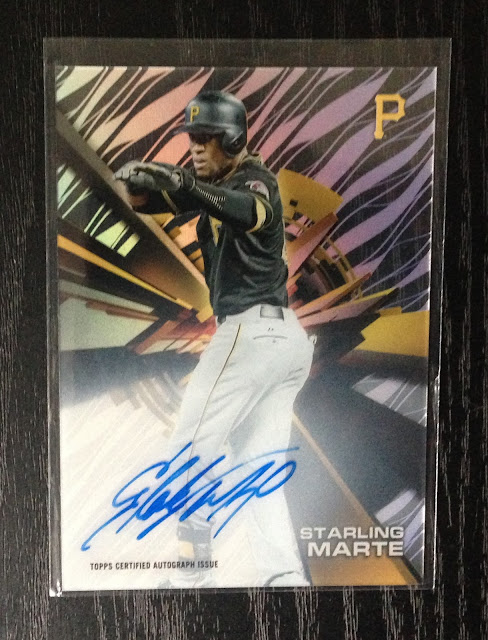 My first Starling Marte auto. He's quietly having another very strong year, making the All-Star team and batting over .300 for the first time. These Topps Tek cards always look nice, and as long as it's not a low numbered parallel, they're usually affordable. Landed this base auto for just $3.25 plus 50¢ additional shipping. 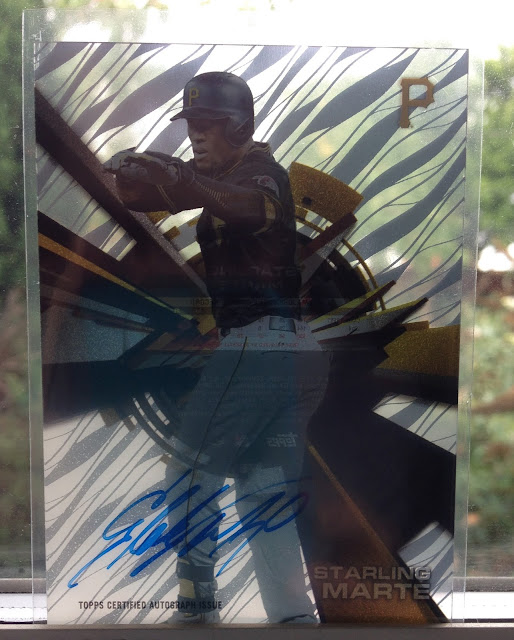 Just another photo of it, showing off the acetate-ness of it in the window.


This next card I picked up along with the Coolio auto I showed off a few days ago. For just 99¢ and no extra shipping, I added this to my order... 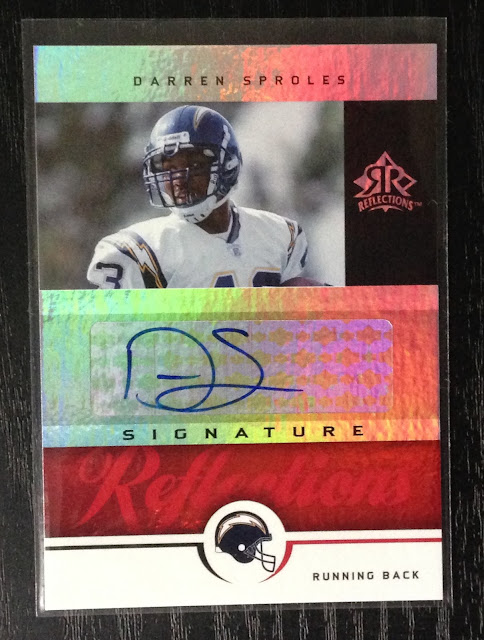 I'm sure you guys are sick of everytime I post a football card, I go on a mini rant about how I don't care about football anymore. The only snaps I'll watch this year will be if I'm out somewhere and they happen to have a game on. Maybe if there are really interesting playoff match-ups, I'll actually put a game on voluntarily. If the Chargers PR nightmare of nearly moving the franchise to Los Angeles wasn't bad enough, then there was the ugly ordeal of trying to sign their first draft pick, Joey Bosa. They eventually agreed to terms, but both sides came out looking like assholes. So while of course I still hope San Diego surprises everybody and wins the Super Bowl for once, it'd be stretching it to really call myself a fan anymore.

Despite my animosity with the Chargers these days, I still have some sentimental fuzzies for the teams of the 90s and 00s back when I gave a damn. And so picking up a Darren Sproles stickergraph for just a lousy buck was an easy choice. He couldn't quite fill the shoes of the great LaDainian Tomlinson, but he had some exciting moments for the Bolts. I honestly had no idea before just now checking his Wikipedia entry, but apparently he's still active, currently with the Eagles. Good for him! Hopefully for his sake he retires soon, though.. Football is bad for you!


Unlike the previous cards, this next one was actually bought a few months ago, but I never got around to posting it here and since I'm talking about old Chargers guys I remember rooting for back in the day, here's this.. 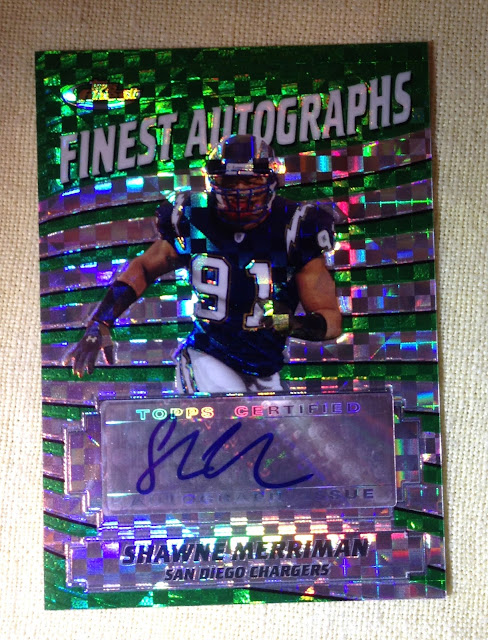 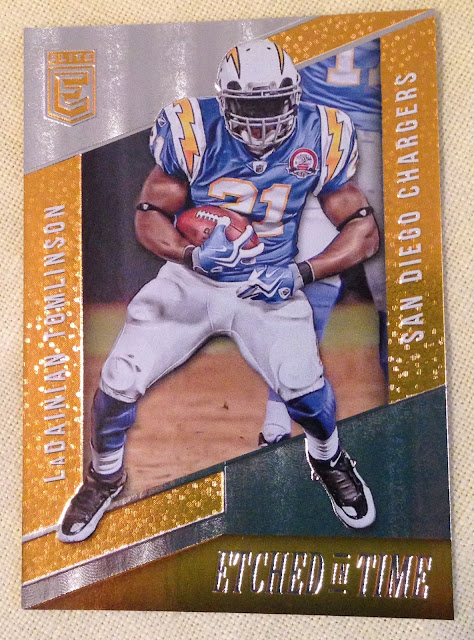 Ain't nobody better say nothing bad about Mr. Tomlinson! He's one of the all-time greatests. Good guy off the field, too. This 2016 Donruss Elite parallel breaks the post's theme of autographed cards, but it's the numbering on the back that called me to it.. 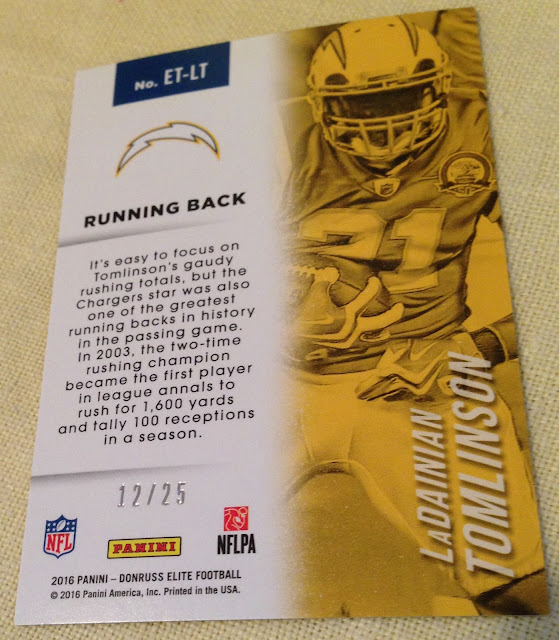 Yep, my second LaDainian Christmas Card! (Could have sworn I posted the first one on the blog before, an auto, but I can't seem to find that post now.)

That's it for today. Thanks for stopping by and have a great weekend.
Posted by defgav at 3:08 PM