I got some basketball cards in recently. Growing up in San Diego, I was out in the cold as far as having a hometown NBA team to root for, so I never really got into the sport too heavily. But I'm still a casual fan, and keep a passing familiarity with what's going on in the game, especially since I started watching ESPN's Pardon The Interruption with some regularity again (I try to schedule hitting the work gym around the time it comes on so I can watch it while I'm on the stationary bike or treadmill.) While I don't have a favorite team, I've grown to feel a particular appreciation for the San Antonio Spurs, just because they seem like a classy organization who wins a lot with minimal drama bullshit. And because of this I kinda-sorta have little player collections for Tim Duncan and Tony Parker. 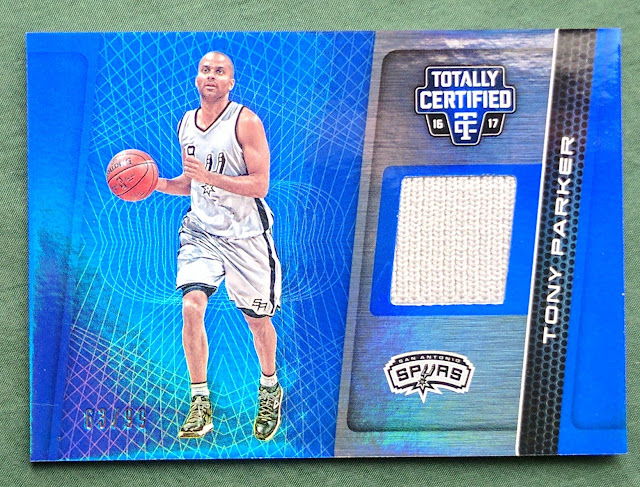 This sharp relic #'d /99 was a recent contest win from Sport Card Collectors. He runs a bunch of contests, many of which I enter, and every so often I end up on top of the randomized list. He's had a couple issues lately with contest relics he sent out getting damaged in the PWE (sending relics in a PWE can be risky, as the relic hole makes the card more susceptible to creasing when slightly bent than a standard card), but lucky for me, this one arrived safe and sound.

Keeping the Spurs theme going, I just got a surprise trade package from Billy at Cardboard History that gave my recently-begun Tim Duncan PC a huge boost. 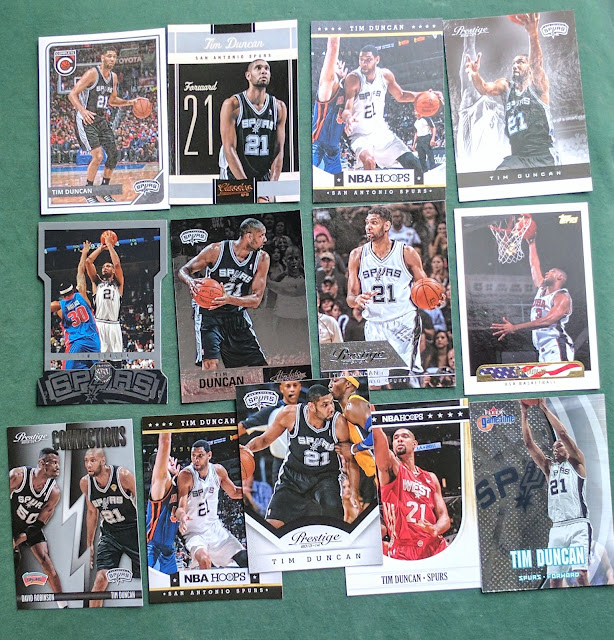 When I decided to officially add Tim Duncan to the list of guys I collect, I gave Billy a heads-up, figuring he likely had a few dupes he could share with me, and sure enough, he hit me with a baker's dozen of great cards. 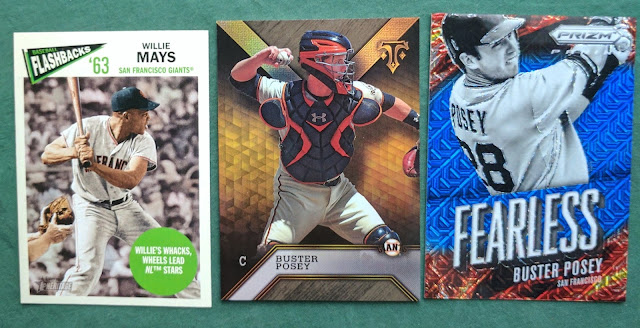 Billy is one of the rare guys on the cardsphere who doesn't really collect baseball, but he still managed to scrape up 3 baseball cards for me. Ha, I'm not sure why the emphasis on Giants, but I'm not going to complain about a Willie Mays insert and a couple shiny Buster Posey cards.

I feel like Topps ripped off Panini for that particular refractor parallel design used on the Fearless card on their new 1987 Topps "silver pack" parallels. Judge for yourself:

Very similar looking background pattern.. sort of a Transformers logo type design. Not sure why Topps couldn't have come up with something fresh. Almost as bad as naming their fishfractors "Prism" refractors even though Panini is obviously the card company most associated with the term.

But back to the trade package.. 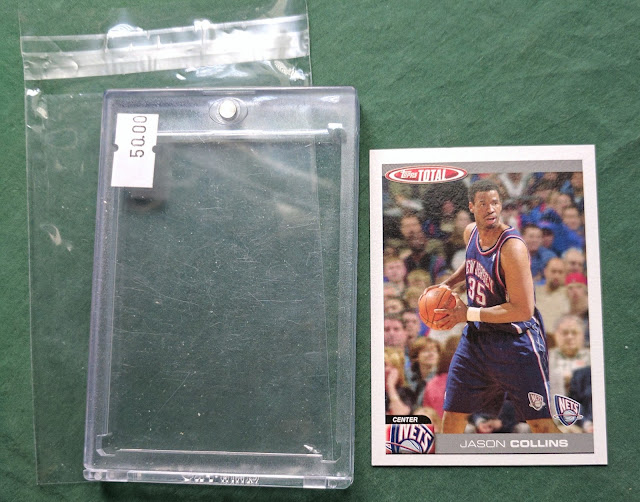 Billy also included a magnetic one-touch for me (a little Goo Gone should get that price tag off without much trouble) and a Jason Collins card for my Pride PC.

Big thanks, Billy! Much appreciated.

This last one for today is from a recent combined-shipping eBay order, but it fits in with this post... 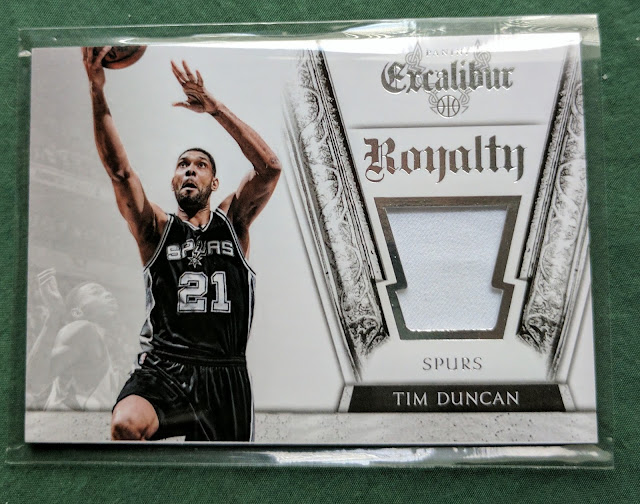 Just a plain white swatch, but nice to add a hit to my sprouting Tim Duncan PC. He doesn't seem to have many auto cards out there, and the ones he has are very expensive, so I probably won't be landing one anytime soon. But hopefully with his extra free time in retirement, he'll sign an autograph contract with Panini and get some more autos on the market.

So that's it for now. Basketball cards aren't a priority for my collection, but it's nice to add a few once in a while. Have a great weekend, everybody!
Posted by defgav at 3:59 PM