Adrián Beltré has been one of my favorite active players over the past few years, so it's a bummer to hear he decided to retire today. He's incredibly entertaining and a lock for the Hall of Fame. I thought he had a couple more seasons in him.

But it's a good excuse to sort out my PC and see what I've got. So here's how my Beltre collection stands at the point of his retirement. 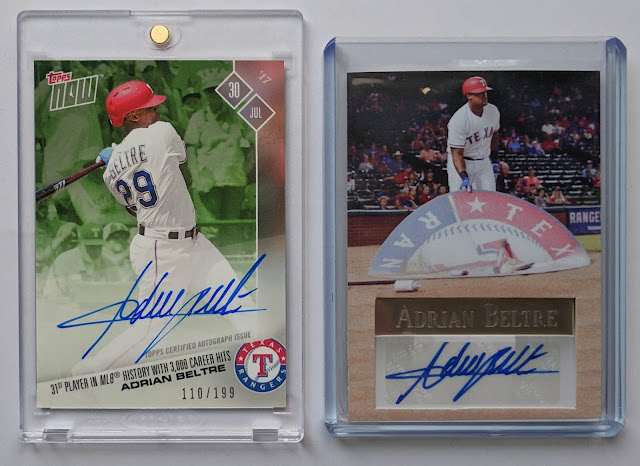 The 2-pronged crown of the PC consists of the pair of certified autos I've got, which I talked more about in an earlier post. 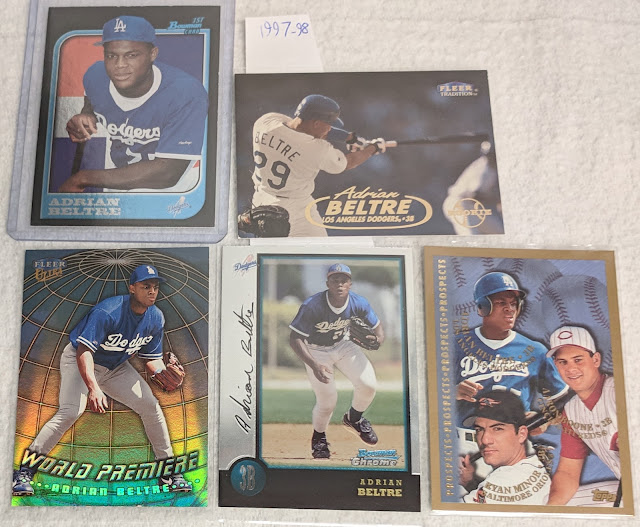 A few early cards. The '97 1st Bowman Card - International parallel was a pretty sweet sub-buck card show find a couple years ago. I would still like to score his '97 Bowman Chrome card at some point, which I believe is considered his top mainstream rookie card. 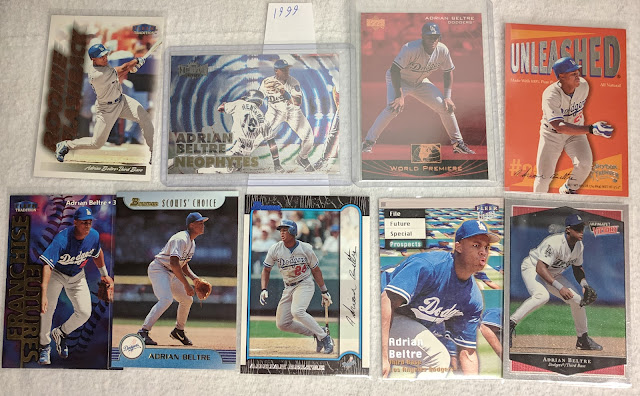 1999 is highlighted by the Wheaties homage. 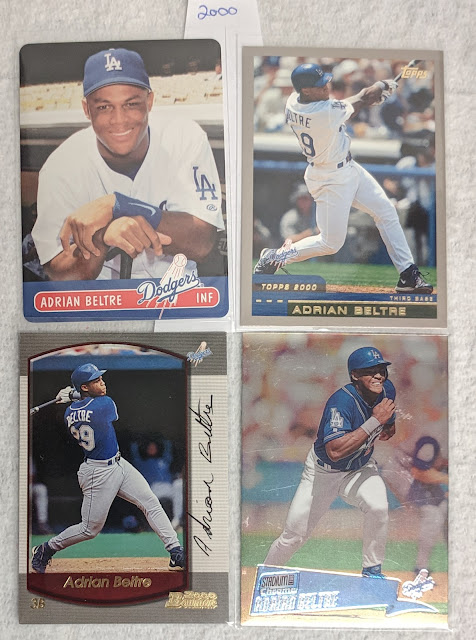 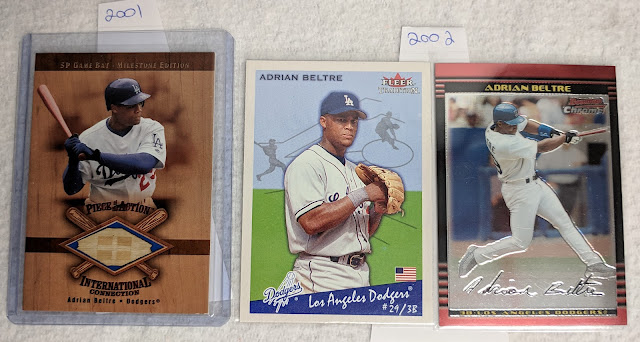 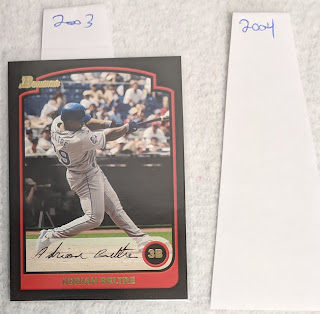 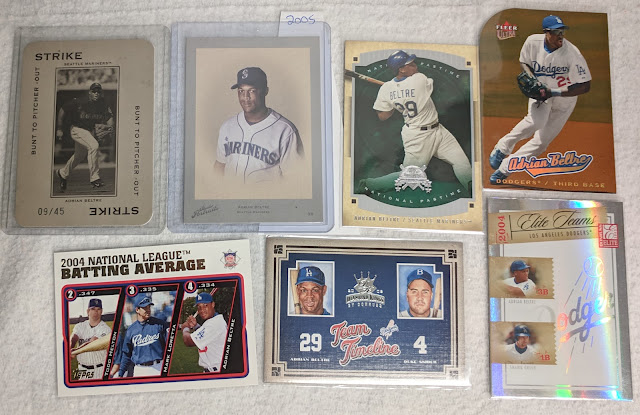 But a bunch of cards from 2005 a year removed from his breakout '04 season when Beltre won the HR crown and finished runner-up to Bonds for NL MVP. I think 3 or 4 of these are serial numbered. 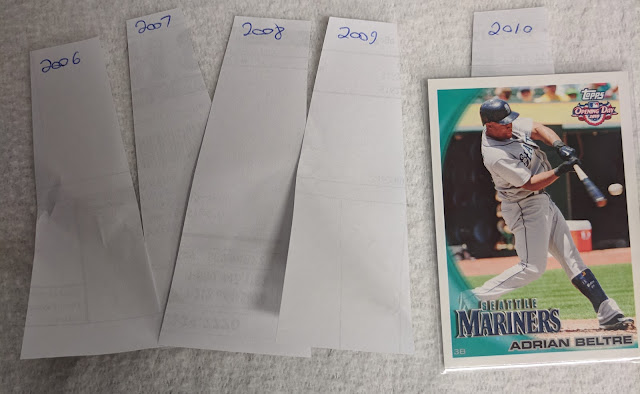 Then my PC hits a dry patch for a few years. 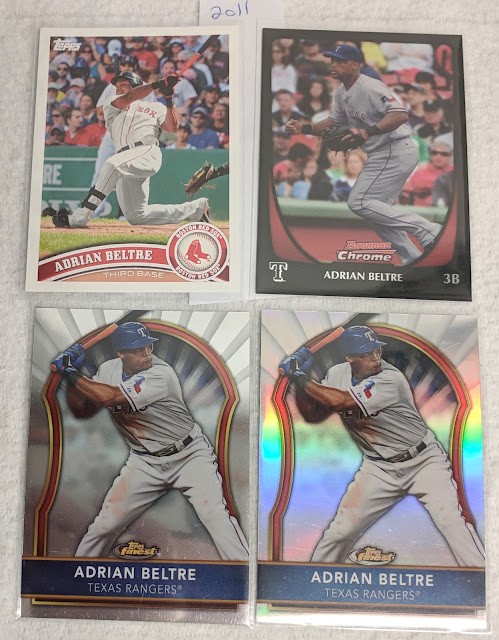 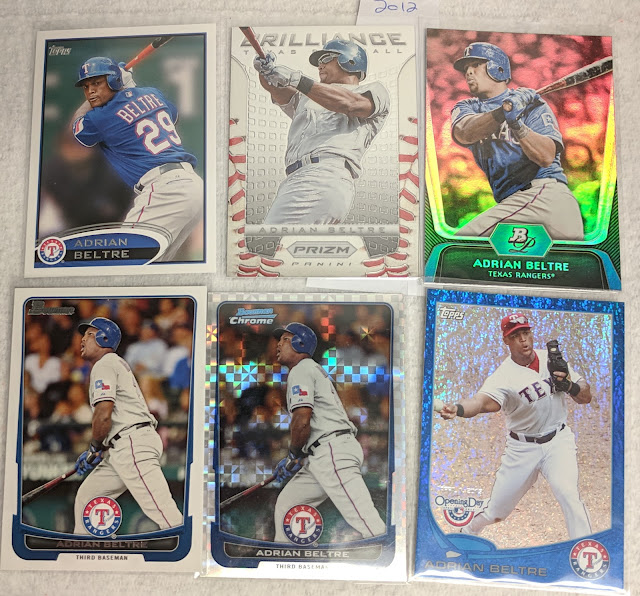 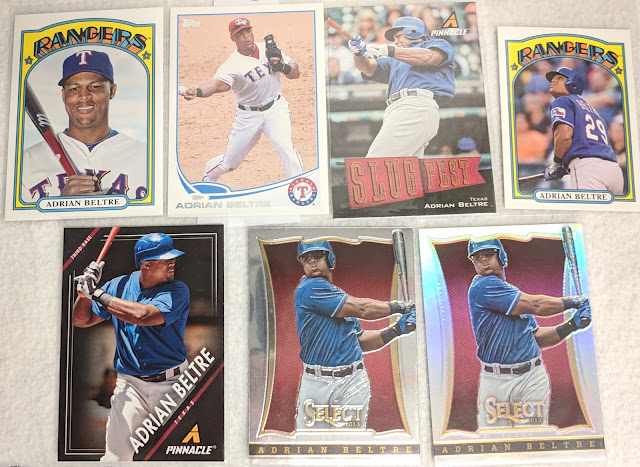 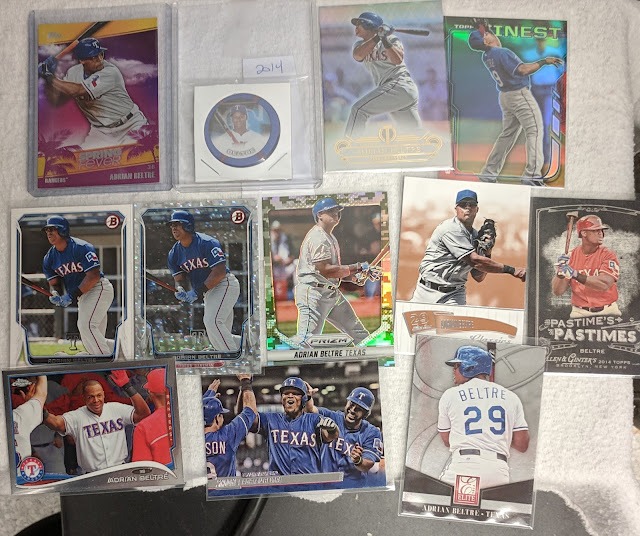 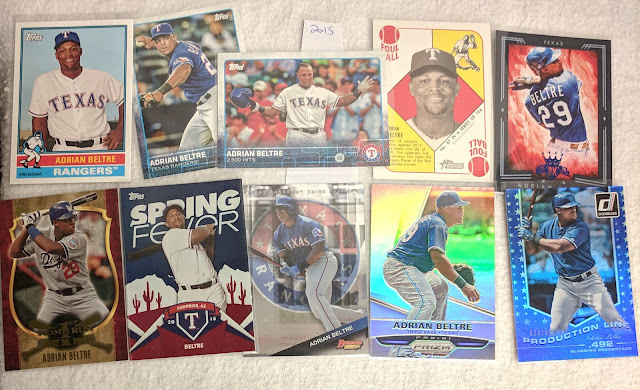 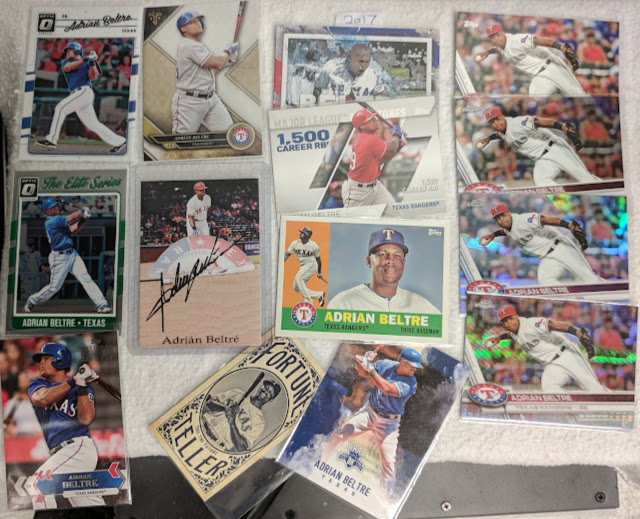 2017. The "signed" card is a TTM semi-success from earlier this year. By my count, I've just barely squeaked over the magic number of 100 different cards, so I'll be "retiring" him into the Hundred Card Club section of my wantlist shortly, though I'd still be down for any cards of his that I'm missing, especially from those barren years in the aughts.

Thanks for everything, Adrian!
Posted by defgav at 3:56 PM