I'm not exaggerating when I say I probably check eBay for Topps Retired refractor autos about 100 times a day. When I'm on "autopilot" surfing the web, sometimes I'll just just mindlessly click the link even if I just clicked it like 10 seconds before.

Even with this obsessive behavior, I still miss out on some listings. Just a weekend or two ago, my eyes perked up when a 2004 Alan Trammell refractor popped up at a heck of a buy-it-now price. But in the couple seconds it took me to click the link, someone else had just beat me to it. Man, that was heartbreaking! Trammell is one of the final sweet 16 I need for my 2004 Topps Retired Refractor Autos set, my #1 overall collecting project.

While I'm mainly focused on '04 Retired, I also keep an eye out for the other two sets, '03 and '05. I recently snagged a trio for my '03 Topps Retired auto collection, which I'll show off to you now. 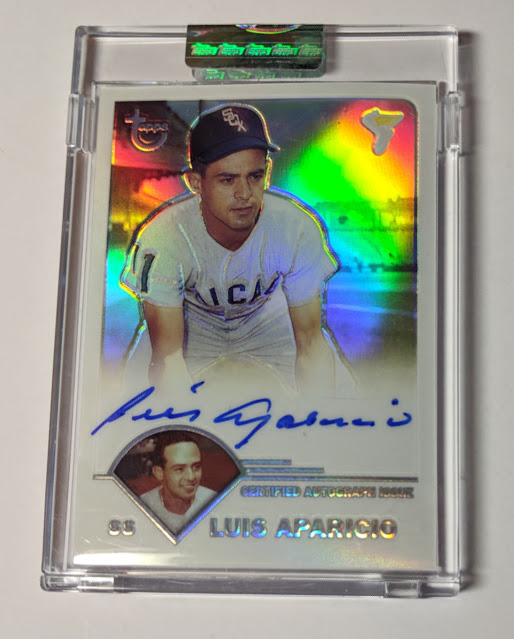 This Luis Aparicio popped up at a steal of a buy-it-now not long after I missed out on the Trammell, so I consider it somewhat of a karmic gift from the Cardboard Gods, taking one HOF shortstop away from me, but hooking me up with another. 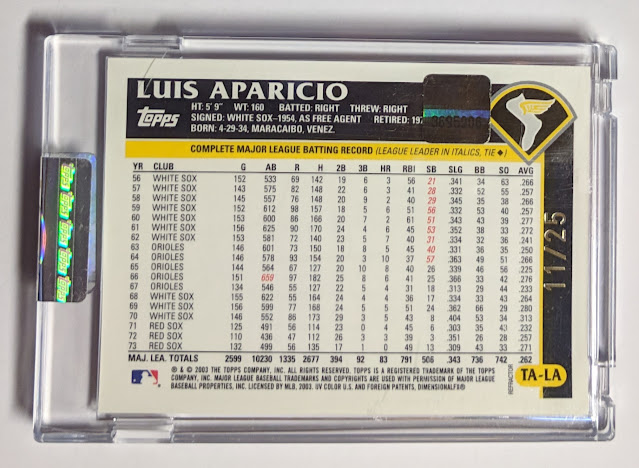 Definitely a speedster the first half of his career. 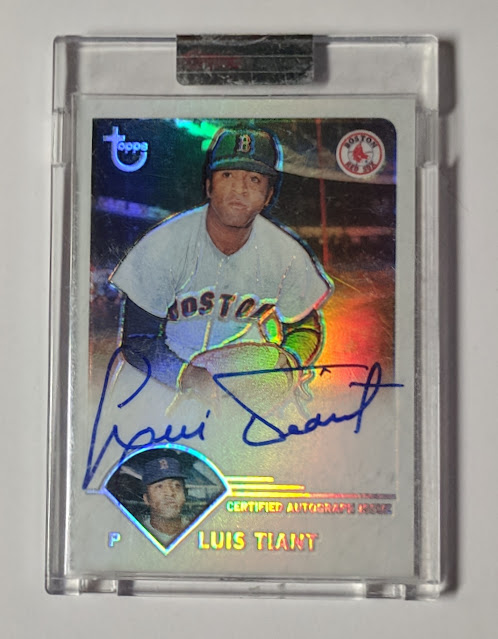 And howbout another Louie? This Luis Tiant had been on eBay for as long as I can remember at a very "reaching" asking price. The seller had recently added a best-offer option. I made a decent offer (though less than half of his asking price), and was a little surprised when he accepted. 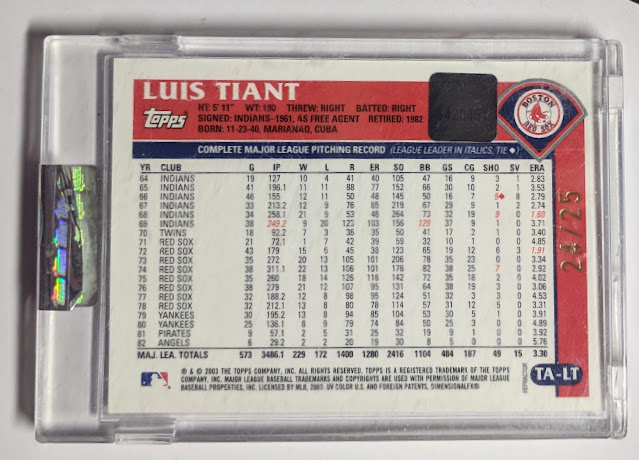 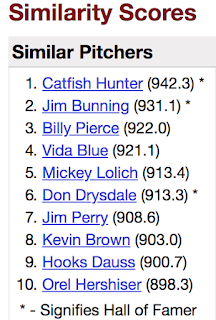 I'm admittedly a "Big Hall" guy, but Tiant should be in Cooperstown. The two most statistically similar players to him (according to baseball-reference) are in. Plus he was a fun "character" that are great for the game. Hopefully the veterans committee (or whoever's making those decisions these days) puts him in while he's still with us. 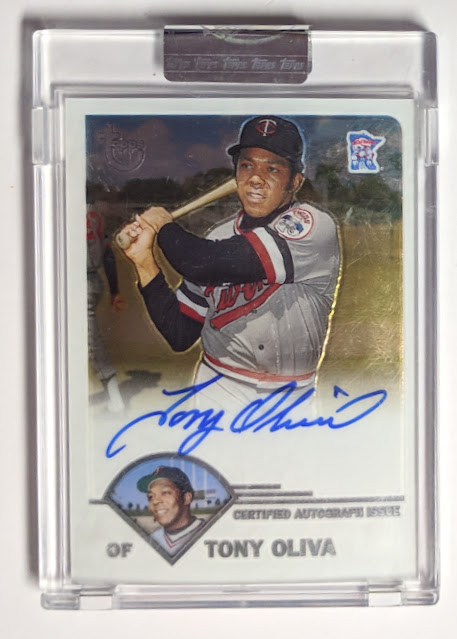 Lastly for today, here's Tony Oliva, another Cuban great. This one isn't a refractor, just a lowly base auto, but still, I don't see this one pop up all that often, so I grabbed it when it popped up at a reasonable asking price. 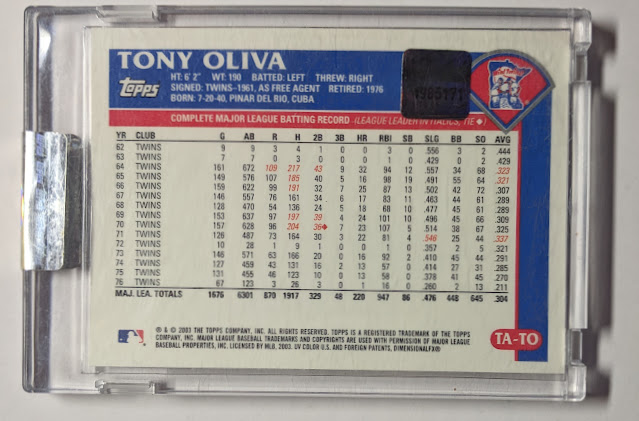 By my count, I've got 26 or so of the 115 total autos in 2003 Topps Retired, a mix of refractors and base autos. I don't expect to ever complete the '03 Retired autos, but again, I'll usually pick up any I need if I see them for a good price.


(The Oliva card is numbered "TA-TO" which is close enough for me to include a Toto cover.)
Posted by defgav at 3:46 PM