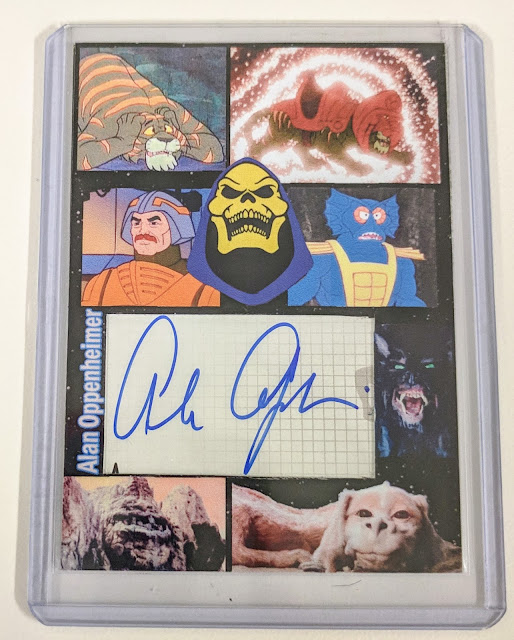 Alan Oppenheimer has had an impressive career, both as a successful on-screen actor and legendary voice actor. While he's done a ton of stuff, my favorite projects of his are 80s treasures from my childhood, He-Man and the Masters of the Universe and The Neverending Story.

I watched The Neverending Story over New Year's weekend, a film I remember loving as a kid. I got to reading its Wikipedia entry and was compelled to check if Alan Oppenheimer had any certified autos out there. Turns out he does, and as my last purchase of 2018, I picked one up for a good deal. 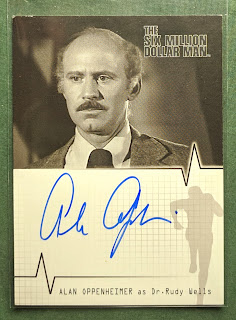 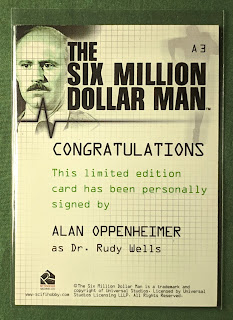 The Six Million Dollar Man was a bit before my time and doesn't really mean much to me. So that means custom overlay time. 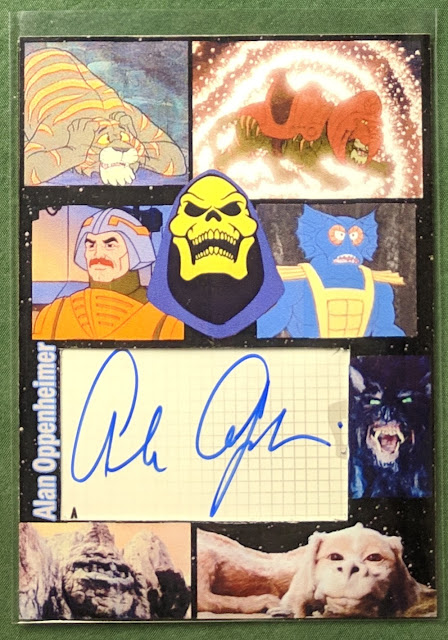 Alan voiced all these characters, with Skeletor from the original He-Man cartoon probably being the best known.

Gotta admit I wasn't a huge He-Man fan as a kid.. I only owned like 2 or 3 of the toys over the course of my childhood and I think those were gifts that I didn't specifically ask for. And I didn't watch the cartoon very often. But I remember my best friend in 1st grade, Josh, was a big He-Man fan, so I'd often play with the toys with him when we hung out at his place. There were some pretty cool figures (one I remember having was Rattlor, a snake-man who rattled and his neck popped up when you pushed a button on his back), and if I ever dive into actively collecting toys one of these days, I'll be sure to grab some MOTU (Masters of the Universe) stuff. I've been watching through the old episodes on Netflix (usually put on as background noise late at night after a couple drinks) and though it's pretty cheesy, I enjoy it a lot.

So anyways, it's a sweet addition to my little non-sport autograph collection, and I'm really happy with how the custom overlay turned out.
Posted by defgav at 3:49 PM