Kicking off the New Year by busting a box! 2013 Topps Museum Collection. This box was a Christmas gift, though I had restraint and held off opening it till the 1st. I don't have super high hopes for it, as the 2 or 3 Topps Museum boxes I've opened in the past haven't been all that great. But maybe this one will buck the trend and knock me on my ass? Let's hope so! Here we go... Wow.. this has got to be a nicest relic card I've ever pulled! Awesome patch(es). It's numbered a cool 1/5. The only bummer is Dustin Pedroia isn't a guy I collect. He's obviously a very good player, though, and other than a lost 2018 season, has had an impressive career. 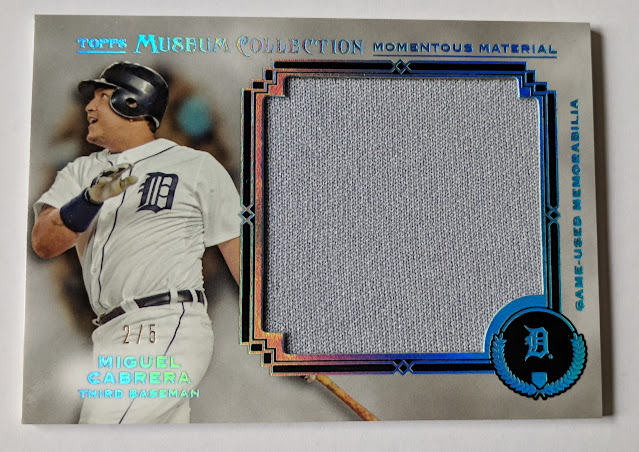 My second hit is a jumbo relic of Miguel Cabrera. Lots to like here: dude I collect and probable future HOFer, numbered 2/5, and the rainbow foil is nice. But what sinks the card is the mega boring big gray swatch. If you had a piece of patch or something on there, then you'd really have something. Oh well, still a sweet addition to my Miggy PC.

I actually opened those above 2 packs (mini boxes) just after the clock struck 2019, then went to bed to save the other 2 (which must contain the 2 promised autos) for New Year's Day morning. 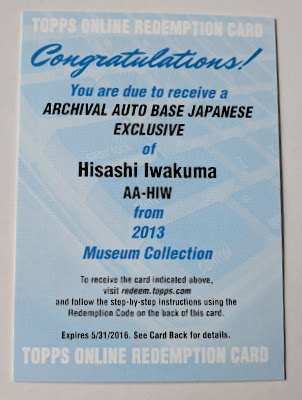 Ouch.. expired redemption card. Hisashi Iwakuma had some solid years, but he's definitely not a big name to pull. I suppose that's good because if this was an expired redemption for somebody like Hank Aaron or Mike Trout, it would hurt a lot more. 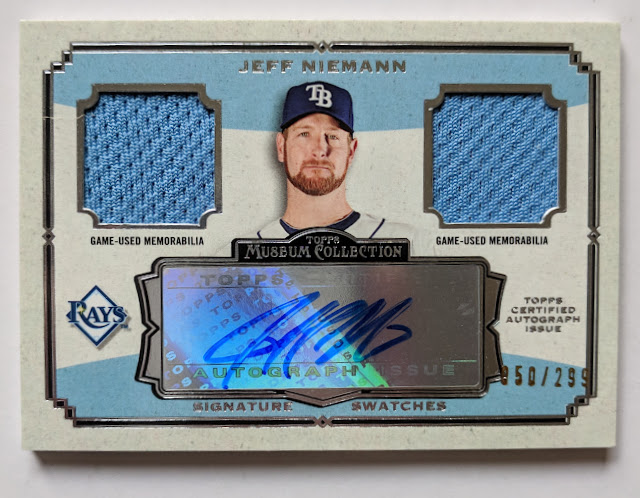 Ooof! That sucks! Jeff Niemann's career had already been cut short by the time this stickergraph came out. And it's a Rays card which means its trade value is miniscule.

So after two strong relics to start off with, the box is bombed by a pair of worthless autos (well, one auto and one expired redemption). That's a bummer. Hopefully this isn't an omen for my 2019!

At least this box was a gift, so I don't have to think too hard about what it cost.

Museum Collection isn't just hits, though. Let's check out the other cards I pulled... Some numbered parallels. Not bad.. I can use the Boggs and Kershaw. 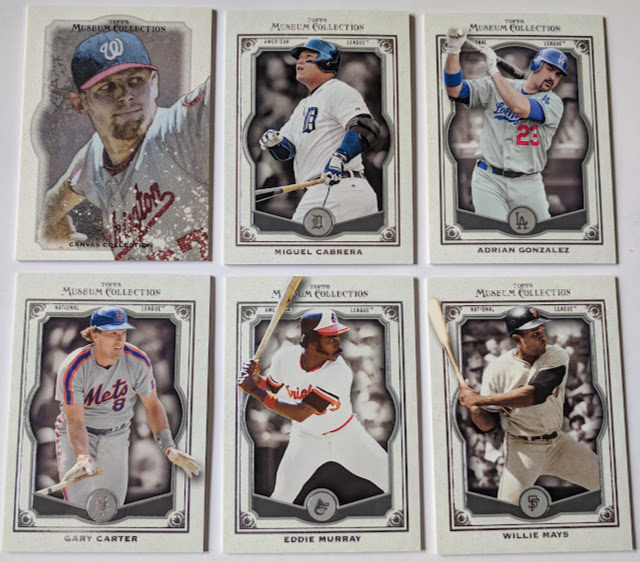 Here's the rest of the cards. I know Topps has used that Jackie Robinson photo hundreds of times over the years, but it's still a great looking card.


Again, despite the brutal autograph pulls, it was still a fun break. I should probably stay away from Museum Collection, though, as it never seems to go my way.