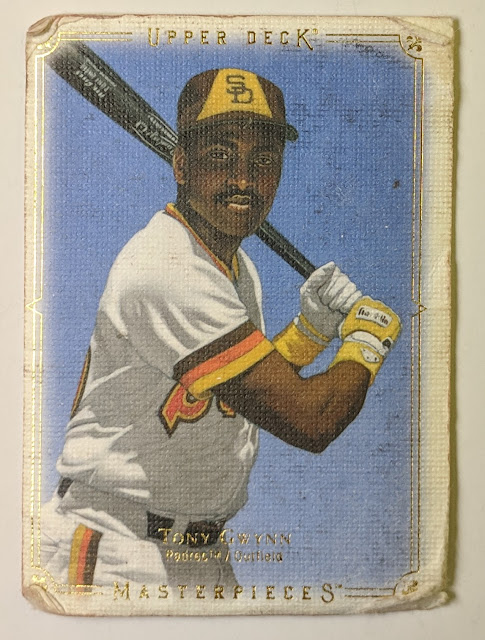 It was a privilege having this UD Masterpieces card as my Wallet Card for 2018. Heck, the wear might make it look even better! It could almost pass for pre-war! LOL. It was a well-traveled card, too, achieving my dream of dipping a wallet card in both Pacific and Atlantic oceans.


Wallet Card achievement unlocked! My wallet Gwynn has now traversed the continental US during a calendar year. I've hoped for a chance to tweet this since I started doing the #walletcard thing a few years ago. Glad I finally made it happen! Vacation recap: https://t.co/E4dFRGrh5P pic.twitter.com/na3tWDpNgN
— Baseball Card Breakdown (@breakdowncards) August 16, 2018

Other than that, I didn't take many wallet card photos in 2018. I'll have to try to whip it out a bit more often this year.

I wasn't alone, as I don't think anybody else has been posting wallet card photos much these days besides Bo keeping the fire. 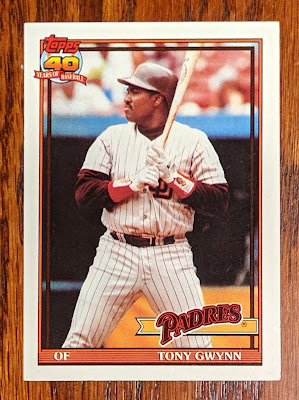 Honestly I had nearly forgotten to swap out wallet cards until seeing a post on January 1st on Completely Arbitrary that reminded me. I scrambled and decided on keeping the Gwynn streak going, this year his 1991 Topps card. Perhaps one of these years I'll go with a different player, but 2019 is not that year. 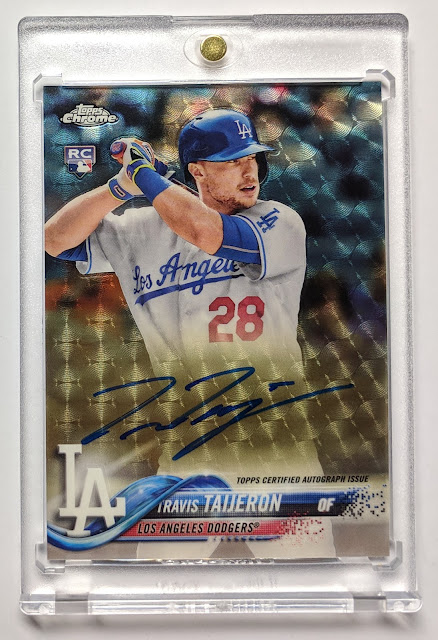 I guess my personal "favorite card of the year" for 2018 (for P-town Tom's contest) has to be the Travis Taijeron 2018 Topps Chrome Update superfractor auto I landed a couple months ago. Really took my minicollection of guys who went to my high school to the next level.

Feels like a cop-out picking "my most expensive 2018 card" as my favorite.. like, I should have picked a Stadium Club card with cool photo or something, but I didn't have one that really jumped out at me this year (though some of the other favs I've seen on the blogs are pretty neat.) 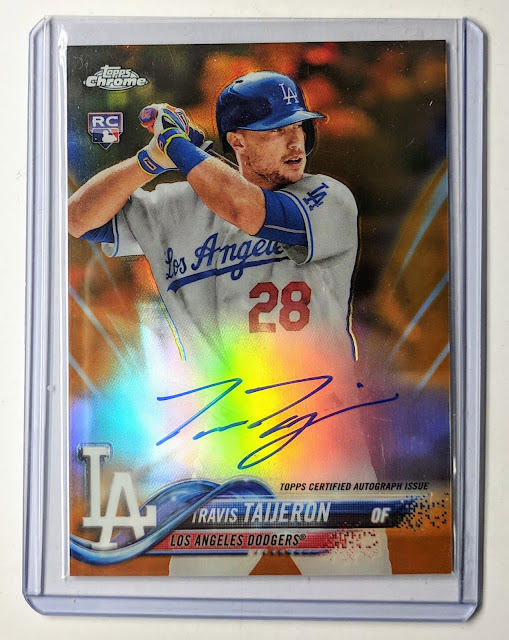 I also recently picked up the /25 orange parallel of the Taijeron (not 12/25, sadly). My rainbow is now only missing the base auto (patiently waiting to grab one for $5 shipped or less), the /5 red parallel, the /5 red wave parallel, and all printing plates (haven't seen any of the four anywhere yet, though they're supposedly out there).

Looks like Taijeron is currently a free agent. I hope somebody signs him and gives him another shot in the bigs this upcoming season.