My collecting habits don't typically including going after team sets, but it is neat to realize you've knocked off an entire team from a set you're working on. And here's a post to make Red Sox fans a little jealous, as I've now got refractor autos (#/25) of all Boston cards in 2005 Topps Retired. 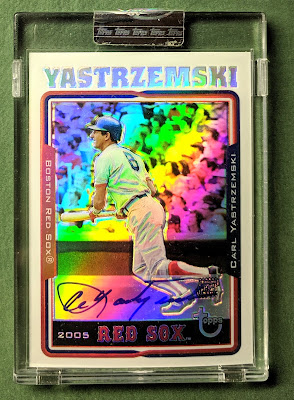 The top card in the team set is Yaz. Snagged this one a year or two back, and so it's a repeat on the blog, but worth another look. 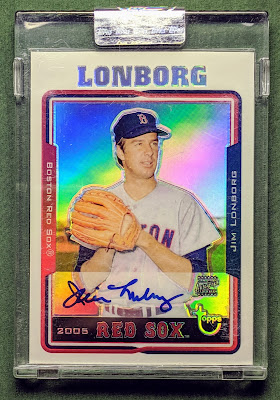 Jim Lonborg is another one I've had for a while. I think I've actually picked up a dupe since.. as sort of an ace-in-the-hole in case I need to bring out the big guns for a trade with a Sox fan. 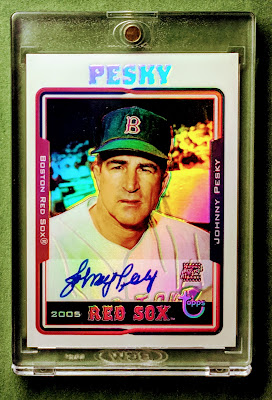 This Johnny Pesky is a new one. He's a name you don't hear about too much these days, but he would've likely won the Rookie of the Year award had it existed in 1942, and put together an impressive career. Led the AL in hits 3 times, batted .307 lifetime, while missing 3 years of his prime serving in World War II. After his playing days, he continued working in baseball for decades, with stints as manager, coach, and broadcaster. 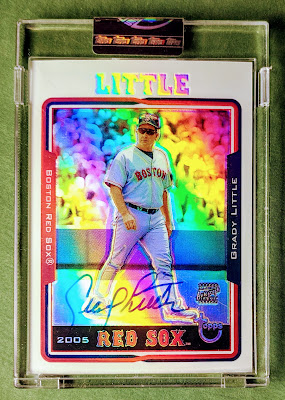 After obtaining the Pesky, I noticed-- with thanks to TCDB-- that I was only Grady Little away from the Boston team set, so I said "F' it" and pulled the trigger on this overpriced one that had been sitting on eBay for years. 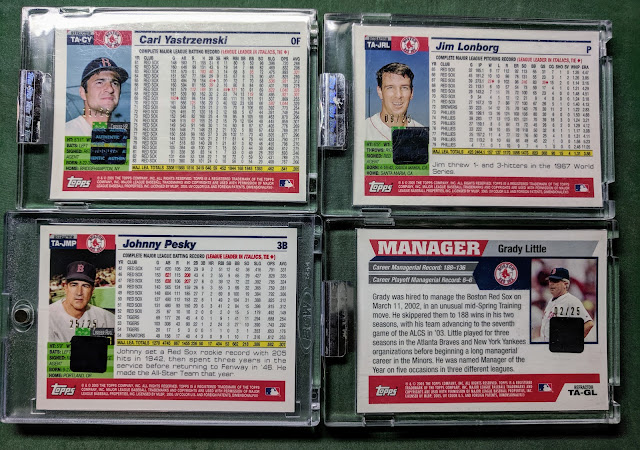 So there's the team set!

Wade Boggs is featured as a Yankee in the set, FYI. I don't have that one yet.
I do have a couple other "honorable mentions" though, on the other Sox... 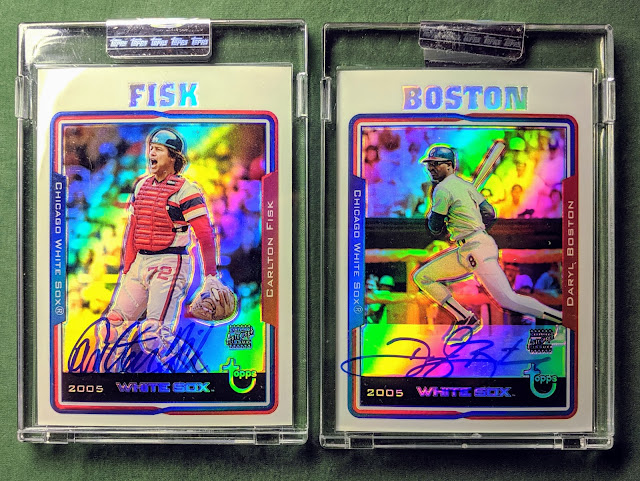 2005 Retired features Fisk on the Pale Hose, after having a Boston card in the '03 and '04 incarnations of the set. Daryl Boston never played for the Red Sox, which is a shame with such a fitting last name. Dig the nutty pants uniform numbers on both of these!

My White Sox team set is far from complete, as there are a couple big ones I'm missing: Tom Seaver and Bo Jackson. Also Harold Baines is no pushover-- Hell, he's in the Hall of Fame!

I've got 35 refractor autos from this set now (out of 115).. with another on the way. 2005 Retired isn't as high priority as 2004 Retired for me, but I still like to pick them up when I find them for a decent price. What can I say? I just love these shiny beauties!
Posted by defgav at 3:37 PM