Can't get enough of that Duff -- Adding to the GNR collection

Busy week for me with some work training stuff going on. Not much time for my normal cardblog reading/writing. But here's a quick post.

I've mentioned here over the past couple years that Guns N' Roses is one of my all-time favorite bands.. perhaps thee top band for me at this point in time.. Some great jams, and high on the nostalgia meter for me, as Appetite For Destruction was among the first few cassettes I ever bought back in the day, and videos for the likes of "November Rain" and "You Could Be Mine" were all over MTV back when I was at my most influenceable.

Last year, I scored an Axl Rose auto in a megatrade. And now in addition to the band's lead singer, I've added the bassist, with a semi-certified auto of Duff McKagan. 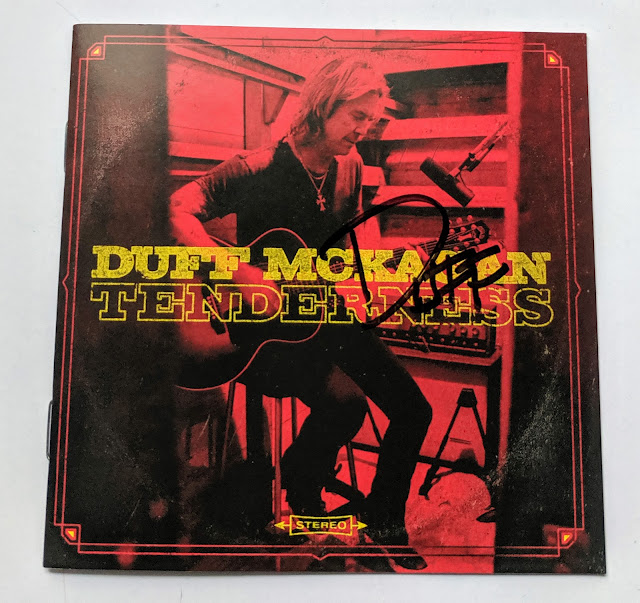 This was another inclusion in my order from Newbury Comics (one of the few big remaining independent [non-Amazon] CD stores)-- in which I also got a Harry Shearer autograph. 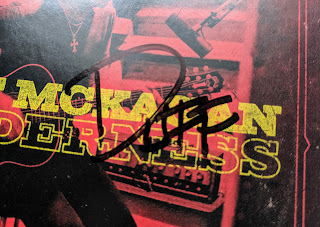 With a dark cover, maybe a silver pen signature would have popped better, but hey, still looks good. 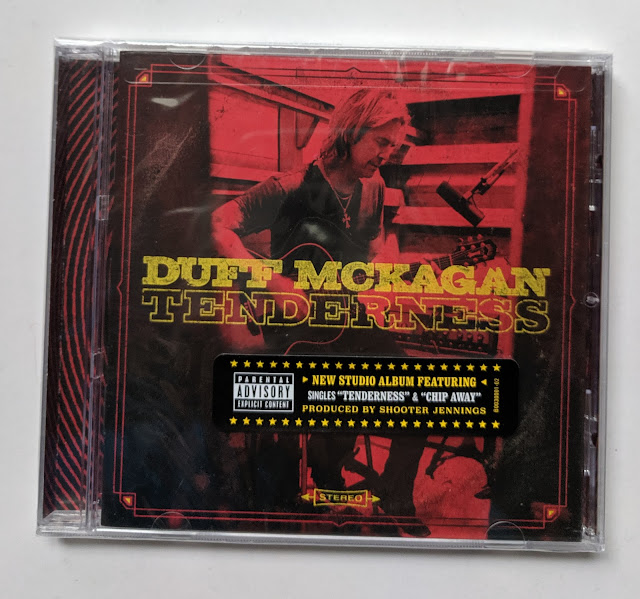 Along with the signed booklet came a sealed CD-- not a bad deal for about the same price I used to buy new CDs for back in the day. I've listened to the album and it's really good! You don't have to be a GNR fan to dig it. I'd say it's probably closer to 70s rock along the lines of The Band and T-Rex, perhaps even some of the mellow blusier numbers from the Rolling Stones. Thoughtful tunes from an aging rocker who's seen it all and lived to tell the tale.


This isn't my fav song on the album, but a good one that's available on YouTube, so there it is.

Duff is best known as GNR's bassist, and he took a turn at lead vocals on a few songs such as "So Fine" (Use Your Illusion) and "Attitude" (The Spaghetti Incident). He's also put in time with supergroup Velvet Revolver and had short-term stops with alt rock legends Alice In Chains and Jane's Addiction. 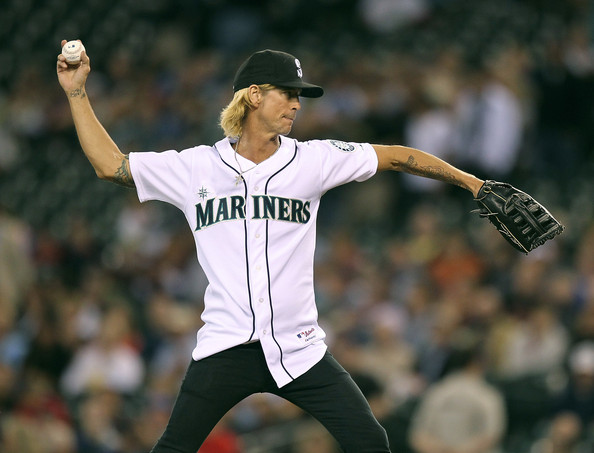 He's from Seattle and is a big Mariners fan. 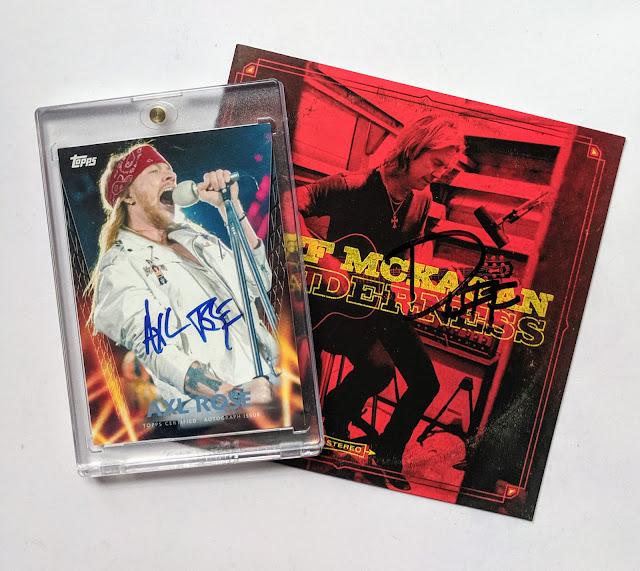 So yeah, my Guns auto collection has doubled to two. Still a few left to round out the band, with the biggest name to add being Slash-- and while you might assume his trademark top hat would have popped up in the likes of Ginter, Goodwin, or Pop Century over the years-- no, he doesn't seem to have any cards out there as of right now. Oh well, I'll keep looking to add to my GNR collection. Maybe I'll complete a starting lineup of signatures for the band by the time I'm knockin' on heaven's door.
Posted by defgav at 3:33 PM