taking it back to 1987 with a few customs

Most of the customs I've made lately are for others, but I took some time today to make one for me I had been wanting to make for a long time. 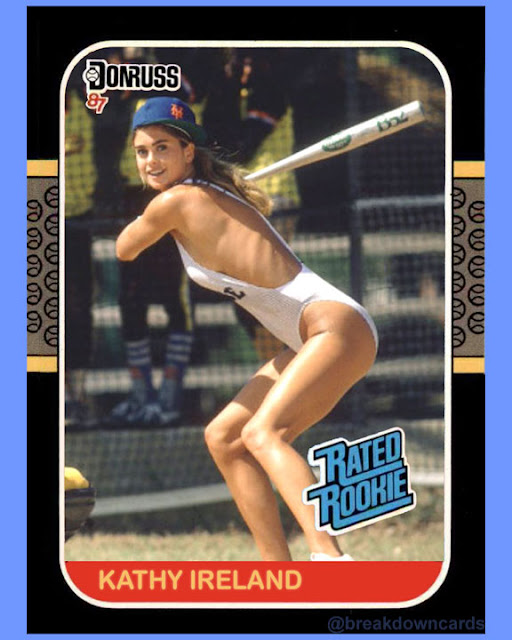 Ha no, it wasn't Kathy Ireland, but the card I wanted to make was in the design of 1987 Donruss. Once I spent some quality time making a template, I had some fun with it.

Kathy Ireland is looking great for the Mets here in a meaningless late September game. Sadly, she would be DFA'd at the end of the season after only batting .198 in 74 at-bats.
Nah, I'm just being silly; I don't know the actual origin of the photo. 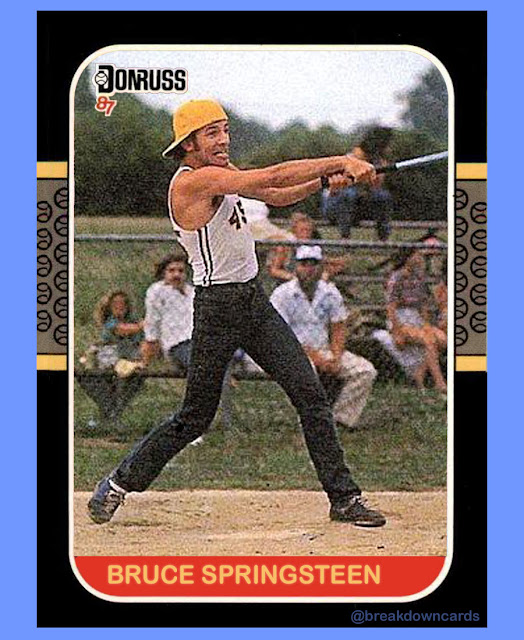 Bruce Springsteen gets a mocked-up card too. Kinda fun. Glory days, well, they'll pass you by.. am I right?


I wasn't planning on printing these above two out, but maybe someday. 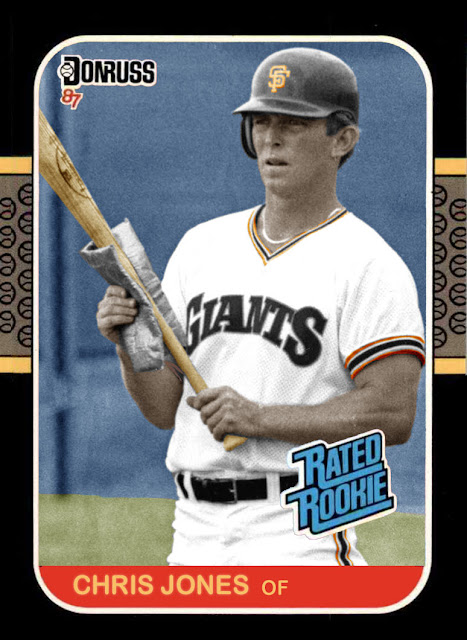 Ok, here's the card I set out to create. Chris D. Jones is a guy who went to my high school and had brief stints in The Show with the Astros (1985) and Giants (1986), but unfortunately never got a real MLB card. In fact, I've only ever seen one photo of him in a major league uniform, this one that Rod shared with me. It's originally in black and white, though I've made an attempt at colorization here. Eh, good enough! I still need to make the back, but I hope to print out a few of these soon and make a TTM autograph request.

This one was a request on Twitter. Mickey Mantle taking Paul Simon deep in the video for "Me and Julio Down By The Schoolyard". Neat!

It was Hoyt Wilhelm's birthday the other day and I wanted to Tweet about it, but couldn't find this gif I made last year. (I usually search my blog to find my old gifs if I don't have them otherwise handy.) Maybe I forgot to post about it here? Well, there it is for next time!

Another one by request a few days ago. Here's a gif card of 75-year-old Luke Appling hitting a homer at an Old Timers game in '82 off Warren Spahn. Gotta love it!

That's all for today. Thanks for reading!
Posted by defgav at 7:01 PM