these cards that have shown up

Last week my mailbox smiled upon me with a package from John Miller and a PWE from Sport Card Collectors at Parts Of My Past. Oh, and a late addition from Matt at Diamond Jesters will get shown off in this post, too. 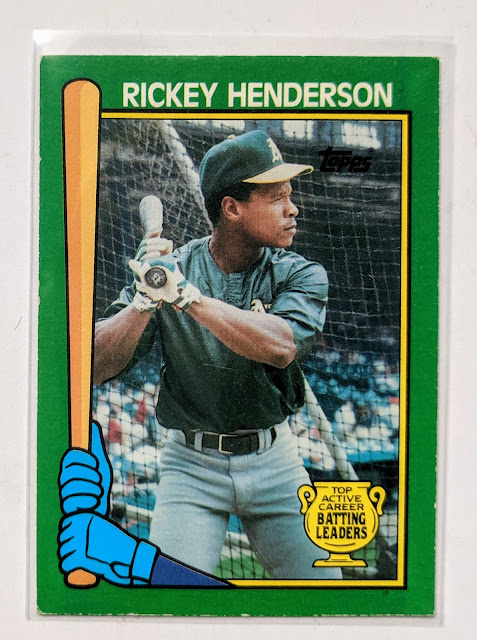 When I saw SCC received this Rickey oddball in a big lot of various cards from somebody, I figured it probably wasn't a long-term fit in his collection, so I let him know I'd be interested in it.. and lucky me, here it is! It's from 1990 Topps Top Active Career Batting Leaders. These are unicorns in that they're overproduction era cards that are actually tough to find and worth a few bucks each. I don't know much about this set or how it was distributed, but I can tell you there are 22 cards in the set, and if you go trying to track them down, it'll quickly become clear just how tricky they are to dig up. This batting cage shot of Rickey looks awesome, with a green border really helping A's cards pop. And howbout that fat cup trophy logo? Love it! The edges might be a little rough, but I'm thrilled to add this to the Rickey PC. 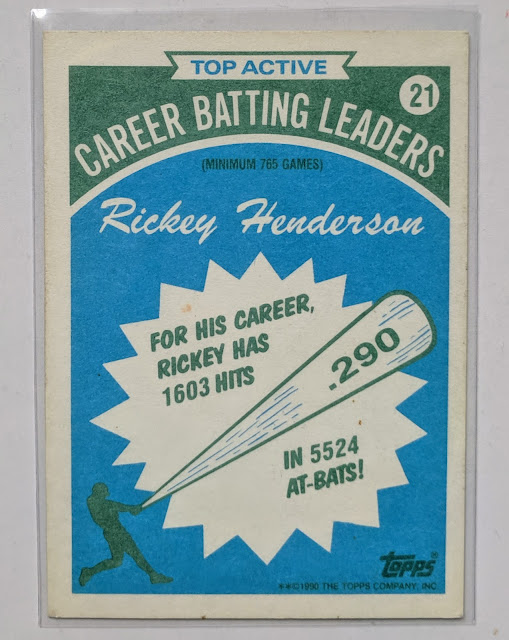 Pretty simple back, but cool enough.

UPDATE: Thanks to Rod tipping me off that these came in special Kmart rack packs, similar to below... 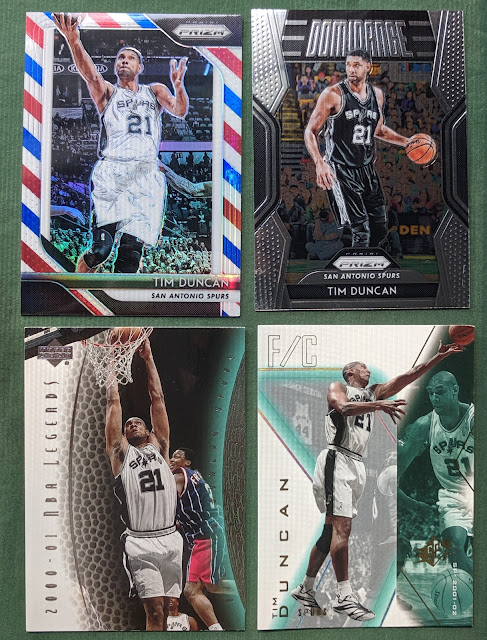 SCC has been responsible for building up my Tim Duncan PC a lot in the past year or two, and here are 4 more. 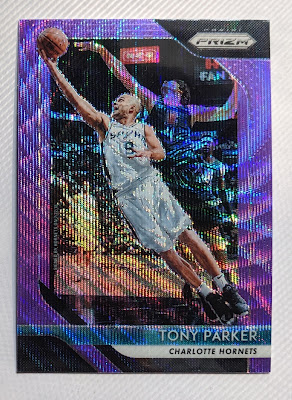 Plus a shiny Tony Parker to round out the surprise envelope.

So, the other week I had a little baseball card breakdown of my own trying to deal with the big list of requested customs John Miller hit me with a while back. You know I love hooking my trader buddies up with customs, but this list was starting to feel overwhelming. I've been working on it for months and am only about halfway through. It's so daunting that I simply haven't been making many customs lately. And other buddies have customs they've asked me to make, but they are buried in the queue. So anyways, I drunkenly bitched about this to John and he told me to take my time and kindly offered to send over some more cardboard motivation. 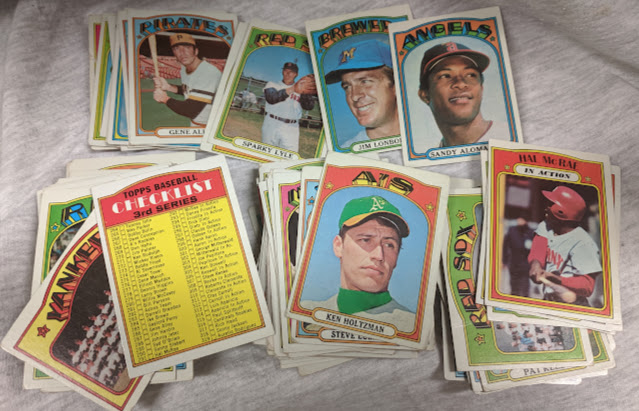 Sorry for the blurry photo, but this is a great lot of 1972 Topps. A bunch of needs and upgrades for me here... including my first 2 high numbers from the nasty 6th Series! This lot blasts me past the midway point, all the way up to 53.33% complete.

Big thanks, John! Sorry for freaking out on you like that. I'll keep at it and hope to finish your list in a few more months.

[UPDATE: I forgot to mention that the package arrived with a USPS sticker saying it arrived unsealed. Hopefully there weren't more cards in there originally that didn't show up. There were 2 team bags, with cards in order, but starting at #127, which seems suspicious that there wouldn't be more low numbers. So perhaps there was another team bag with the cards under #127 that got lost? That'd be a bummer!]

Next are some cards from Matt K.'s "Time Travel Trading" project. It's a cool idea, though looks like he's been seeing dwindling interest in it. I checked the available cards against my vintage wantlists and found several I needed, then narrowed them down to a PWE's worth. 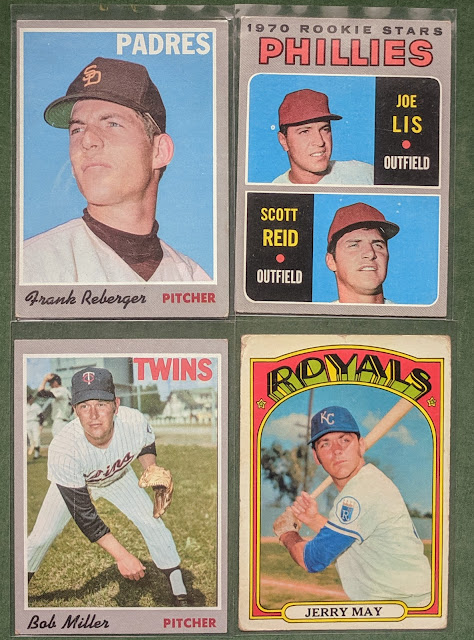 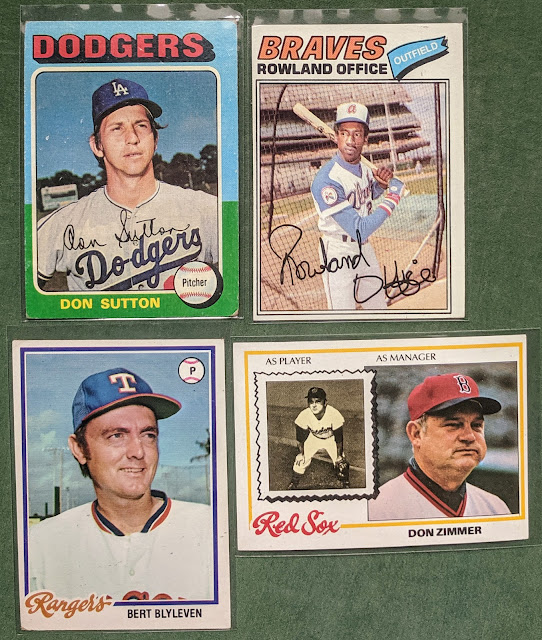 And more needs from the super 70s, as well. Nice selection of names here.

Thanks for the trade, Matt! I need to round up some correspondingly-older cards for these, and hope to put them in the mail very soon.


Oh, and I just got a huge box of cards from P-town Tom, but that'll have to wait for another post. The list of people I owe cards to is now up to a baker's dozen (including the winners of my latest contest that was a month ago), and I don't feel good about that. I really gotta get off my ass and send out some return cards soon. Sorry, guys.

Thanks for stopping by.
Posted by defgav at 11:39 AM