first trade roundup in a while

My mailbox had been quiet for a while, but I got a couple trade packages this week. 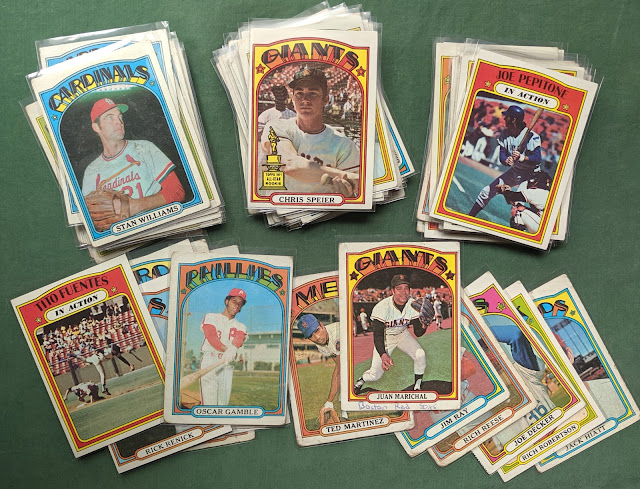 First was a lot of 70+ cards for my 1972 Topps setbuild from new Twitter buddy of mine Mark Del Franco, kindly answering my call for help starting out with this set. Most of these are in upgradeable condition, but I'm still happy to add them to my stack of 72s. A few semi-high numbers from the 5th series are included. Juan Marichal is the biggest name here, though the card looks to have been updated by a kid in '74 during the Dominican Dandy's brief stint with Boston.

Next is a surprise PWE from Chris the Collector. 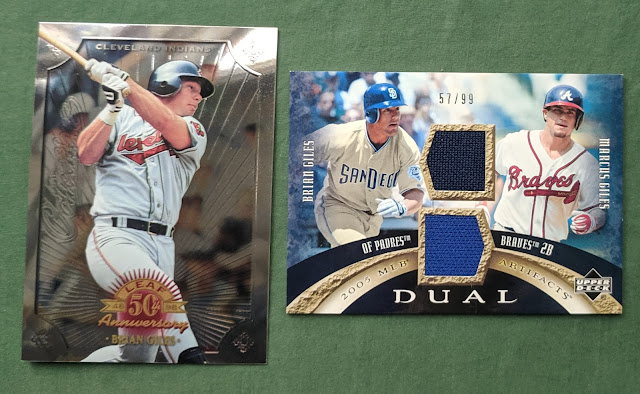 A shiny Brian Giles plus a dual relic of both Giles Bros. Love getting cards of Brian and Marcus together, though it does present the dilemma of which PC to store it in. I think I usually default to Brian since it's the bigger of the two. Though as my former classmate, perhaps I should give Marcus top priority.

Four needs for the recently acquired (via Rod) near-complete '88 Fleer set. All well-known names here, too! Wrapping up with a Hank Blalock relic and a Teke sticker.. very cool. Both the Giles dual relic and the Blalock arrived with some damage-- creasing around the memorabilia window. I just hope that's how they were when Chris acquired them, not victims of the envelope's cross-country journey.
But yeah, I don't collect Blalock at all so why would I care about this card?... 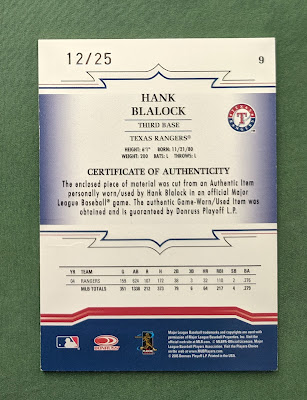 Thanks, Chris! Good stuff. I'll get a return out to you shortly. 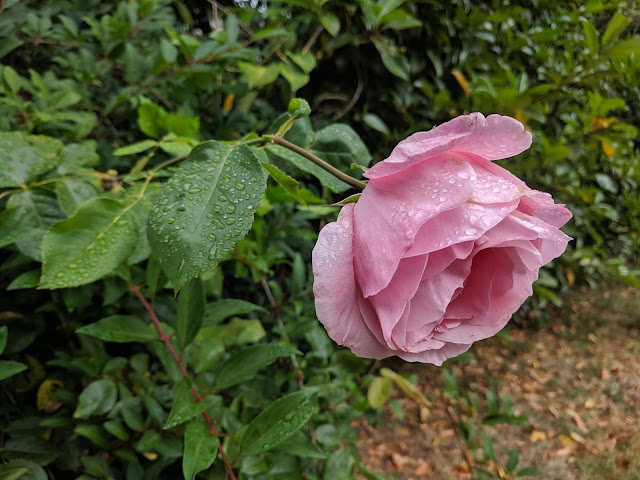 Having a rare damp July day here in Portland. (Snapped a pretty flower pic in my backyard.) I'm sure the summer heat will kick in pretty soon, so I'm trying to enjoy the moderate temperatures while I can.

Hope y'all are having a nice weekend as well.
Posted by defgav at 2:09 PM