Plenty of solid dudes on the ol' cardsphere, but none more solid than P-town Tom. He's the type of guy where if he found a 1/1 card in a dimebox, he'd bring it to the dealer's attention. Me? Ain't gonna lie, I'd swiftly and without fanfare add it to my stack.

Anyways, it had been a year or so since we last swapped cards, but we recently made up for that and struck a big trade. 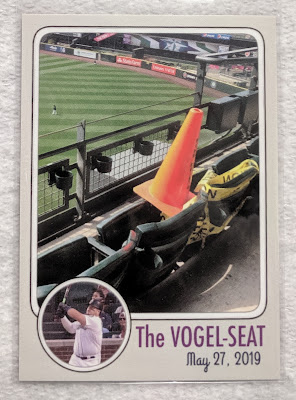 Love this custom Tom whipped up on the Rookies App. 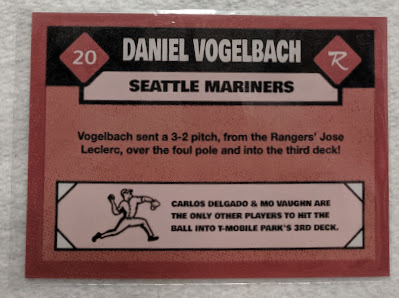 Great to see the Vogelmoster having a breakout season. 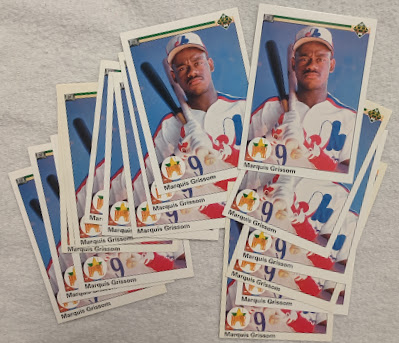 To drive the point home that it's been a long time since I traded with Tom, he had a bunch of '90 UD Marquis Grissoms set aside for me... and he apologized for being a bit late, as I announced the conclusion of this project back in January. Oh well, I can probably squeeze in a couple more pages to the binder! 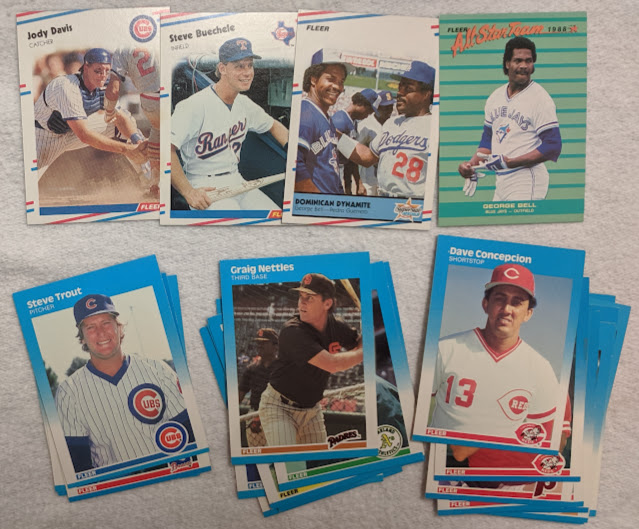 A few needs from my '88 Fleer wantlist, plus a nice little lot of '87 Fleer, which I haven't made a wantlist for yet-- still rounding up whatever I can, but I almost have enough now to sort out what I've got and put up a list. If anyone has any surplus '87 Fleer to dump, maybe we can swing a trade. 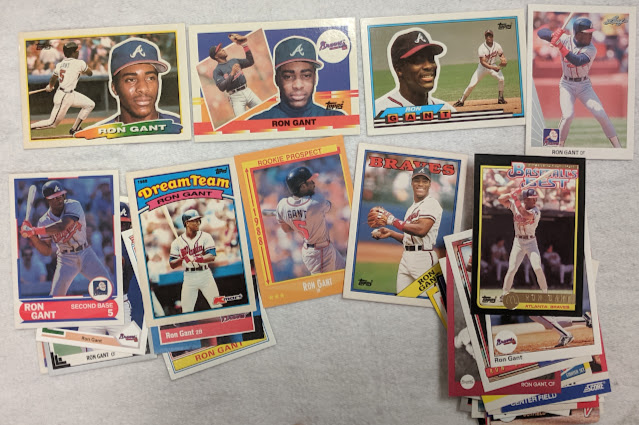 And a big lot of 50 Ron Gant cards! Looks like Tom had a PC of him going but decided to cut bait. I'll happily take them. I'm likely past the magic 100-card milestone for my Gant PC now thanks to this lot.

But the bulk of Tom's big box was FIVE complete (or near-complete) sets from the overproduction era that I had been wanting to add to my collection. I'm thinking I'll do a post on each of these to give them proper love-- highlighting favorite cards and whatnot. So look for those in the not too distant future.

Thanks for reading and have a great weekend, everybody!
Posted by defgav at 5:11 PM