In a first for the blog, I'm writing while holed up at work due to a bomb threat in the building. If I get blown up, I want you all to know I really appreciate your readership over these past few years. Hit up my wife if you want to make an offer on my card collection. Don't lowball her or I'll haunt you good! (Nah, don't worry, it's just a crazy person disrupting my commute home so I'm stuck in the office for another hour or two till police get everything under control.)

But onto what I was gonna blog about... Let me first say that I'm not at all into astrology, fortunetelling, or any supernatural stuff along those lines. I think I'd fall under the umbrella of "skeptic" for all mystical hoobajoob. (--though I admit to keeping my distance from the number 13 when convenient, and I've been known to literally knock wood from time to time.)

But from a collector standpoint, I dig dusty old items associated with that kinda stuff.. exotic and weird brikabrak. Especially in regards to music, like the back cover of Jane's Addiction's Ritual de lo Habitual. And I've mentioned the band Rilo Kiley here a few times over the years and how they're a favorite of mine and how I met my wife through our mutual love of the band. Well, singer Jenny Lewis recently put out some tarot cards to help promote her new album, On The Line. (Just to prove how not into this scene I am, my wife had to correct me that the ending T in tarot is silent. It's "TA-row") 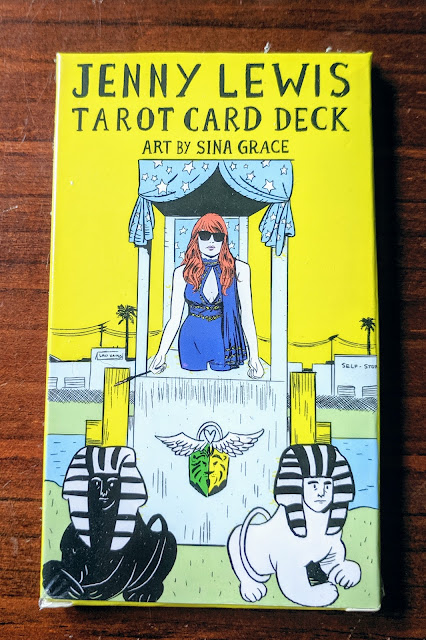 You can get them from her website. It's like $10 (closer to $15 after shipping). Not super cheap, but I thought it was worth it to get some official Jenny Lewis cards into my collection. I know Gypsy Queen has put out some cool faux tarot inserts the past couple years, but other than that I didn't really own any of that type of stuff. 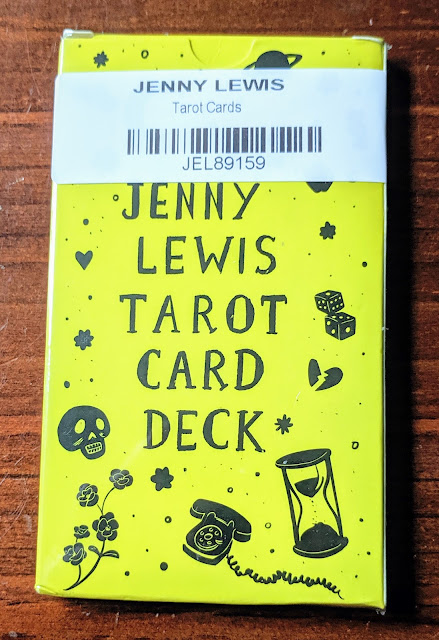 The collector in me is wary of opening up the shrinkwrap. But thanks to an online search, here's what they look like... 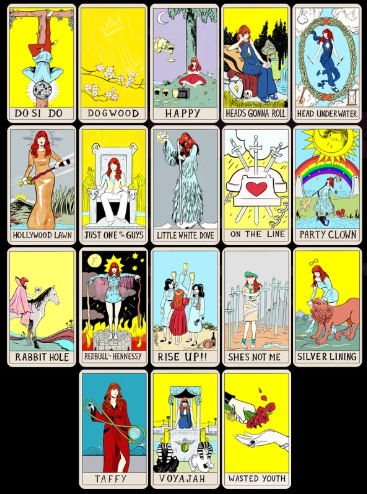 These are all based on Jenny Lewis songs (and one from her time in Rilo Kiley, "Silver Lining"). Pretty cool. 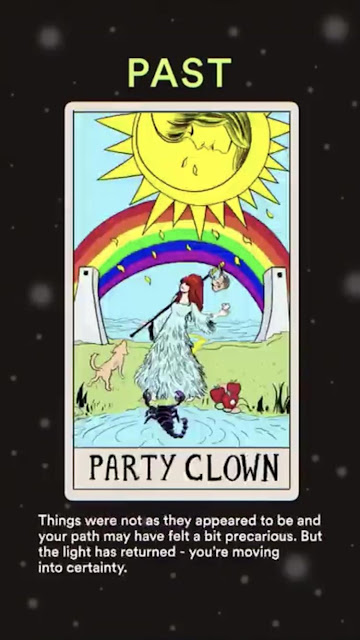 Some of these images may have previously surfaced on her Instagram or Spotify accounts. The decks were originally offered thru Spotify a few months ago and sold out very quickly (to my disappointment)-- but thankfully they eventually were back in stock on her website and I was able to grab one. 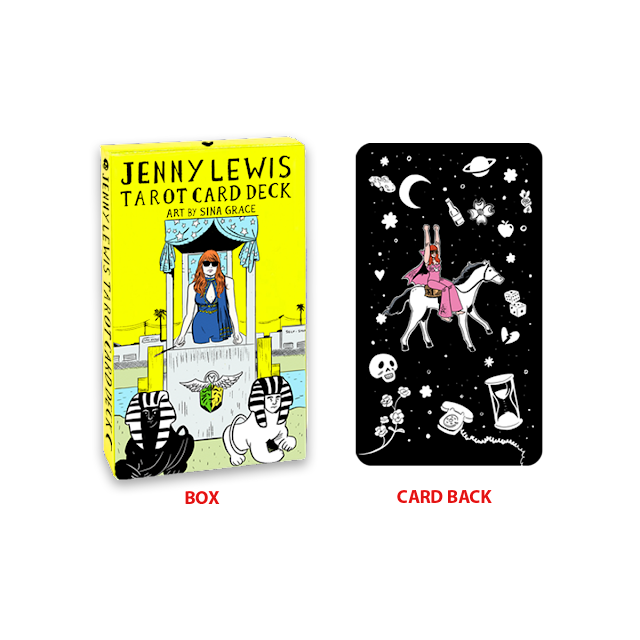 It's a good album. Check it out if that's your thing. 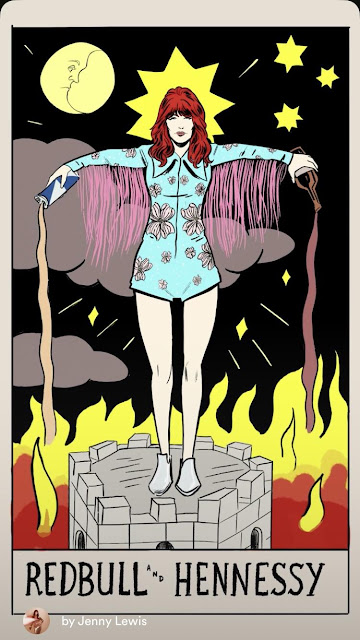 So there you have it, tarot cards added to my card collection. Howbout you? Any tarot cards or things of that nature mixed in with your trading cards?
Posted by defgav at 6:55 PM