You wanna see some more card show pickups?! You got em!
It's mostly oddballs and vintage in this post. 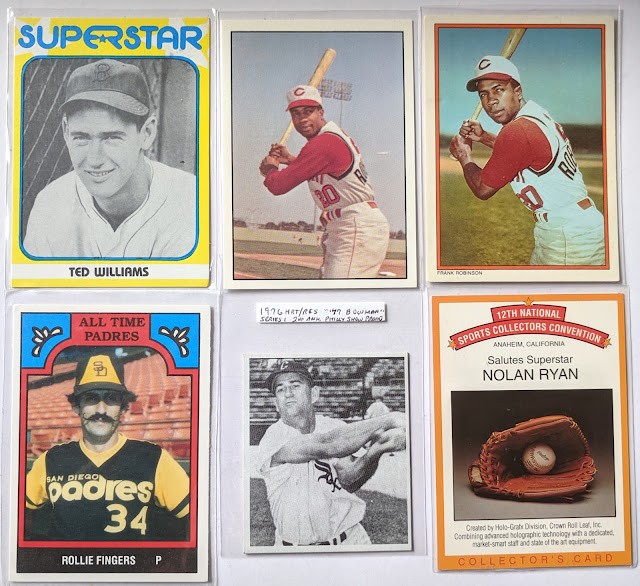 Did somebody say oddballs?
That Ted Williams is a cool card, though I haven't been able to find out more info on it. Then a pair of similar Frank Robinson cards. Rollie rockin' the brown & gold. Luke Appling card convention card. And a Nolan Ryan card convention card (that doesn't actually picture Nolan Ryan) might be my best pickup of the show according to COMC prices, as it's currently listed at the yuletide price of $12.25. (All the cards in this post ran me under 50¢ a pop... well, most of them were actually under 25¢.) 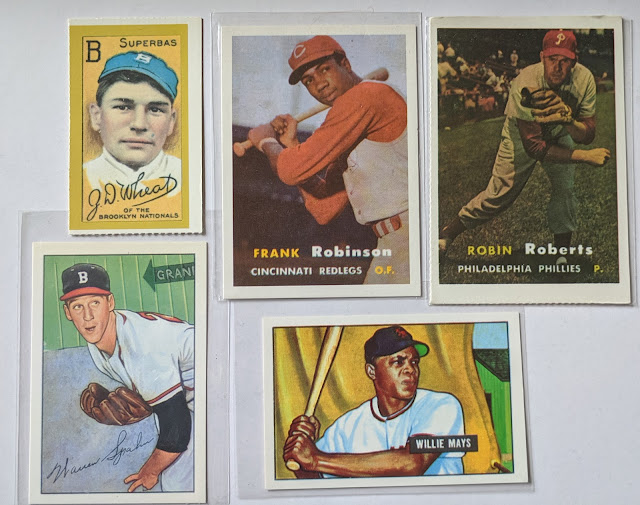 HOYT! Hope I needed one or two of these. 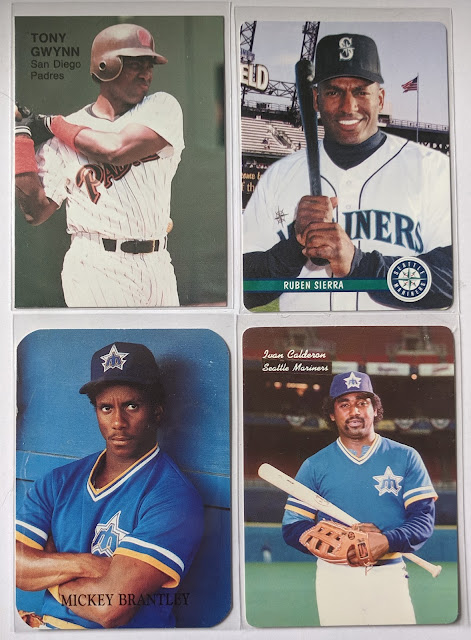 Oddballs a poppin! Can you identify these badboys on sight? Mothers? Broders? Other? 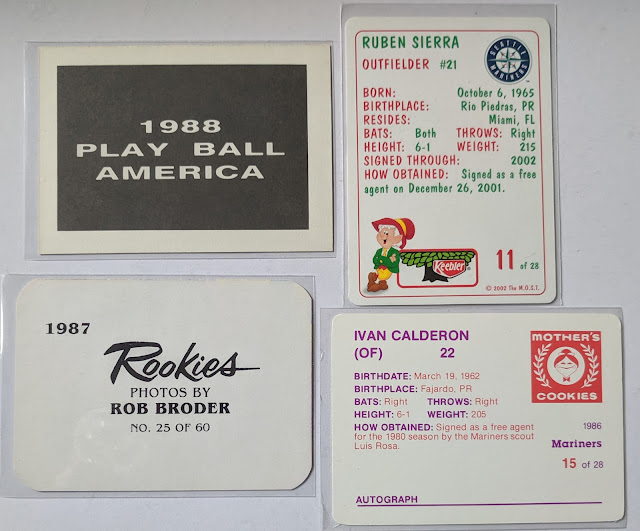 Answer key. Mickey Brantley isn't a guy I collect, but an old school Broders card that even has Rob Broder credited on the back seemed kinda cool. 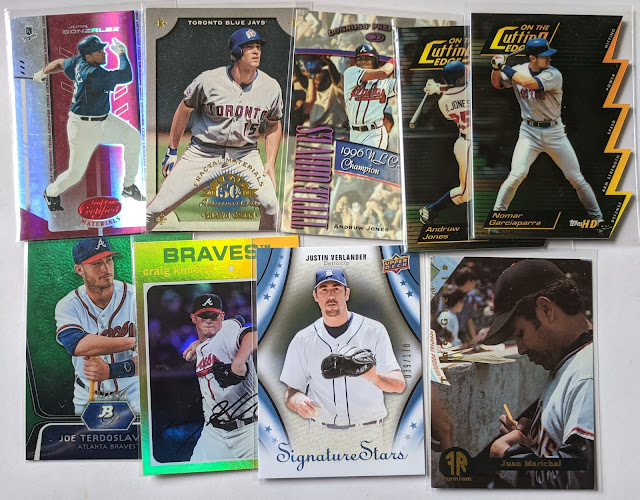 Some trade fodder. Who wants 'em? 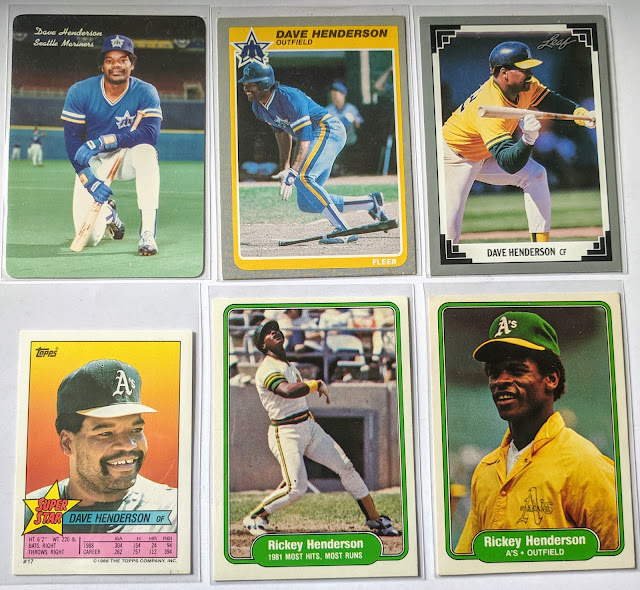 Harry and the Hendersons (not pictured: Harry). Dave Henderson is among my favorite "common" guys to collect. Always seems to be having fun. 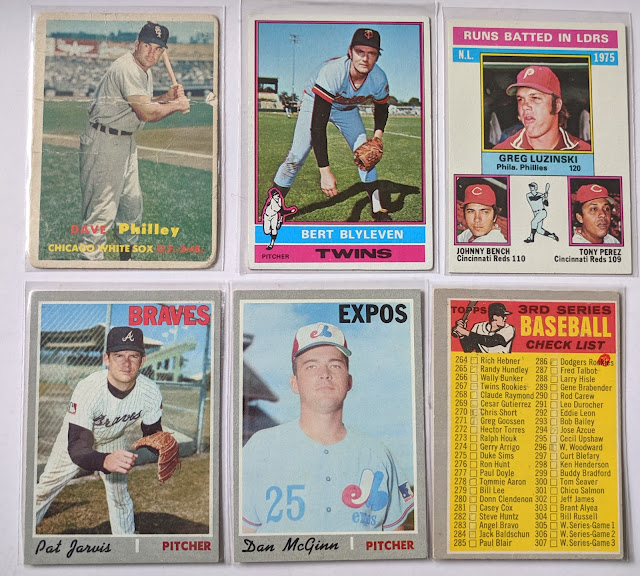 Some vintage sets I'm working on. The '57 is pretty beat, but for a quarter, figured it'd be a fine spot filler. 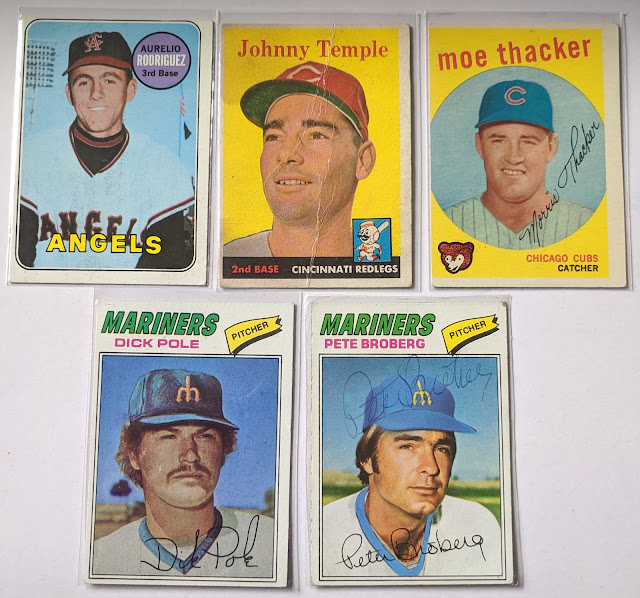 A little more vintage, including the infamous "bat boy" card from '69, a poor condition '58, an off-center '59, a Richard Pole, and a Pete Broberg which seems to be signed. 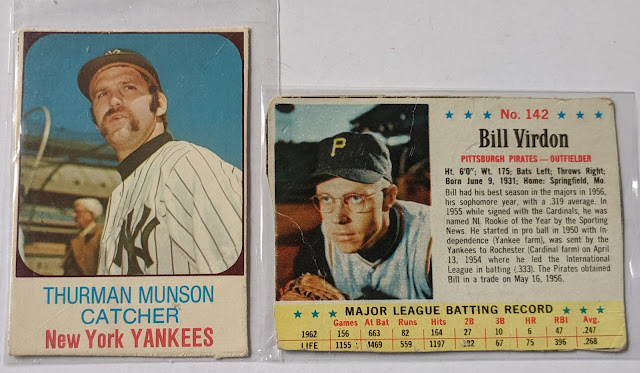 Cut long ago from boxes of food. 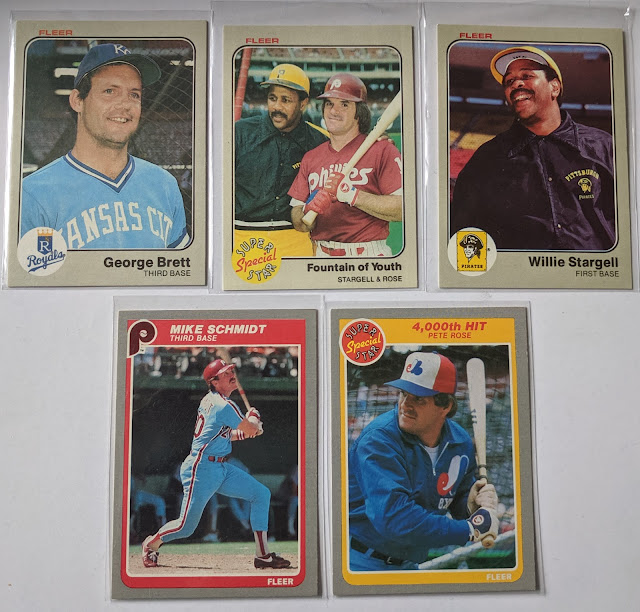 A few big names from '80s Fleer. Hope to finish these sets someday, but I have a long way to go. 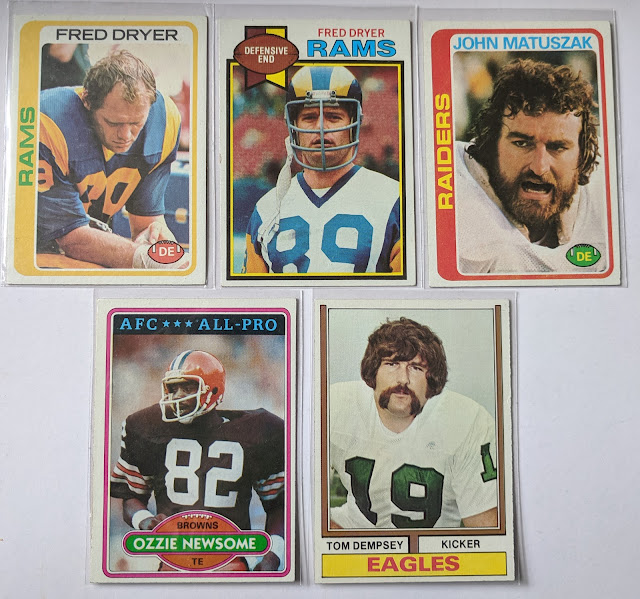 Scooped up some old football cards, highlighted by guys who went on to play Hunter and Sloth. 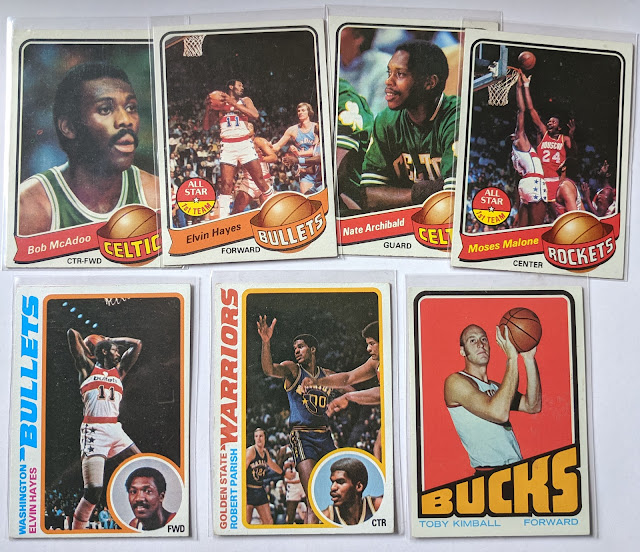 Also grabbed some vintage basketball.
For what it's worth, I also got a couple hockey cards (Cam Neely, same year in both Topps and OPC) which didn't save for some reason when I took a pic. 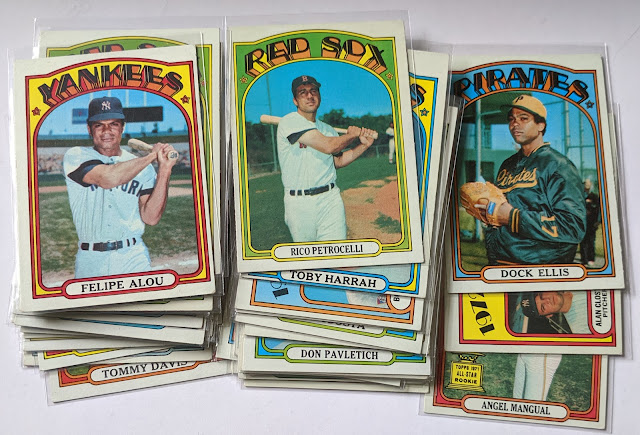 But the biggest stack of cards I got at the show was a few dozen '72 Topps cards. These take me up to 56.6% complete with the set. At the show, I checked my list and was sure to only set aside cards I needed (plus the Dock Ellis, which was a dupe for the PC), but sadly when I went to update my list later, turns out there were a few I already had. I must've grabbed a "reject" pile somewhere along the line when I was adding to my stack.. D'oh! Hopefully I didn't put back a corresponding "need" pile by mistake. Oh well, that's how it goes sometimes.

That closes out my haul from the August card show. I've got a COMC shipment on the way, so the cards'll keep on comin'.
Posted by defgav at 3:57 PM