A few more of my recent COMC pickups to show. 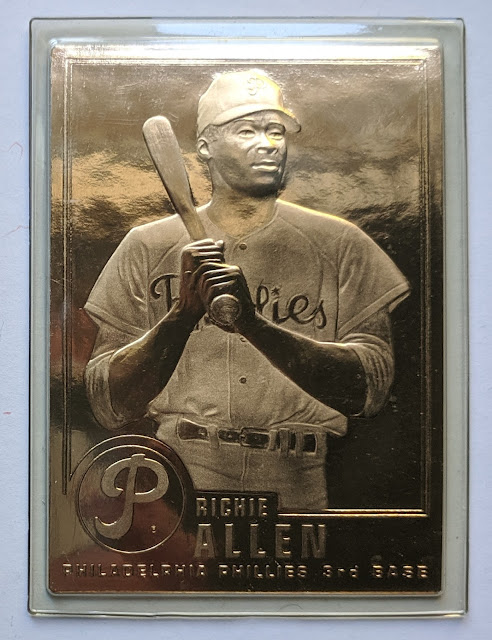 Starting off with a few Richie Allen oddballs. This is a Danbury Mint 22K Gold from an indeterminate year. I've never much cared for cards like these. You'd often see them on home shopping networks, right? Feel like their trying to trick people into thinking the card is actually made of gold-- which would be really cool-- when really they might've mixed in a few cents worth of gold dust on top of cardboard. At least the likeness is decent on this one compared to a lot of similar cards/coins. 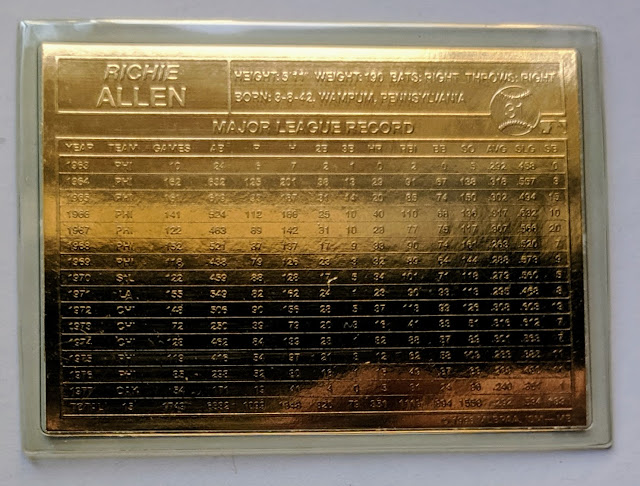 I like that the back has full career stats, though you've got to get it in the light just right to be able to read it. 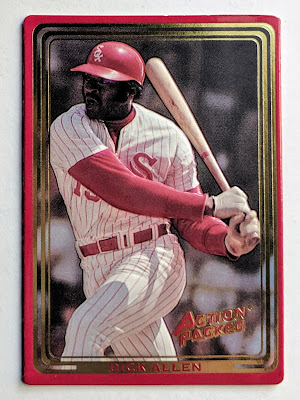 Another embossed Allen, this one 1993 Action Packed. 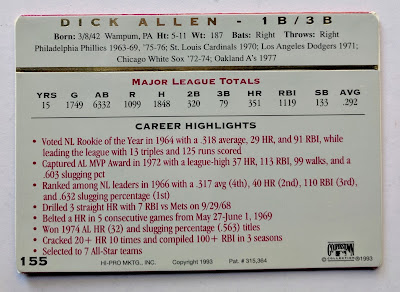 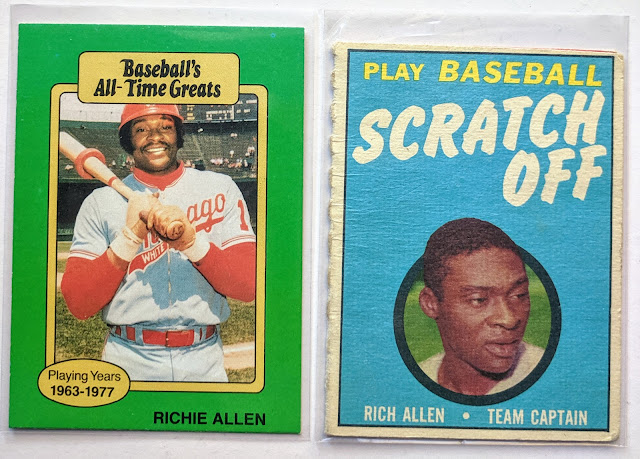 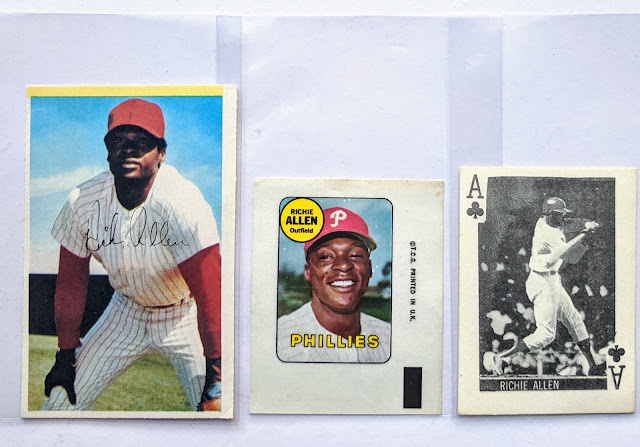 And now onto some other stuff... 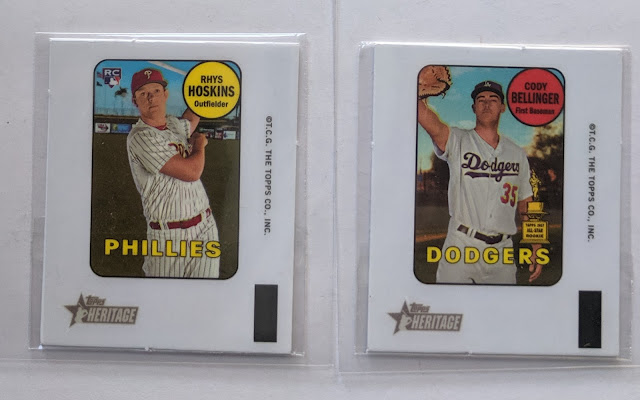 After picking up the Dick Allen 1969 Topps Decal, I took a look at the recent Heritage versions, and picked up Hoskins and Bellinger. 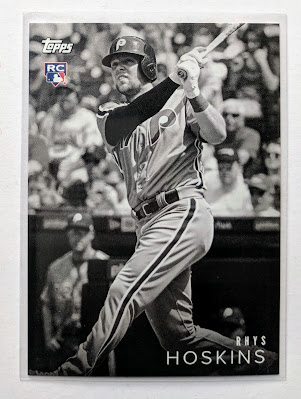 I also took a look at some online-only Topps offerings to see if I could find anything cool on the cheap. Here's a black & white Rhys RC. 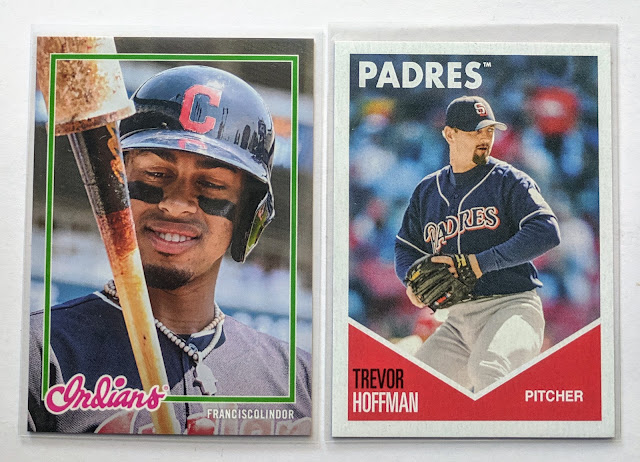 The '78-style card is kinda cool.. sort of like my old If They Were Full-Bleed series of blog posts. What ruins it for me (and I hadn't realized until it was in-hand) is there is no space in the player name. FRANCISCOLINDOR. Huh? Francis Colindor? #ToppsFail. The Trevor Hoffman is in an old, unused Topps design. Looks nice enough, though I'm not sure I'd choose it over any real 60s-70s Topps designs. 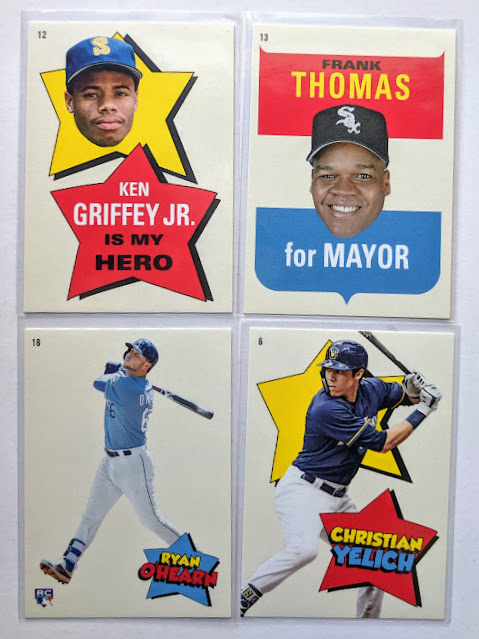 And these are kinda fun. I think they're based off a poster design that Topps did a limited release for back in the day. You might think they were inserts for Archives or Heritage, but nope, more online exclusives. Quirky additions to my Griffey, Thomas, and Yelich PCs. Ryan O'Hearn isn't a guy I collect, but figured I'd take a flyer on a cheap RC while I was at it.

That's it for today. I think I've got one more post's worth of stuff from this COMC shipment, not counting several glow-in-the-dark cards for that big post on the subject I'm working on. Also coming soon to the blog are a sweet box from Night Owl, a rollercoaster ride of an addition to my 2004 Retired Refractor quest, and a ridiculou$$$$ pickup celebrating my recent raise. So stay tuned.
Posted by defgav at 3:35 PM