Lots of incoming cards this week thanks to a COMC shipment and a couple exciting eBay pickups, but also a couple trade packages. Let's check them out.. 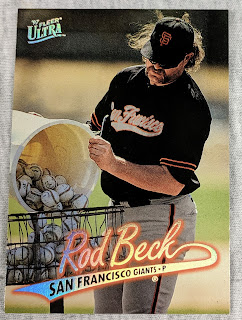 First up is a package from Jeremy at the Topps Cards That Never Were blog. Dig this shot of Rod Beck filling up his cart. 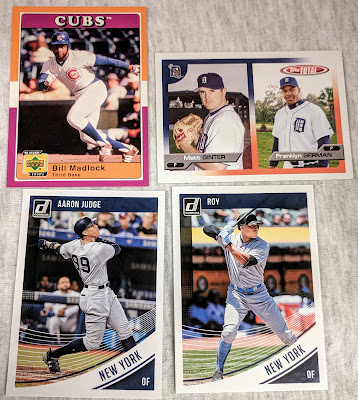 More dudes I collect.. Bill Madlock, my birthday twin Matt Ginter, and a pair of Judges. 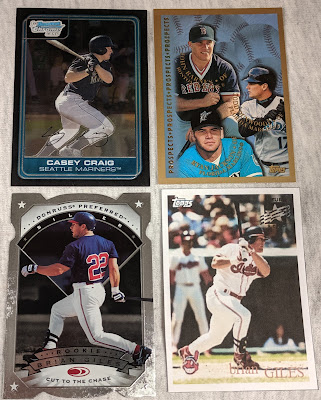 Guys From Granite including a Brian Giles custom Jeremey must've whipped up himself. Pretty cool. 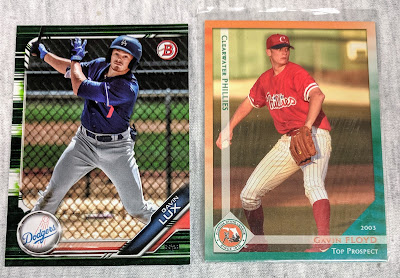 A couple Gavin needs. Gavin Lux has been tearing up the minors this year and is looking like a lock to become just the third guy named Gavin to play in the big leagues. The first MLB Gavin was Gavin Floyd.. pictured here on a minor league issue. Very cool. 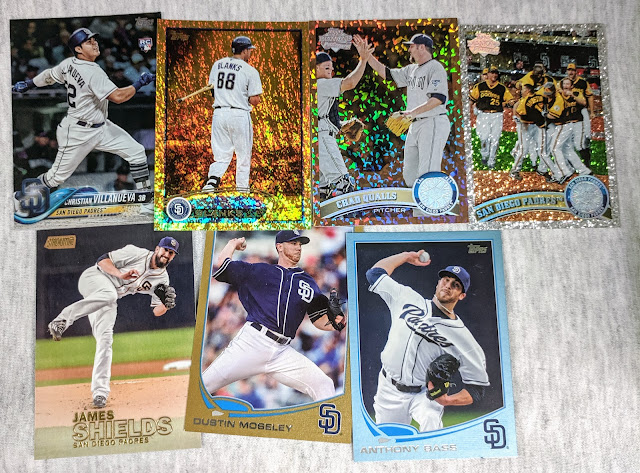 And a mess of Padres parallels.

I was thrilled to become trade partners with Jeremy because he's a Rays collector, so I finally had someone to thin out my Tampa Bay cards on. Looks like he had a run of Blake Snell flagship to share, a rare Ray I collect.

Thanks, Jeremy! I'll get a package out to you soon, including that contest prize I've owed you for a couple months now.

The other package to show off today is from Johnny's Trading Spot. John sent me a bunch of '72 Topps needs recently but sadly the postal service mistreated it and a team bag or two was lost to a tear in the mailer (thankfully the majority of the cards stayed in). It wasn't his fault, but being the stand-up guy he is, John took it upon himself to dig up some more 72s to replace the runaway cards. 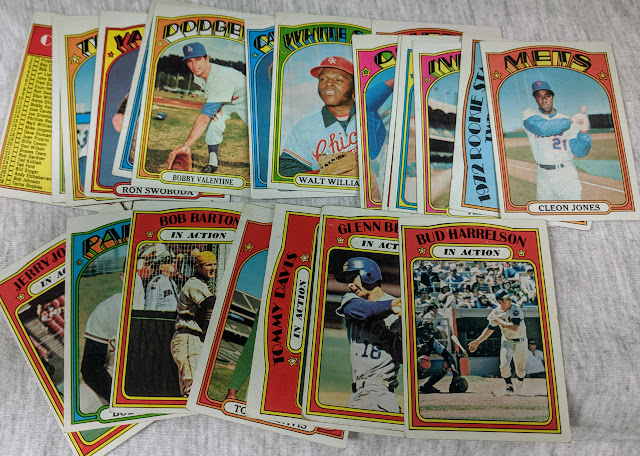 Good stuff here. Gotta love the Bob Barton In Action.. not only is Bob's "action" standing there watching a foul ball in the stands, but the elderly security guard steals the show. 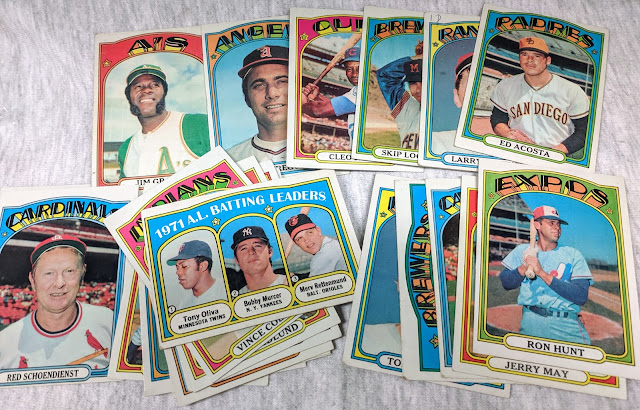 HOFer Red Schoendienst is likely the biggest name in the lot... literally. 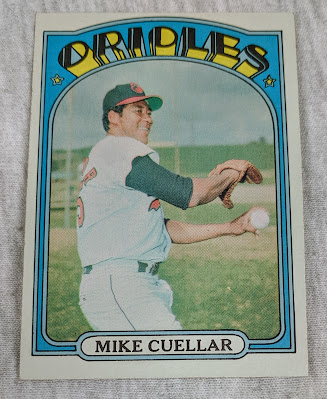 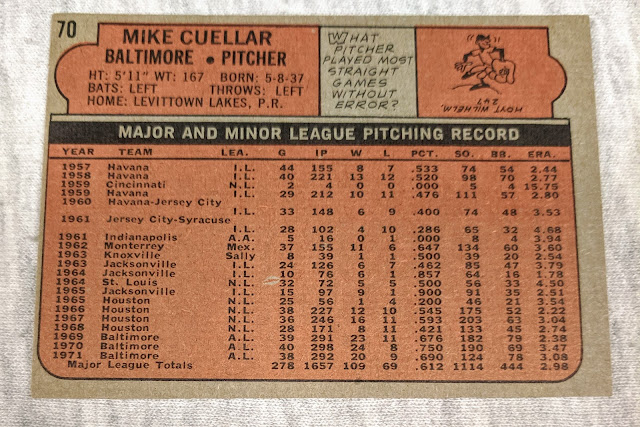 Cuellar was coming off 3 consecutive 20-win seasons. Bonus points for the Hoyt Wilhelm mention in the cartoon. And check out how the long, hyphenated city names in 1960 and 1961 caused Topps to add blank lines in the stats for spacing. I don't recall seeing them do that before. And I didn't realize Havana, Cuba had a minor league team back then.

Anyways, I'm now doing great for the first series of 1972 Topps, without too many low numbers left. Overall I'm at 59.25% complete.

Thanks so much, John! Now that the summer heat is on the decline, I hope to crank out some more customs-- the computer I use for making customs is in a room that gets hot in the summertime-- and eventually finish off the big list of requests. Plus I've got plenty of Braves set aside.