Some nickname cards in time for Players Weekend

A few more cards from my recent COMC shipment to show off today. 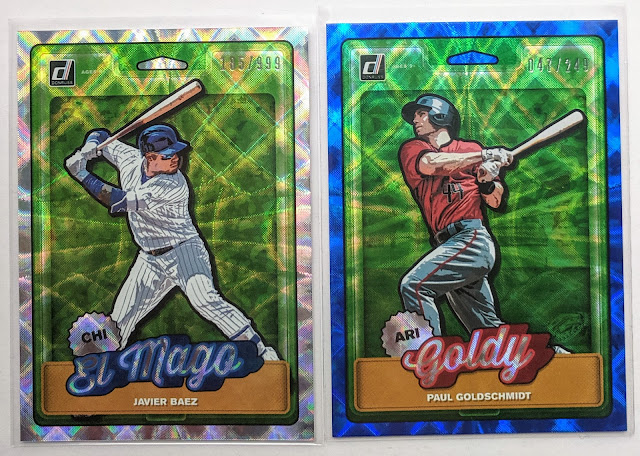 Nickname cards are always fun (--or, usually fun. If the dude's last name is Carpenter and his nickname is "Carp".. that's not really very fun.) I think I saw these 2019 Donruss inserts on another blog, and then targeted a couple guys I collect among the cheapest examples available at COMC, settling on Baez and Goldschmidt. The crazy shine is cool, and it's kinda neat how they're made to look like action figures in packaging (or decals, I guess). 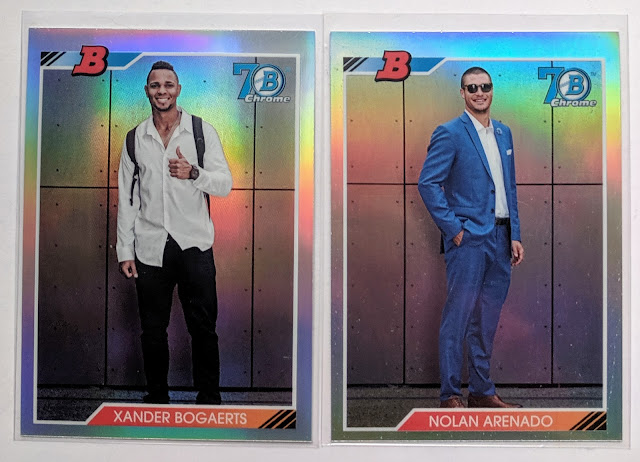 The shine continues with this pair of cards harkening back to the street-clothes draft pick cards in '92 Bowman. I'm glad stuff like this isn't super common to see in the hobby, but having a couple sprinkled in your collection makes for some variety. And, like with the Player's Weekend stuff, it's nice to get a bit of players' personality out there. These are from 2017 Bowman Chrome, I believe. 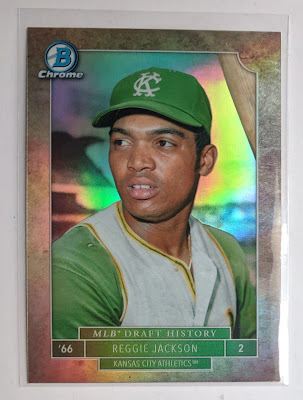 And this is a 2016 Bowman Draft - Chrome Draft History Refractor. Reggie Jackson was my top guy to collect as a kid. When I returned to the hobby as an adult, I was overwhelmed at all the Reggie cards flooding the market every year, and knew I couldn't focus on collecting him. But a couple small subgenres of Reggie cards that still call to me are cards where he's pictured as a Baltimore Oriole, and cards like this one where he's in a KC cap. As far as the theme of this post, Reggie obviously has one of the best known nicknames in baseball with Mr. October, but he didn't pick that up until 1977, right? I wonder if he had a nickname back in his early days with the A's. 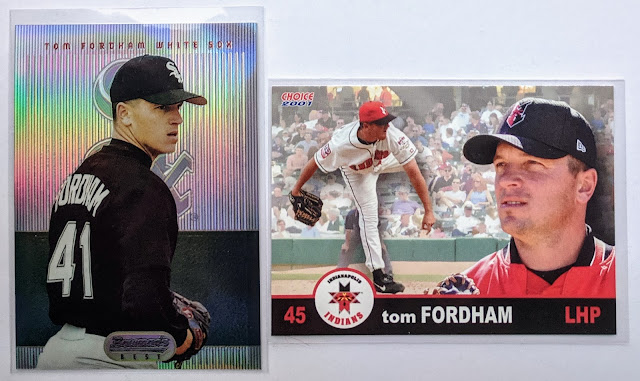 I'm in the process of figuring out what I have/need with my Guys From Granite collection, and picked up a pair of Tom Fordham cards here towards the cause. I'm not sure if he had a nickname back when he was pitching, but I'd suggest "Bronco Bacon". 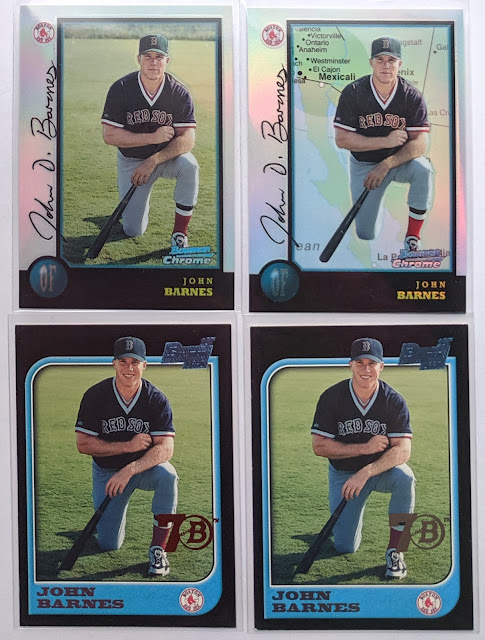 John Barnes is another Guy From Granite of whom I'm trying to "finish" my player collection, or at least get it as complete as possible. Buyback cards popping up like the two on the bottom make it tough to feel like a PC is ever truly finished, even for little known players who didn't stick around long. Another funny thing to note is that the photos on his '98 and '97 Bowman cards are the same except he's flashing some teeth on '97. 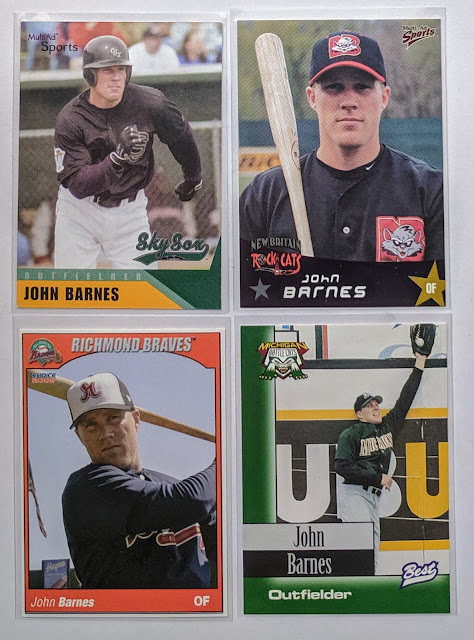 Rounded up a few missing minor league cards of him too, a guy I went to school with. Again, I'm not sure about a nickname for him, but his middle name is Delbert. I'd be afraid to call him that! That's asking for a beat down. 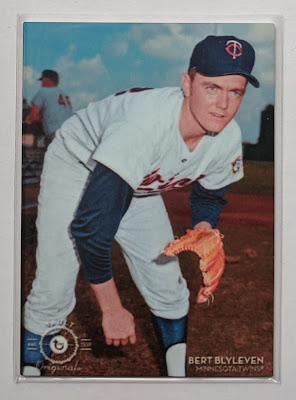 Let's call it good for today with this Bert Blyleven. His nickname is the Frying Dutchman. 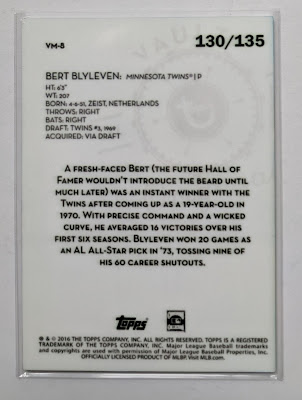 2016 Topps Legacies of Baseball was a one-and-done high-end set that didn't catch on, but I dig these Vault Metals cards. Can barely call this a "card" though... Bert here is a solid chunk of metal. In one of my all-time best pulls, I landed the Mike Trout 1/1 Vault Metal black logo parallel out of a box I got for my birthday a couple years back, so I suppose I have a soft spot for these. Took a look on COMC for low-cost ones I could grab and ended up with Blyleven.

That's it for now. Have a great weekend, everybody.
Posted by defgav at 3:38 PM