I received a weird Tony Gwynn oddball as a bonus card in a purchase a few weeks ago, and I was so enthralled and entranced by it that I then went out and scored myself the entire 16-card set. I'm thinking that posting the whole set at once might be too intense, so the plan is I'll do a card at a time on days when I otherwise don't have a post ready to go but want a quick post option. 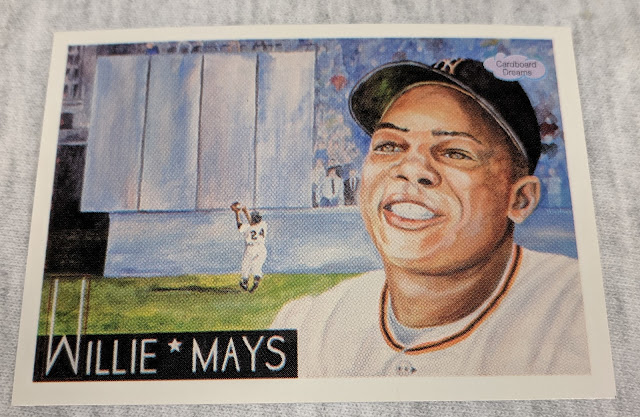 Card #1 is Willie Mays. The likeness isn't too bad. Perhaps a little pale on the complexion . Reminds me of somebody else, but can't quite place it.. Emma Stone? Oprah? Miley Ray Cyrus, maybe?

The background picture of his famous World Series catch is pretty great. This is one of the better fronts in the set, no question. 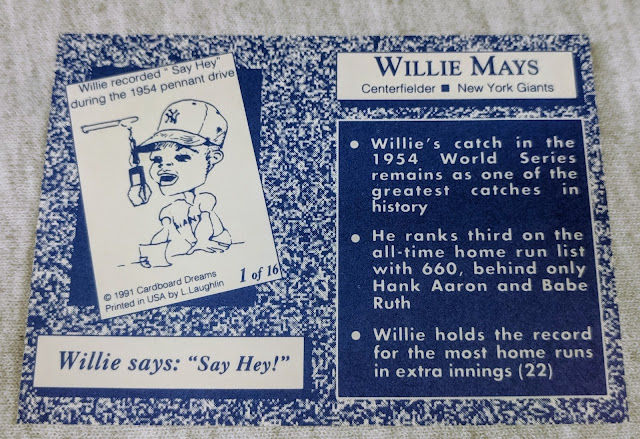 I think I like the backs of these cards better than the fronts. They feature a fun caricature of the subject and a few interesting factoids.

Willie currently ranks 5th in career home runs, with Bonds and A-rod passing him since this card was made. Albert Pujols will likely hobble past him next year. (You gotta wonder what would have happened had Willie still had a few years left on a big contract once he was showing signs of being done [a la Pujols]. If long-term contracts were a thing back then he probably would have stuck around a couple more years and reached 700 easy.)
1. Barry Bonds 762
2. Hank Aaron 755
3. Babe Ruth 714
4. Alex Rodriguez 696
5. Willie Mays 660
6. Albert Pujols 652

As far as I can tell, Willie still holds the record for most extra inning taters with 22, followed by Jack Clark (18) and Babe Ruth/Frank Robinson (16).

The cartoon references the Treniers' "Say Hey (The Willie Mays Song)" that was released in 1955. Willie doesn't sing on the song, but he recorded some dialog for it. 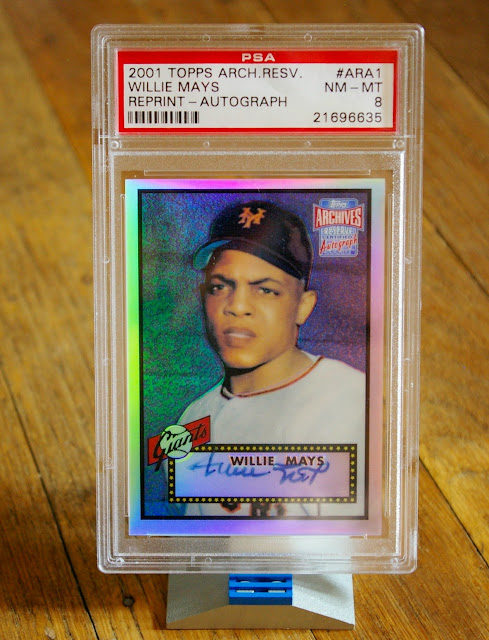 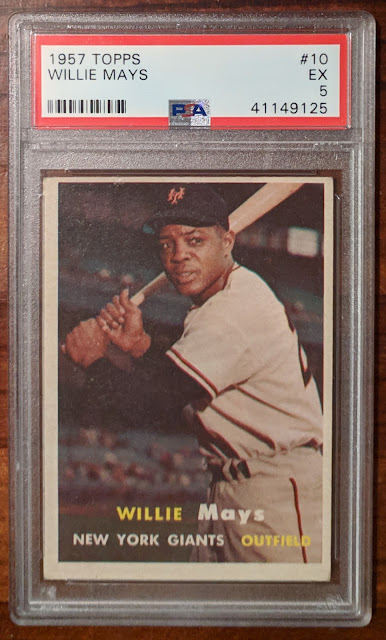