2004 Retired needs down to just a desperate dozen!

I seem to post an update every month or so on my foolish goal of collecting all 76 certified autos in the 2004 Topps Retired Signature Edition set. I've picked up a few since the last time, so let's take a look... 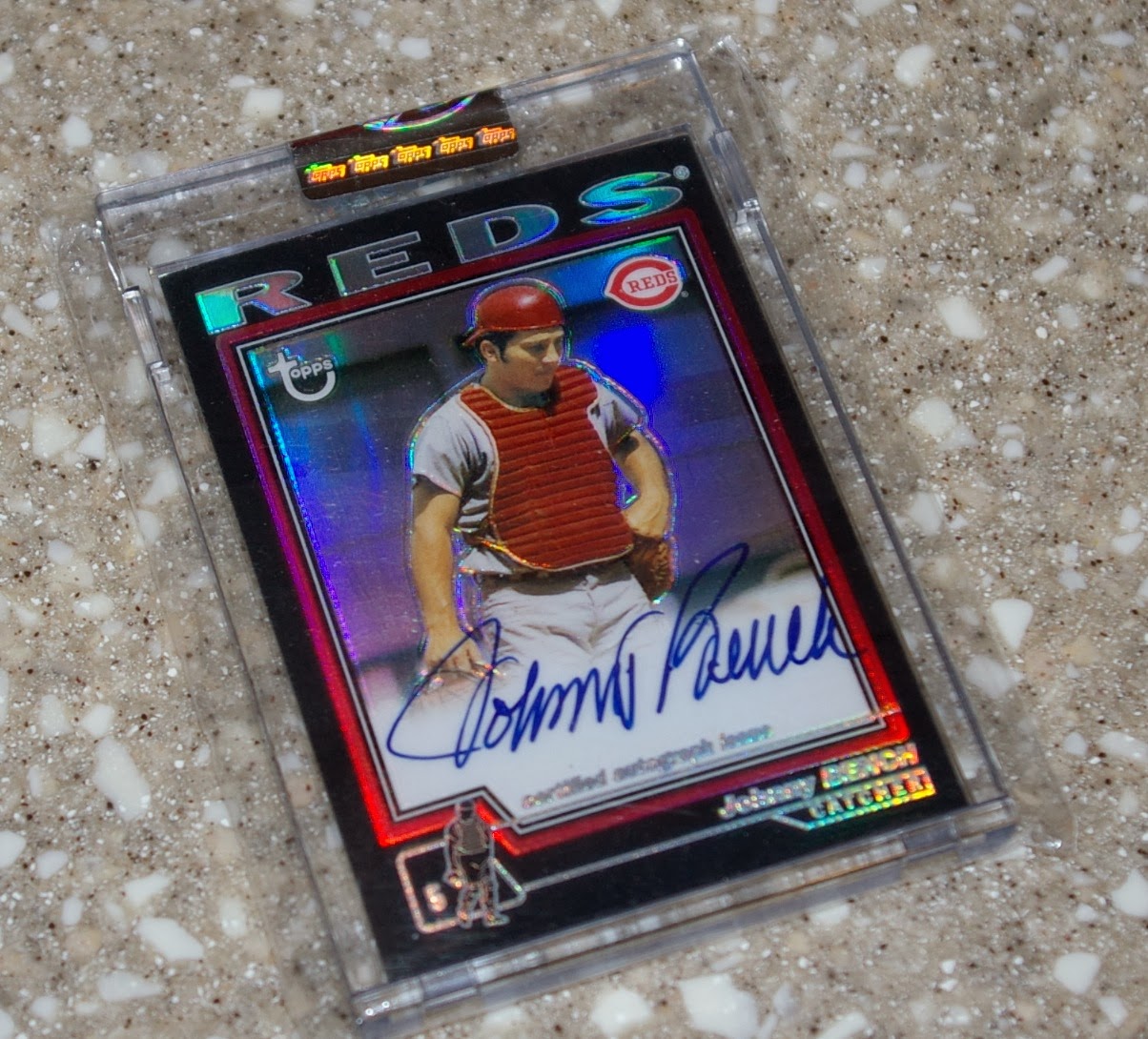 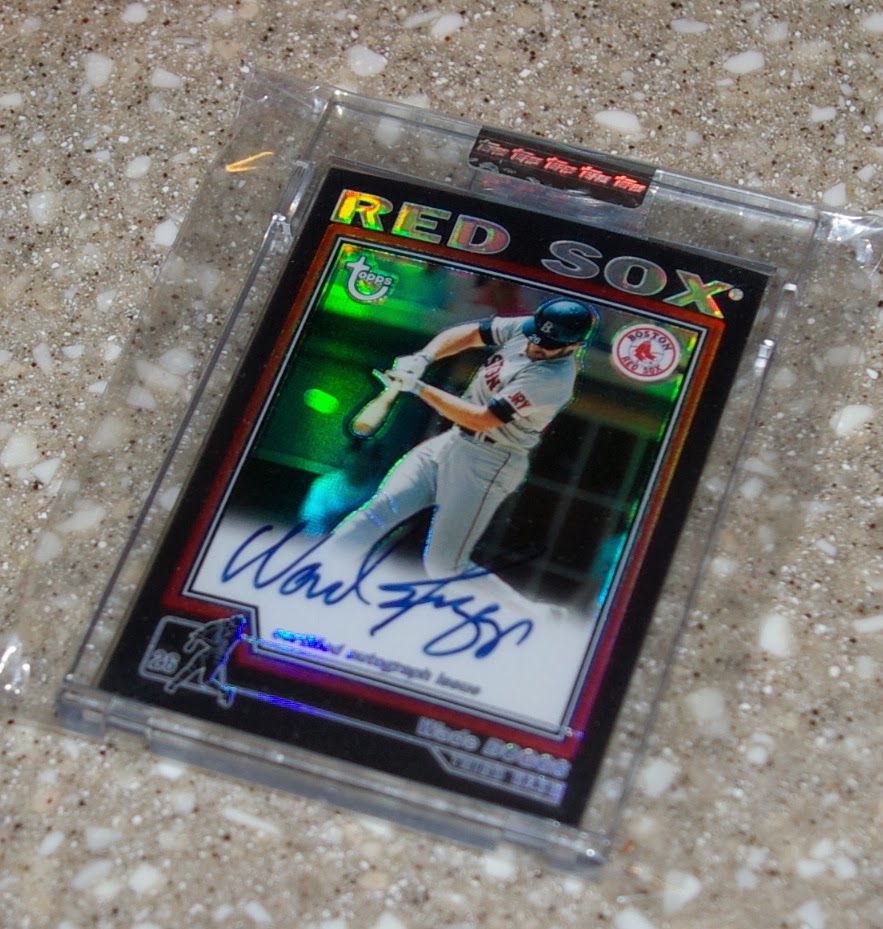 This Wade Boggs refractor is also a real beauty. 06/25. Got it for a decent price.. I'm glad I didn't cave and pay ~$200 for the graded copies of this card that taunted me at COMC. 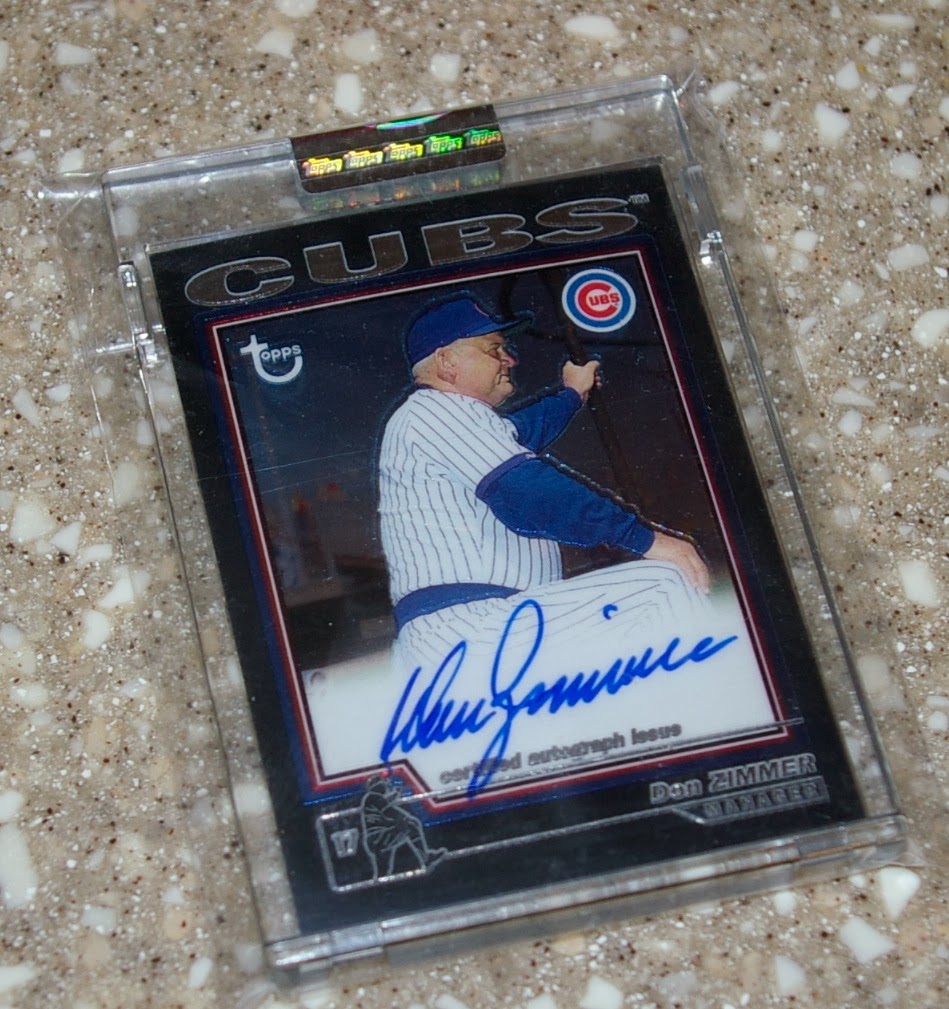 Don Zimmer here is "just" a base auto, not refractor.. but still a nice addition. 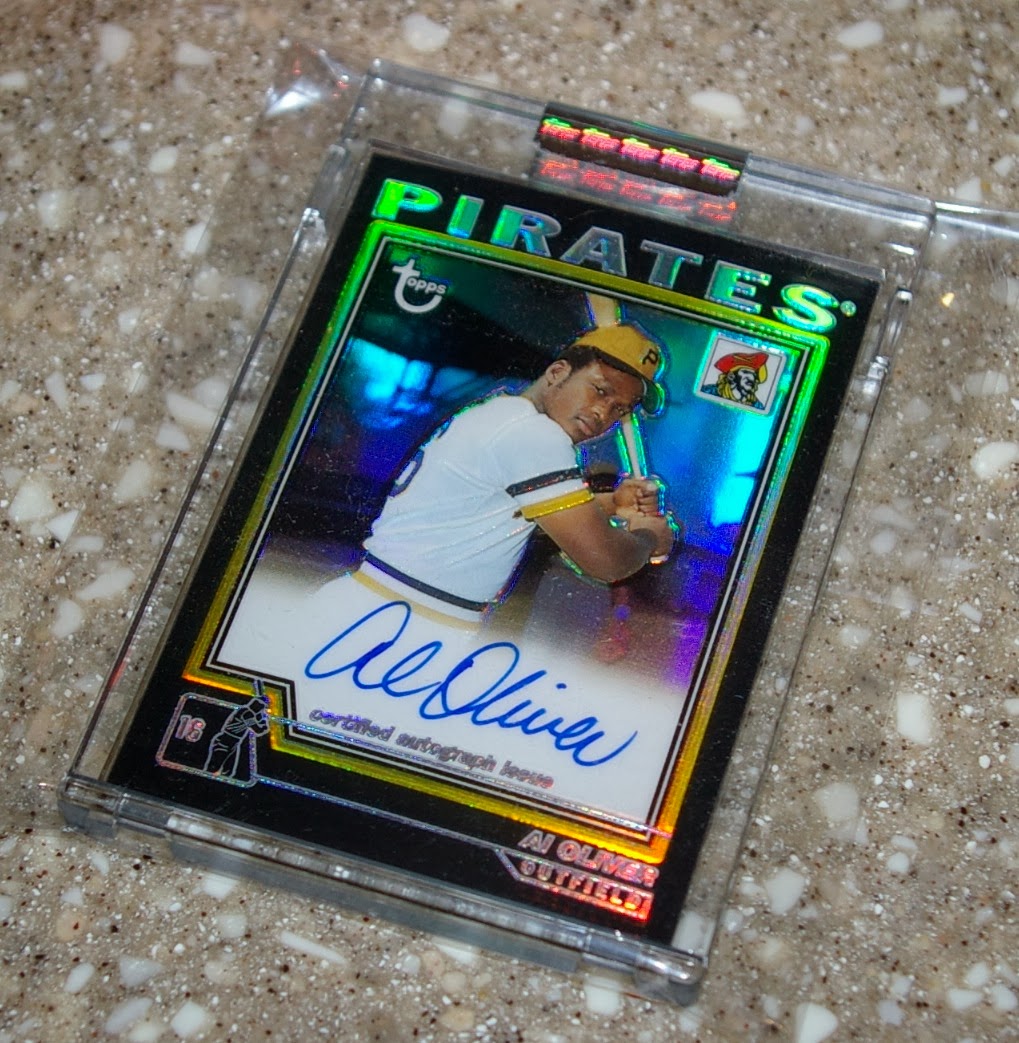 Another refractor! 21/25. I already had the base auto of this card, but when the price is reasonable, I like to "upgrade" to a refractor parallel. They're just so damn pretty! Since I semi-collect Al Oliver, I might hang on to both autos, though normally I'm happy to just have a refractor and don't try for any "parallel rainbow" action. The base auto was just the second card I got from this set (behind Bill Madlock), back when I first got the brilliant idea "yeah, I'mma go after completing a high-end set of auto cards.. cause I'm an idiot and I hate having money."

There's currently a Musial refractor on eBay, but at a stupid price ($444). Hopefully the guy decides to really sell it one of these days and reposts it with a low opening bid.

And I'm not sure if it's still there, but recently there was a Nolan Ryan refractor with a ridiculous asking price of like $599. I even ventured a stupid "best offer" that was still pretty ridiculous, and it was instantly denied. Grrrr. Would love that one to pop up with a reasonable opening bid someday.

The only cards here I've never seen on eBay (or for sale elsewhere) in the year or two I've been chasing this set are the Gwynn and Seaver. As a native San Diegan, the Gwynn in particular is a "white whale" for me. Someday!
Posted by defgav at 7:53 AM