After the negativity of my last post (a drunken rant stemming from a headache sending out cards to a contest winner), life made it up to me. I just won 1st prize in Chavez Ravining's latest contest, which I'm pretty happy about! And I also recently got 2nd prize in the big contest at Red Cardboard. I've never been super into hippy-dippy karma stuff, but man, it seems when I run contests on my blog, I seem to win contests on other blogs. It just goes to show you that when you give, the universe will give back to you! Really!


But back to Red Cardboard's contest, the Junior Junkie got first place, and chose the enticing vintage lot.. but my 2nd choice was the mysterious "big box". I think I also won 4th place (out of 8), so I also got some sweet parallels as well.

The big box was specifically a 660-count box, full of various cards, mostly from the past few years but stretching back a bit to the 80s (but not much junk-era), with a heavy weight on Reds players (about a third of the cards), which is cool with me since I like the Red alright. It arrived yesterday and it's been a lot of fun going through it and checking out all the cards. A lot of it will make its way into my for-trade box, but also many, many cards will be new additions welcomed lovingly to my collection.

Let's take a look at a few highlights.

There were also a ton of other cards. Dozens of current/recent Reds stars like Jay Bruce, Adam Dunn, Homer Bailey, and the like. Big thanks for all the cards, Matt! Hopefully I'll get a few Reds cards you need someday and can return the favor.

Back to Chavez Ravining, the grand prize was getting to pick a free team in his upcoming 2014 Topps Chrome break. It's often tough for me to pick a team in a group break. Sure, "my team" is the Padres, but you gotta be a fool to grab San Diego in a break of anything these days unless it's heavily discounted. So then the question is do I load up on trade fodder of a team? I can always use more Red Sox to send off to Mark Hoyle, for example. But I decided to pin my hopes on a hot player. If the White Sox were still available, I probably would have went with them hoping for a nice Jose Abreu card. But instead I ended up asking for the Angles, trying my luck for some Mike Trout goodness. Fingers crossed. 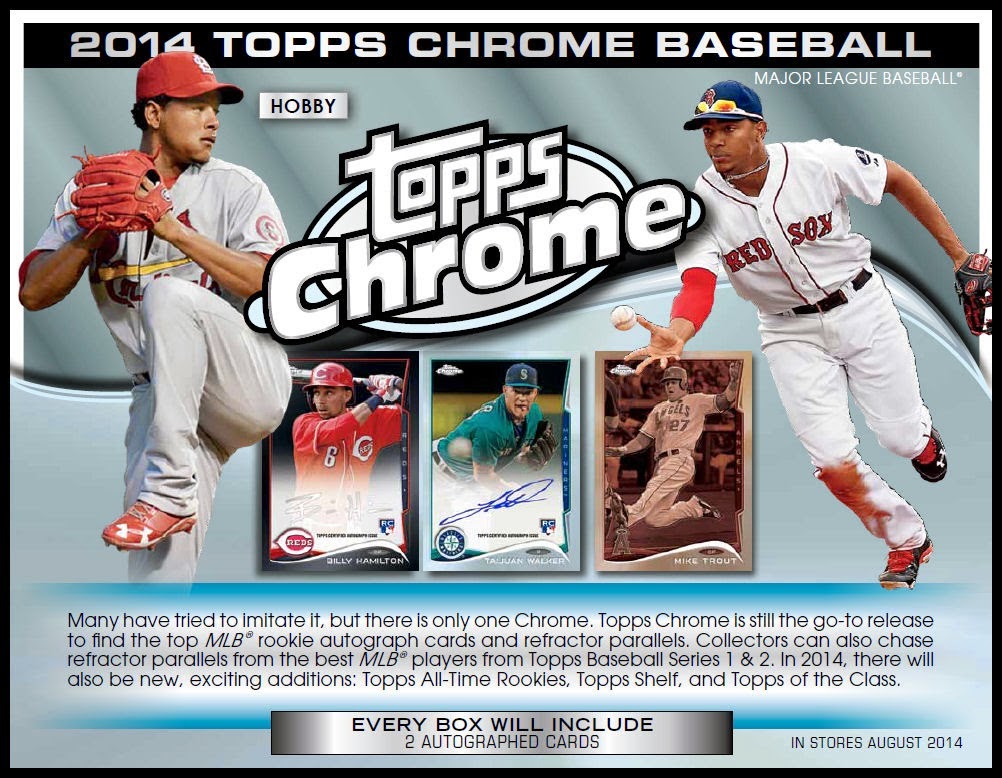 There are still a lot of good teams available in Alex's break, so check it out and consider signing up for one of the remaining spots. Here's the link.
Posted by defgav at 3:49 PM