Today Your Cards, Tomorrow The World


I got a great "just because" PWE from Dime Box Nick on Saturday. I quickly worked in pictures of some of those cards into a mostly-finished anti-Giants mini-rant spurred on by the Jake Peavy trade.

Here are the rest of the cards that didn't fit anywhere in that theme. 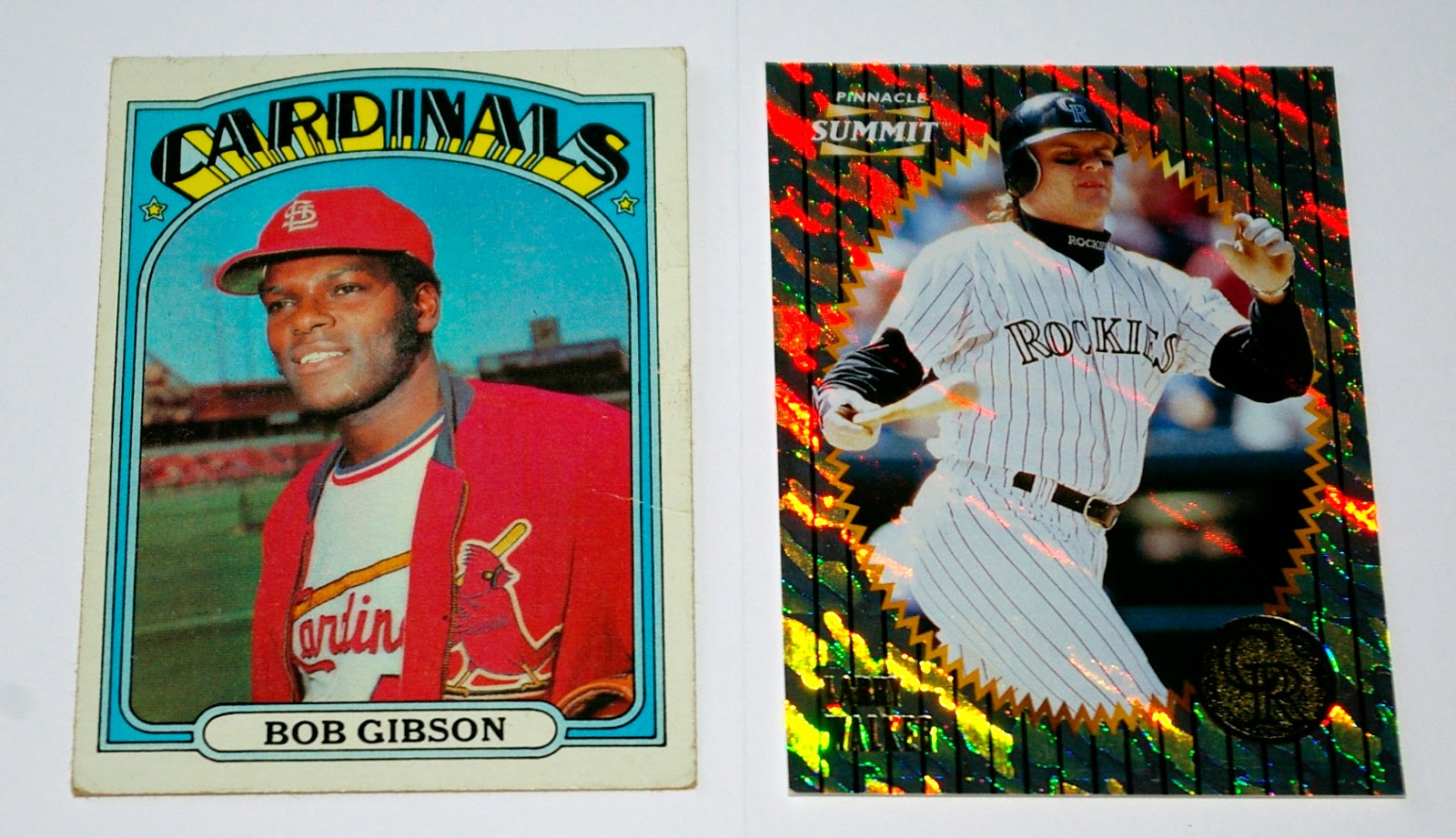 A trio of Gwynns, including a multi-exposure shot and the fantastic "Sanders 27?!" card. Been wanting to score that one since seeing it on Nick's blog a while back. Looks like I went straight to the source!

And don't forget about the other cards I posted the other day, including a 1967 Topps Hoyt Wilhelm. Great stuff. Thanks again, Nick! Now I have to do my best to return a respectable showing of cards, which is a very daunting task when dealing with the Dime Box King! I hope your 2014 needs list is up to date, as that's probably my best bet.

The Ramones song up top is there because Nick loves The Ramones (rightfully so). Here's a very different sounding cover of that same song.. one of my favorites.