Hot on the heels of my last big contest, here's another chance to win.

[7/10 update: the contest is now closed. Thanks to everybody for playing.]

My Bip Roberts rainbow chase is looking good (essentially completed, if we're not being too strict about it) and I've gotten a few different parallels of his 2014 Archives auto. I didn't pick a great first card to rainbow (yes, the word "rainbow" is a verb now.) The card uses the 1990 Topps design, and the parallels don't mess with the border, for whatever stupid reason, rather just tweak the tint of the background of the photo.. and since the background is already dark in this photo, it doesn't make for a very pronounced difference. They aren't even refractors or anything cool like that.

Whatever. I thought it would make a fun little contest to see if people can identify the relative scarcity of these cards. 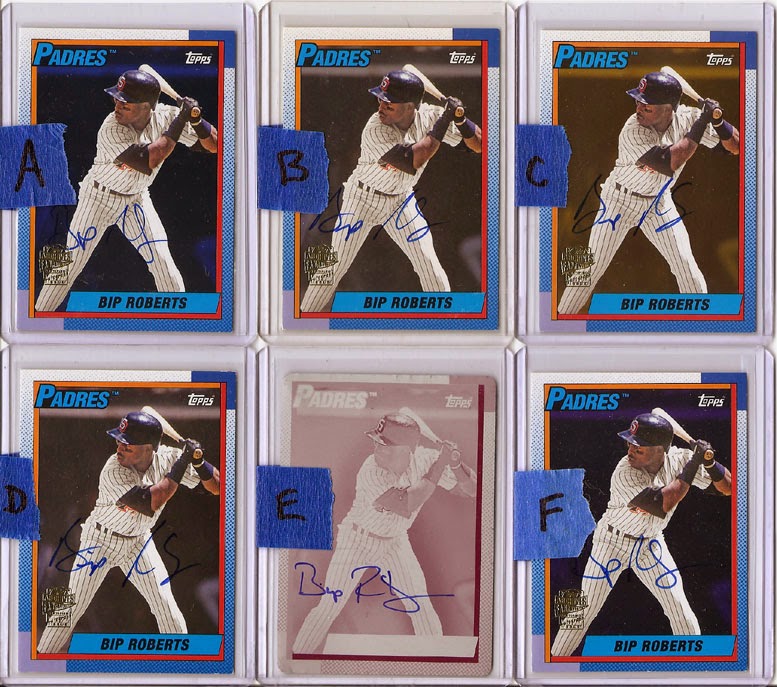 Here we have 6 different versions of the card.

To enter the contest, just leave a comment on this post with the order of least-to-most scarce (i.e., the base card would be first, followed by the most-abundant parallel, through to the least-abundant.) So your comment should be just the 6 letters in your selected order (and a 2-digit tiebreaker number*), plus an optional comment along the lines of "Thanks for this awesome contest! Your blog rules, dude!"

*Assuming there are multiple correct guesses, everyone who answered correctly will then have their tiebreaker numbers come into play. This number will be the sum total of the serial numbers (numerators; For example 4/25 = 4). Closest without going over wins. If multiple people guess the same number, whoever guessed it first gets it, so be sure to pick an unclaimed number. And if there are no correct A-F guesses, then the tiebreaker number will determine the winner. Here's a hint, it'll mathematically be between 5 and 91.

The prize: You'll get Bipped. Ok, and you can also pick a remaining lot from the big grand prize pool. 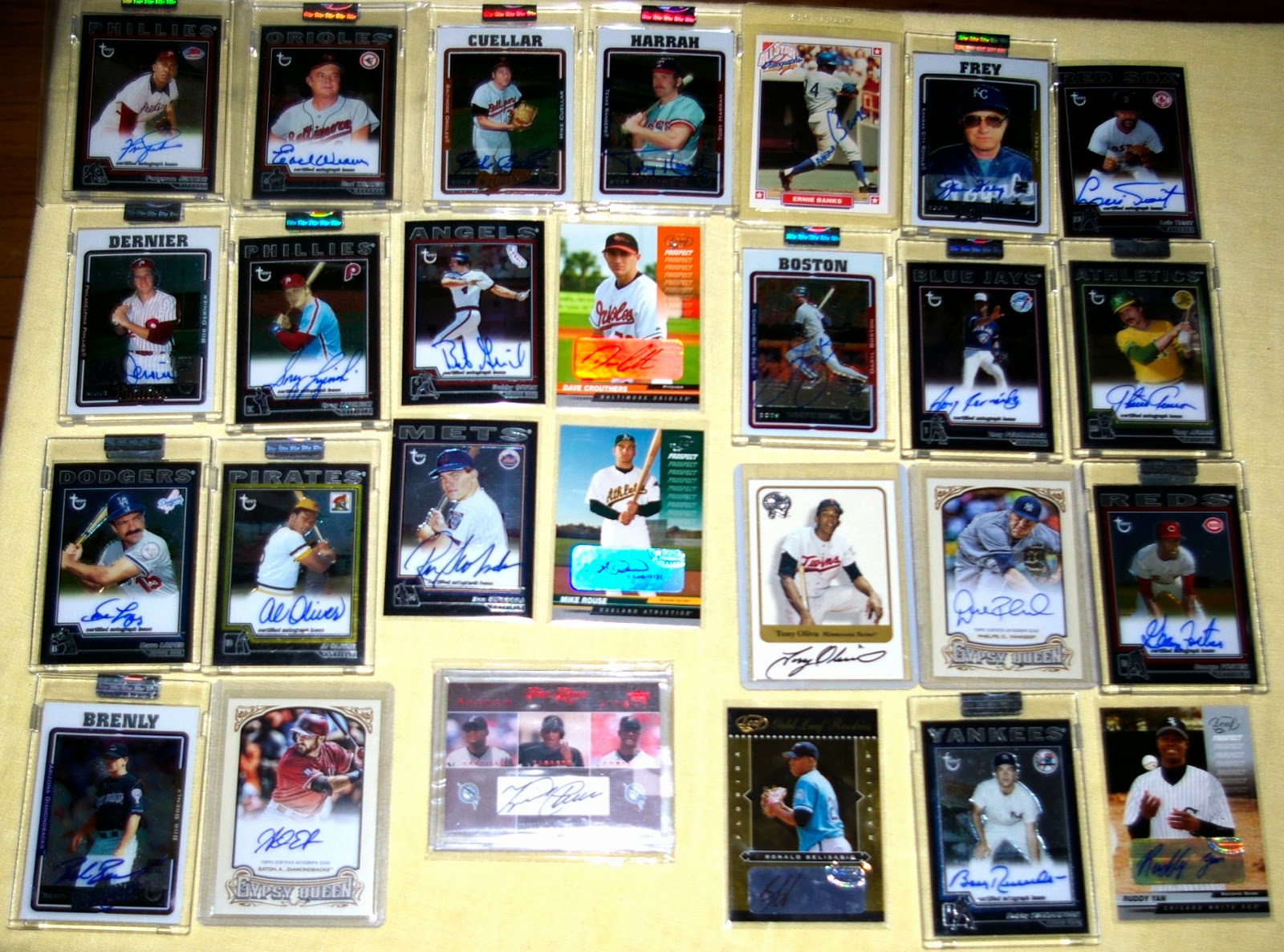 Refresh yourself of these lots here and here. Only Lot F (the Mets-centric lot) is now off the table, as it was claimed in the last contest. Sorry, Max, last week's winner, but you're not eligible to play Flip The Bip.. We gotta try spreading around the prizes. And by the way, this is not the "second chance" contest I was talking about earlier. That's actually going to happen as soon as this little game is over. So I suppose it'll be more like a "third chance" contest.

Only your first guess will count. I'll give a few days to let people get their guesses in, then I'll close the contest and Flip The Bip and we'll take a look at the serial numbers on the back in a forthcoming post. Thanks and good luck!


Now post your guess in the comments below to enter. Again, we're looking for the 6 letters (A thru F) in ascending order of scarcity, and a 2-digit tiebreaker number. Good luck!
Posted by defgav at 11:14 AM