When I'm digging through bins of cards, I'm usually looking for 2 types of cards: old cards and new cards. So like, vintage or recent. I pretty much already have the vast majority of 80s/early 90s cards I want. I wasn't collecting in the late 90s or 00s, so I don't know which random Pacific inserts sell for a hundred dollars on eBay and which can be had for 18¢ on Sportlots. For me to pick up a card from this period, it's gotta look cool enough to really catch my eye, or maybe have a serial number on it to let me know how rare it is. I end up quickly thumbing through tons of McGwire, Ripken, Bonds, A-Rod, and other stars from those days that loiter in the bins.

Anyways, this post features a bunch of cards I bought from the 4 for $1 bins at the card show yesterday. It was probably my all-time largest haul of singles from one seller. While I won't show off all of them (many are already set aside for trader buddies), there were 193 cards. And without a bag, it took a great effort to get all the cards safely into my car without the stacks spilling everywhere. 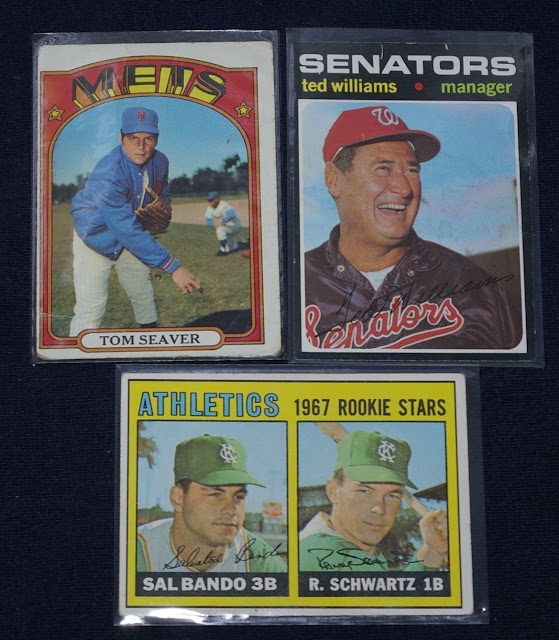 Some of my favorite pickups of the day. The Tom Seaver and Ted Williams aren't in great shape, but I was still excited to throw them on my stack. 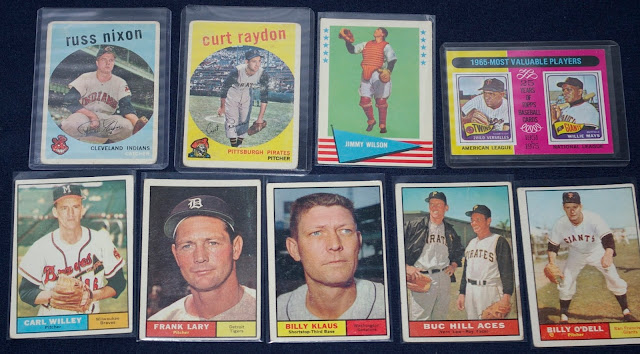 More vintage. The Willie Mays is a PC addition but the rest of these are available for trade.

I don't really care about Scott Rolen, but this card looked really cool. The baseball in the background has a cool 3-D thing going on. It reminds me of those Crystal Ball inserts from last year's Stadium Club.. but whereas those cards are super thick, this one is standard thickness. 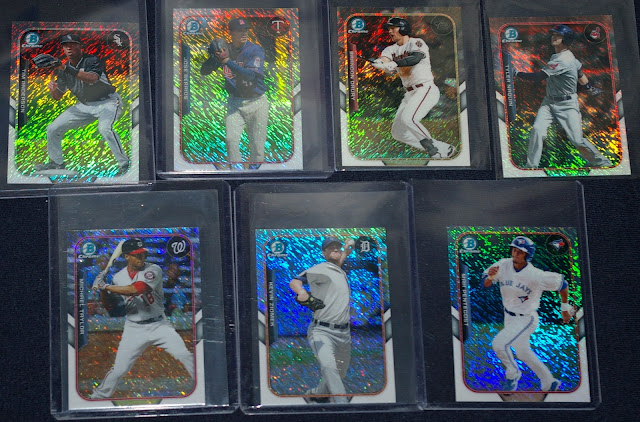 I'm a sucker for these Bowman mini shimmer refractors. That said, I suppose these are all available for trade. 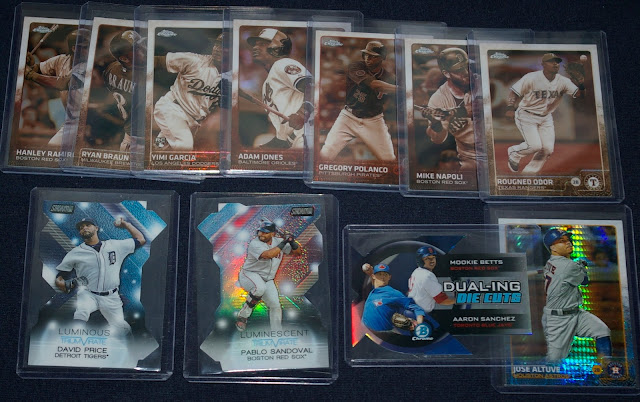 These are also available for trade besides the Mookie, Altuve, and Adam Jones. 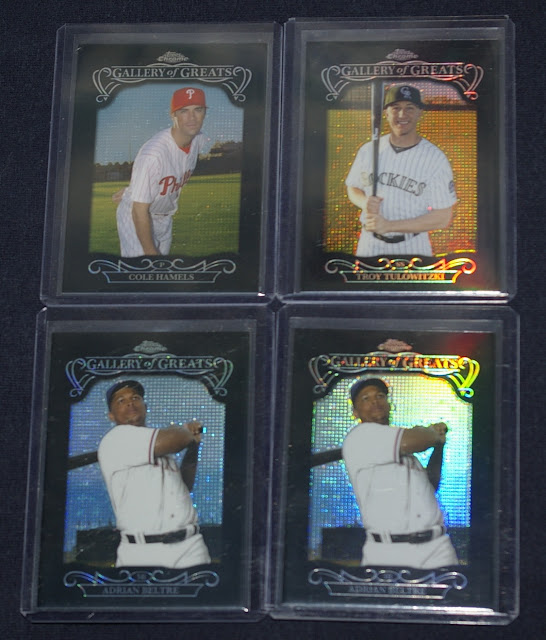 I love these Galley of Greats inserts from last year. In my haste, I grabbed 2 Beltre cards, so one is available for trade. 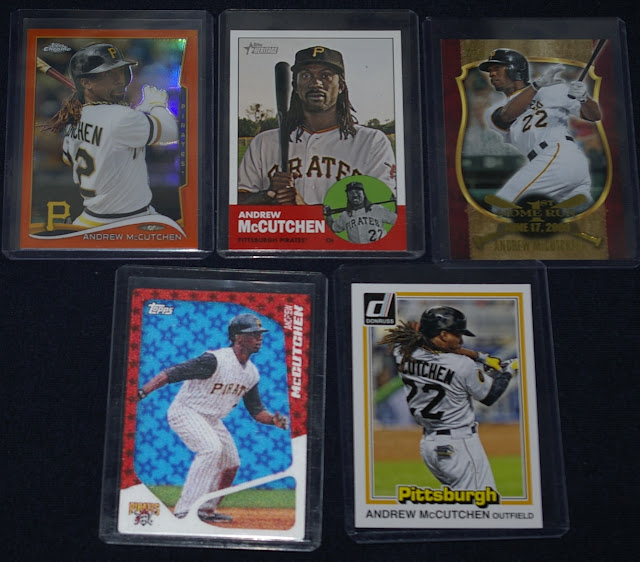 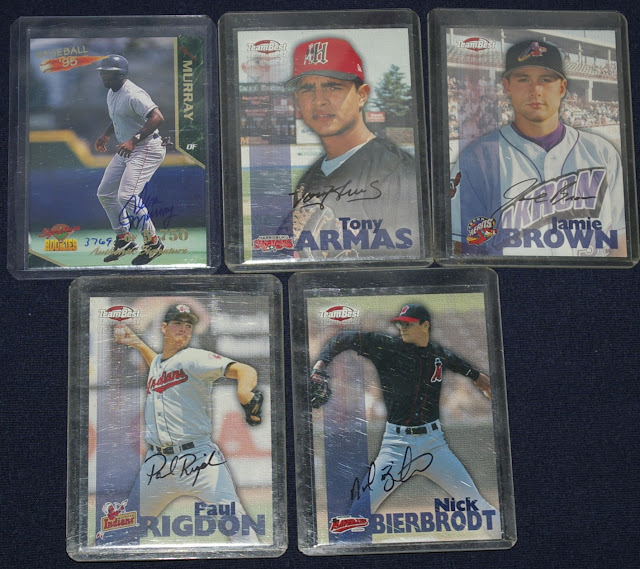 Certified autos are tough to pass up for that cheap, even though these guys aren't familiar to me besides maybe Tony Armas, Jr. All available for trade. 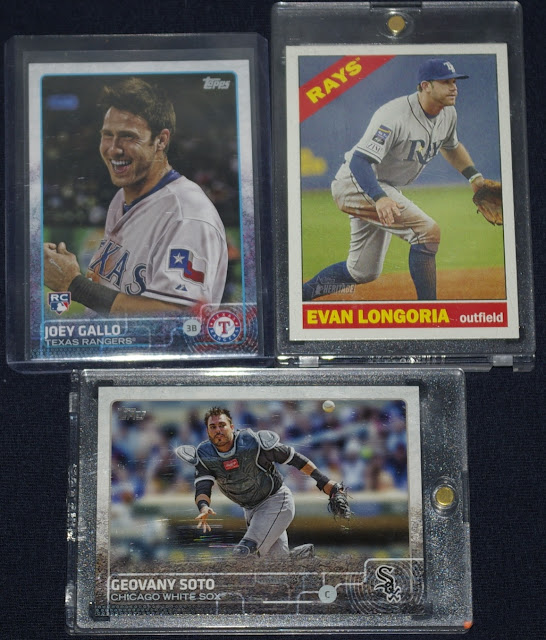 SP variations. I grabbed the Geovany Soto purely for the magnetic case. Once I got home and was trying to figure out why a common warranted such a prestigious case, I noticed the sparkle. 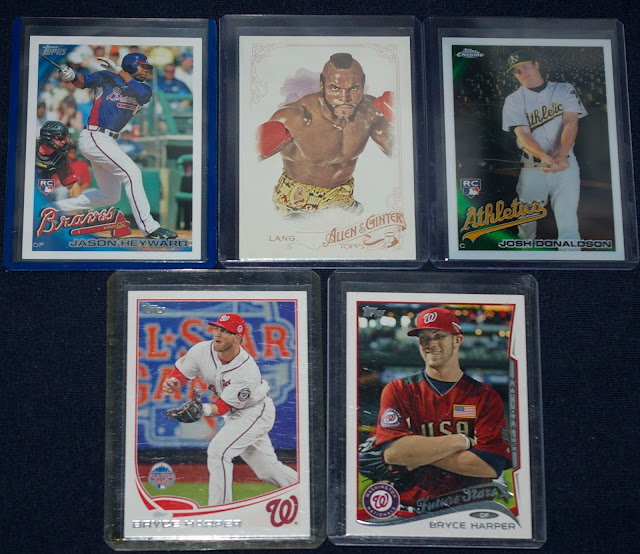 More cards for me. Turns out the Bryce on the right is a photo variation SP... nice! 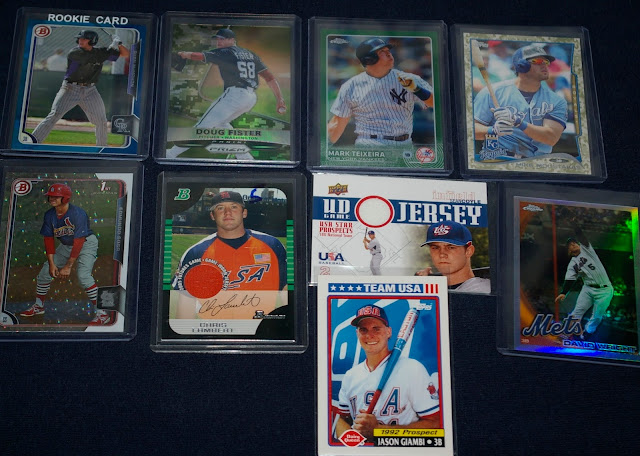 More cards for my tradebox. The top row are all numbered /199 or less. Anybody want to trade?

Cards of guys I collect from when I wasn't collecting. 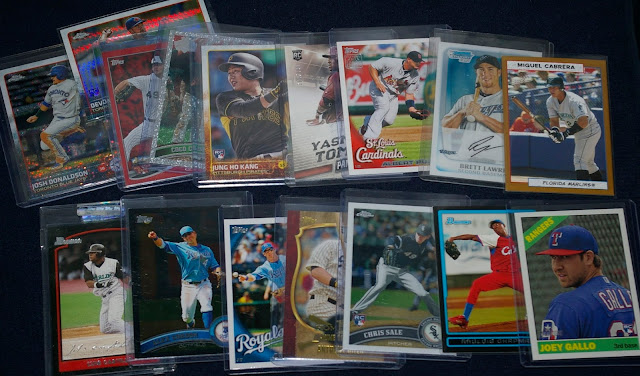 These are also cards. 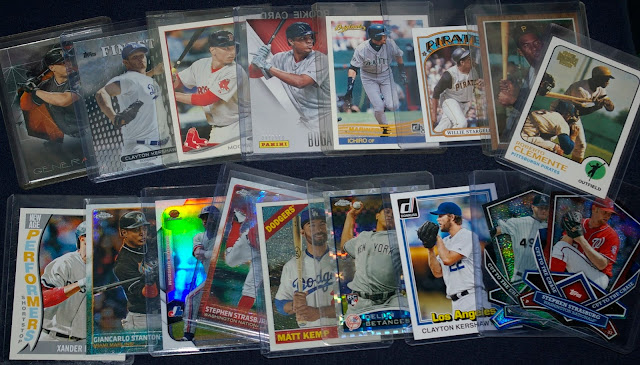 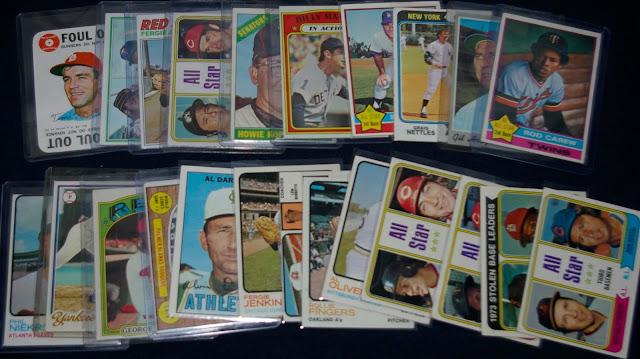 Did I mention I grabbed a lot of vintage cards? 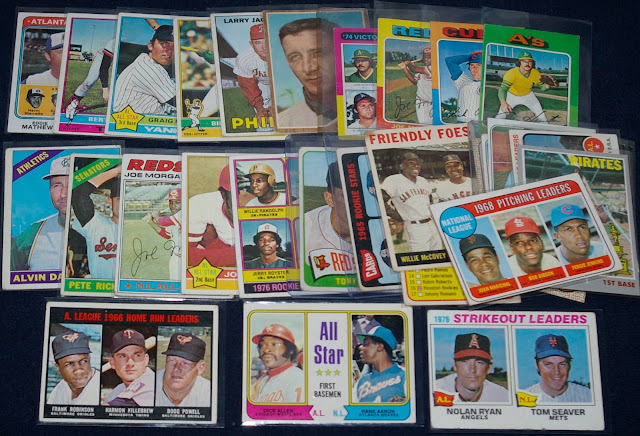 ..because I did. I did grab a lot of vintage cards.


If all those cards from the show weren't enough, that afternoon when we went shopping, even though I had no intention of buying any retail that day, I took a curious look at the card section just in case the grocery store had anything good on closeout special (which just about never happens). And yep, they did... 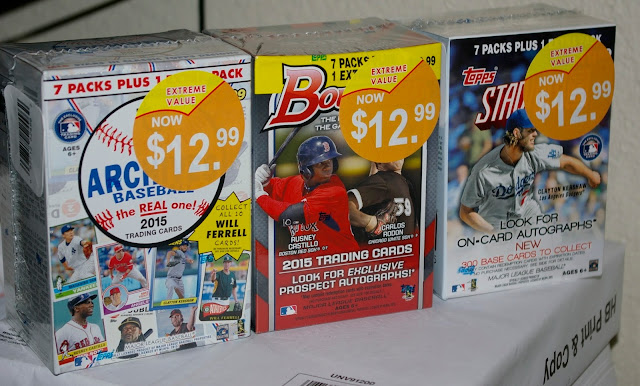 Couldn't pass up this trio of discounted blasters. I will try to practice some self-control and ration out these packs on rainy days over the next few weeks. At the show, I had been looking out for something to rip but didn't find anything interesting at a price that grabbed me, so I was happy to run into these later at the store. (They also had a couple discounted 2015 A&G blasters that I passed on.)