Just a couple trade packages arriving within the past week or so, but both were nice fat bubble mailers from my cardsphere hommies the Junior Junkie and SpastikMooss.

First up is Mr. Mooss. He had his eye on one of my extra Wade Boggs Always Sunny autographed customs, and was cool enough to do some COMC shopping on my behalf in exchange, scoring me a nice selection of cards off my wantlist. 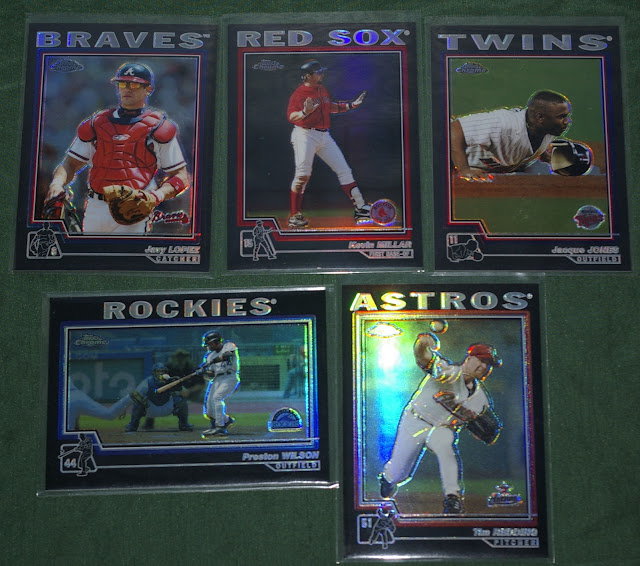 Never get tired of these! Thanks to this lovely lot of 2004 Topps Chrome black refractors, I've cracked triple digits in my attempt to complete that parallel set. I'm now at 103/487 complete (21%). 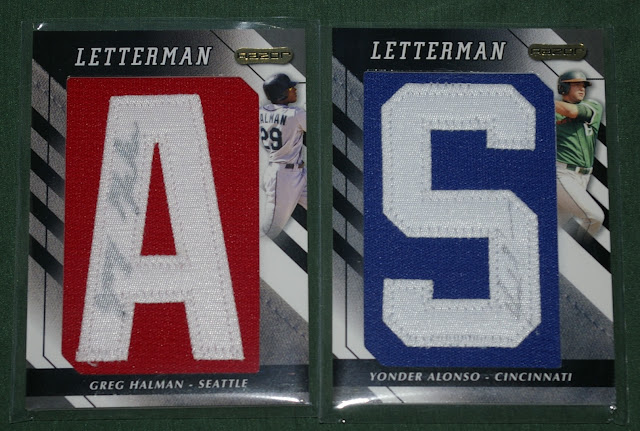 And my goal of spelling out Baseball Card Breakdown in various letter cards has made great strides lately. With these 2 additions, I'm happy to say I'm over hump now, with 11 cards down, 10 left to go. I can currently spell BASE A CARD EA. Not familiar with Greg Halman, but Yonder Alonso was a Padre for a while, so bonus points there.

Whale miniiiiiiiiiiiiiiiiiis!! With these 5 needs, I've completed the 2012 Allen & Ginter "Giants of the Deep" insert set. I'm not a big Ginter collector, but I like whales a lot and was drawn to these minis. Feels great to finish off that goal. 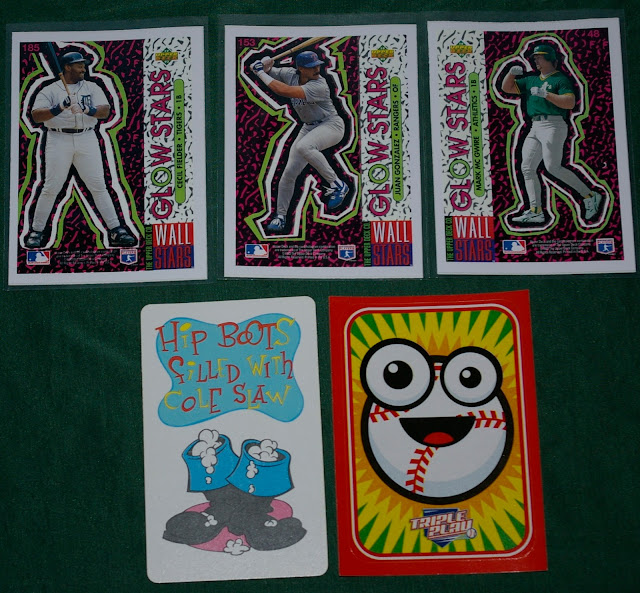 Here's some fun stuff, including 3 Glow Star stickers, getting me closer in completing that subset from 1993 Upper Deck Fun Pack. The coleslaw boots seems to be from a Ren & Stimpy game. 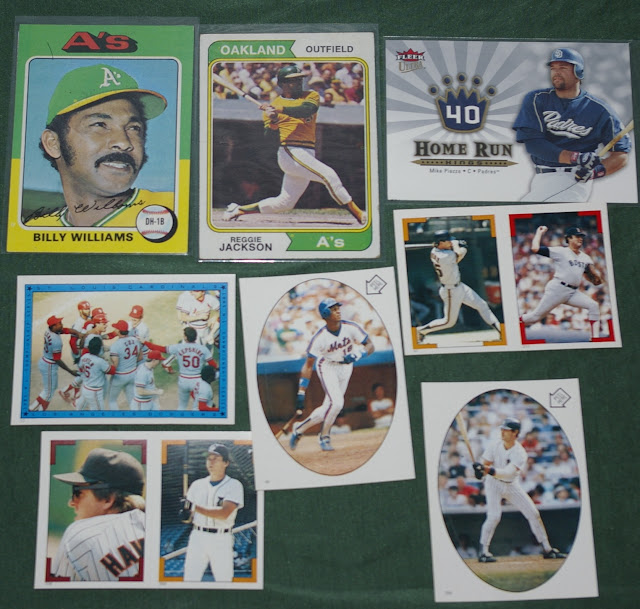 Hmm, I should probably have included the stickers in the previous picture. Some dudes I collect in there. As for the top row, vintage PC needs of Billy Williams and Reggie Jackson. Poor Billy came to Oakland just a teeny bit late to get in on their championship run. While I like to think of my Piazza PC as "complete" I do still like to add Padres cards of his I'm missing and the occasional crazy 90s insert.

Sealed junk wax! Always fun to rip, even if there's probably nothing in there I really need for my collection. Fingers crossed the gum is still bright pink so I can chomp down on that shit. Not even joking!

Next up to the plate is new dad The Junior Junkie (congrats on the bundle of joy!). I was lucky enough to be a part of his recent epic mailing, even though he had very recently bought a couple custom sets of mine (thanks again!), so he definitely didn't owe me anything and was just getting a jump on our next trade, knowing he'd be a little preoccupied for the foreseeable future. So no rush, but I'll have to hit him back one of these days. 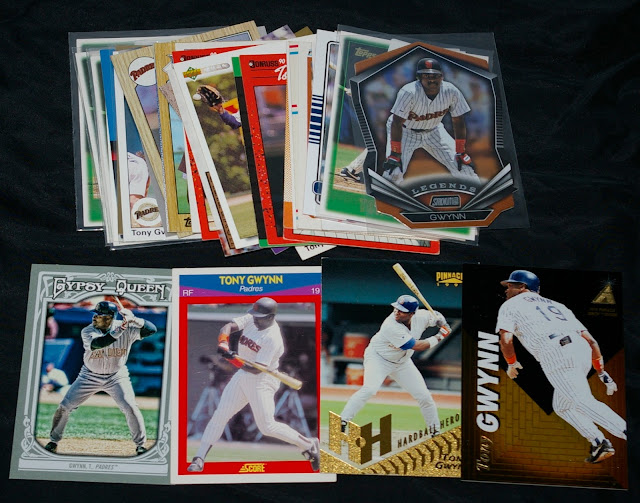 That's a big Gwynn lot! While I've already got most of the overproduction era cards, there are definitely some PC additions among these guys. 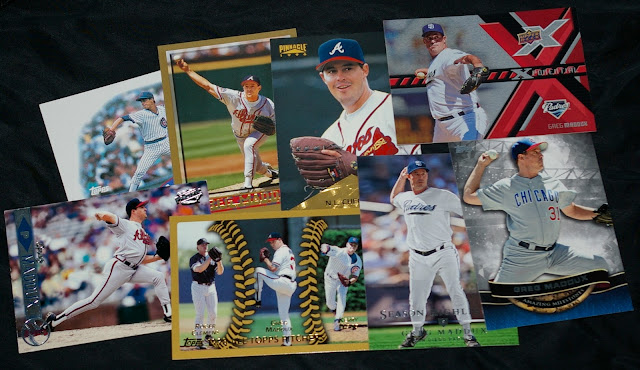 And here's a nice Greg Maddux lot to add to my Mad Dog collection. 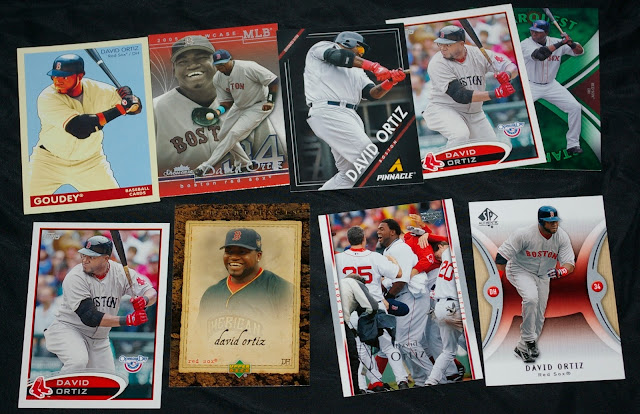 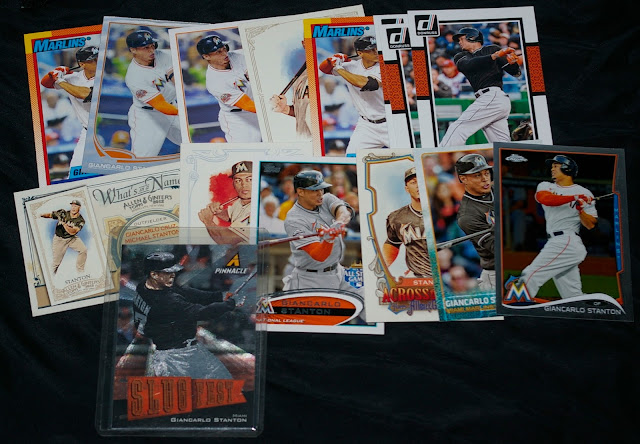 A bunch of Giancarlo cards, highlighted by a dufex Pinnacle insert. 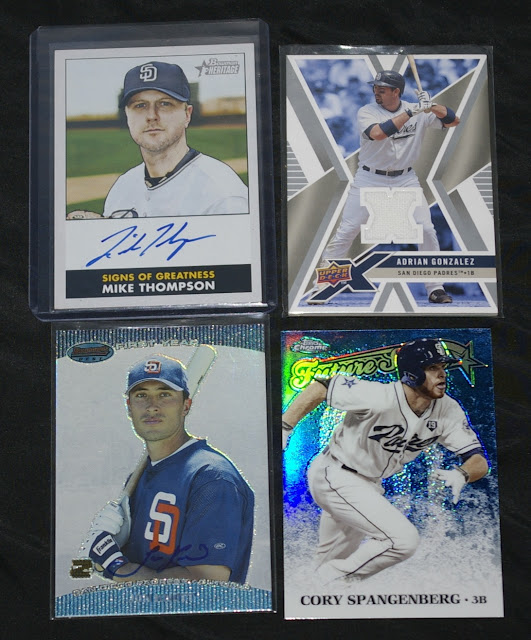 Some Padres hits and inserts. I don't know if Mike Thompson or Jon Knott ever showed much in the way of signs of greatness, but cool to get their autographs nonetheless. And neat A-Gon relic and Spangenberg Future Star. 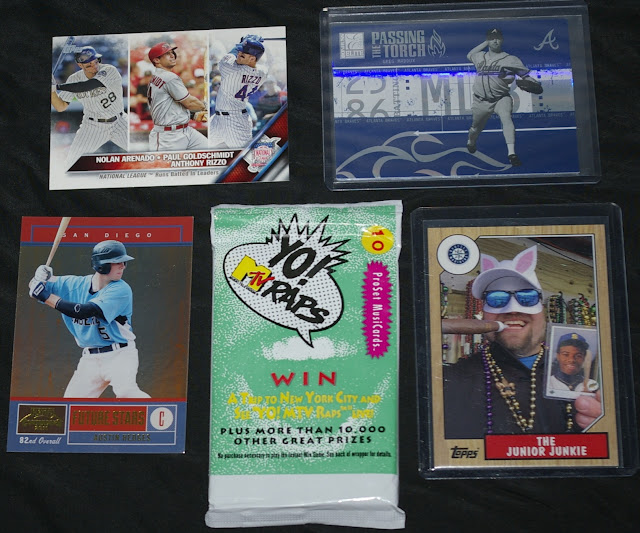 And this picture wraps it up for us. Oops, I should have included that Maddux with the others, but oh well. I believe it's #'d /500 or something. The San Diego card in the lower left is Austin Hedges (I should have included it with the other misc Padres). Another unopened pack! I watched a little of Yo! MTV Raps back in the day. Probably even ripped a couple of these at the time. I should do a separate post where I rip these junk era packs I've gotten.
And the kicker! A custom blogger card of TJ himself, autographed and personalized to me on the back. Very cool! Thanks, man!
Posted by defgav at 4:07 PM