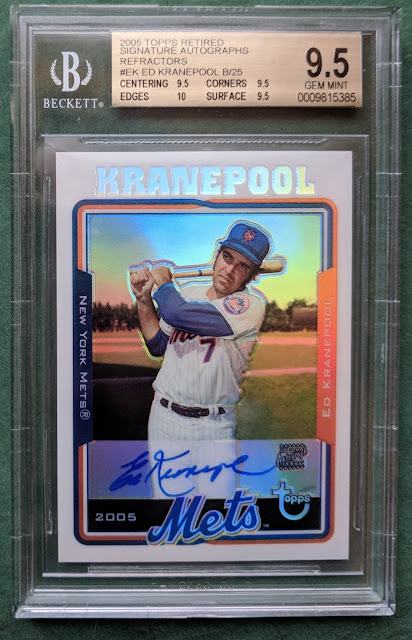 Always on the lookout for Topps Retired refractors, I scored this great-looking one from 2005 of Mets legend Ed Kranepool for the price of a blaster. I prefer my Topps Retired autos to still be in their "uncirculated" cases, but in recent years I've soften my stance against them being graded. (A couple years ago, I would have quickly broken this out of the slab, but now I'll probably just let it be.) 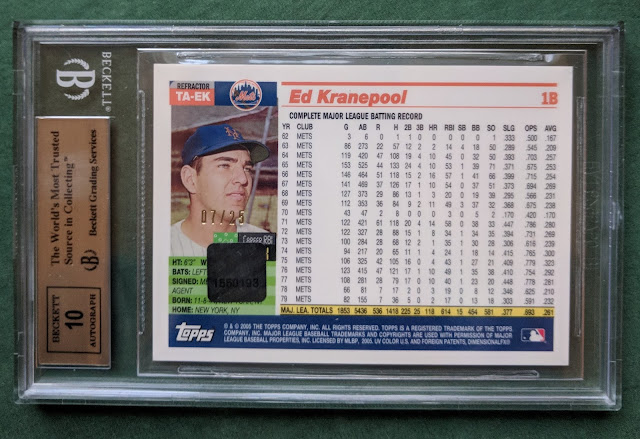 Ed's stats won't blow you away, but you gotta be impressed with such a long career, and all of it as a Met. 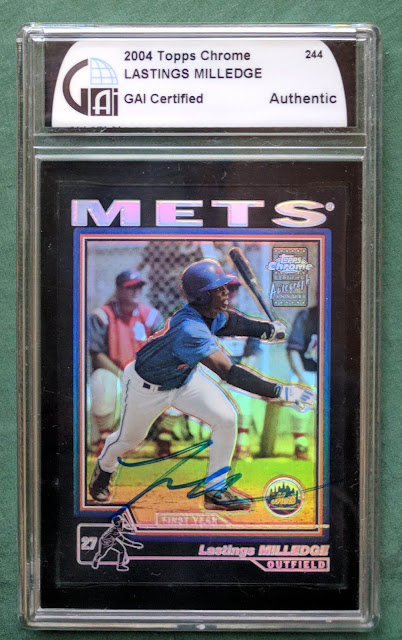 And here's an addition to my slow-going 2004 Topps Chrome black refractor parallel setbuild. Believe it or not, Lastings Milledge is one of the better names in the autograph portion of that checklist, his MLB career lastings 433 games over the span of 6 years. Then he played in Japan for a while, and this past season he was back in the states playing for an independent team. 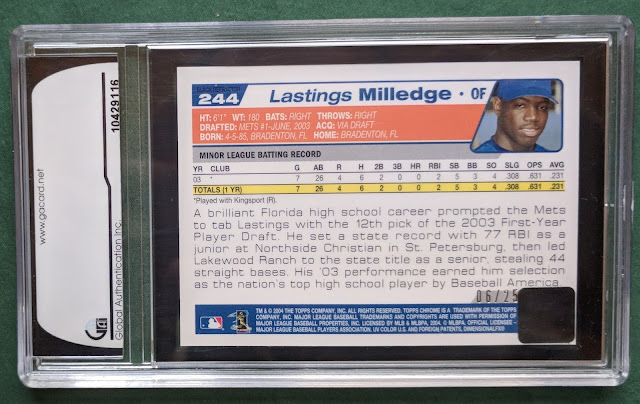 It's ridiculous that this is graded "authentic".. as if someone is going to question its authenticity. LOL. No one would ever bother to counterfeit this card. The card even got a hologram sticker on the back (not 100% counterfeit-proof, I'm sure, but taking way more time/effort/money than a counterfeiter would ever put in on a Lastings Milledge card). But whatever, I'll probably keep it in the slab for now, just for protection.

A cool thing about this eBay win is that the seller surprised me with a note alerting me to a bonus card for no other reason than to be nice... 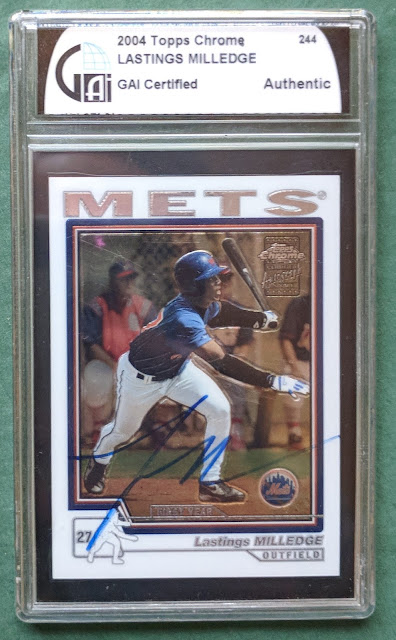 Yep, it's the base version of the same auto. Ha, cool! Of course, I wanted the black refractor for a set need, not because I collect Milledge, but hey, I'll happily add another hit to my Mets tradeables. Seems like my Mets-collecting trading partners have pretty much dried up over the past couple years, but it might come in handy someday. I've gotten random commons thrown in with eBay wins before, and maybe a decent card thrown in if the seller screwed up or something, but I think this is the best "just because" bonus card I've gotten via eBay. So that was nice of the seller.