Brouhaha of a trade

Excited for Game 7 tonight! While I'd love to stay neutral and not go through the emotional rollercoaster, I'd be lying if I said my rooting interests haven't manifested themselves as strongly pro-Houston this series. But someone really living and dying on every pitch is Bru from Remember The Astrodome. I was happy when he recently reached out to me about some cards wanted to send my way. I hadn't traded with him nor any other Astros fan in a year or two, so I had plenty of fodder in my tradebox to thin out. He hooked me up with a great flat-rate box of cardboard. 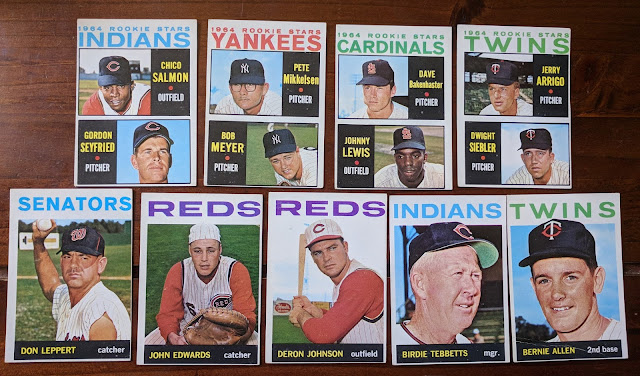 Let's start off with a nice lot of '64 Topps. Always love seeing vintage needs in trade packages! Now that I've nearly put my 1965 set to bed, my vintage setbuilding focus is turning to 1964 and 1957. These above get me passed 45% complete with '64. And these are all high-ish numbers too, so all the more appreciated. 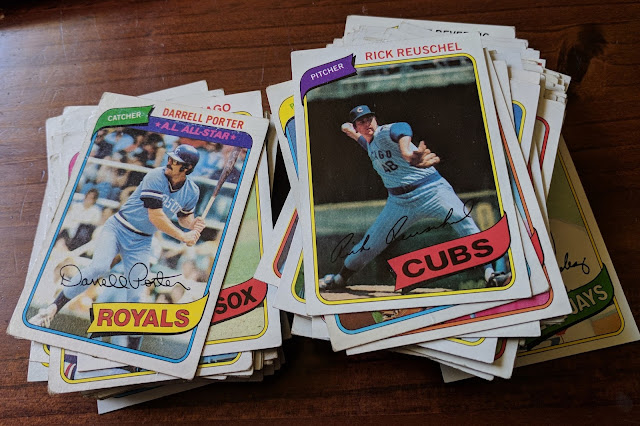 Yes! A brick of 1980 Topps commons probably wouldn't excite many collectors these days, but I was thrilled to see this in the box. I was really wanting one more lot like this before I sat down and collated what '80 Topps I've got so far, and was hoping to do it sooner rather than later, so this was perfect. I've now got a longbox of about 600 unsorted cards from the set, though I'm sure that number will shrink down considerably once I pull out the dupes. But still, that puts me in a good place to start getting serious about hammering out this set. Expect a wantlist to pop up before long. 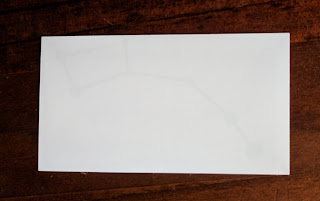 A blank mini?? Ha, no, it's another 2017 Ginter Constellations mini. Sweet! 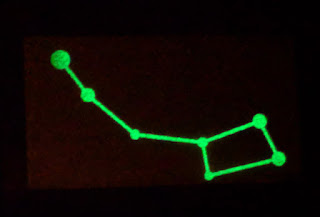 There it is in action. 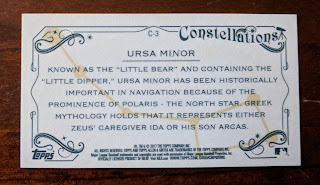 In case you were wondering which dipper this is, it's the little one. That checks off another for me from this 10-card insert set, nearly half complete now. 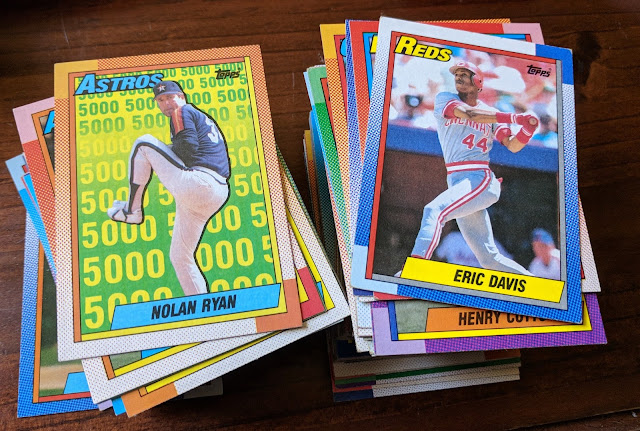 Ok, here's the Bru "haha." I should have known better, but a while back I posted saying something like if I came across a complete set of 1990 Topps at a card show for $5 or less, I'd probably buy it. I stressed that this wasn't an invitation to send me any '90 Topps cards, as they're not worth the postage. But hey, Bru had some room in the flat-rate box, so here's a stack of them. That little son of a gun!

LOL, but no, big thanks for the trade, Bru. I'll be dropping a nice selection of Astros on you shortly, though I want to make it clear that any return you get from me is only for the '64s, '80s, and the Ursa Minor mini. I will never trade for 1990 Topps. Never!