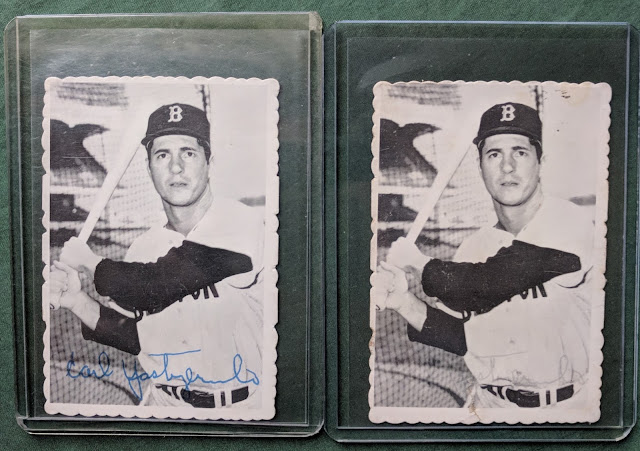 I was sorting my Yaz PC yesterday, pulling out dupes, and was just about to take out one of these 1969 deckle edge inserts when I noticed one didn't have the facsimile signature. Ooh.. Not a dupe! On closer inspection, the signature is there, just grey and very faint. I was a little perplexed by this and turned to COMC to see if they had variations of this one on there. Looks like the OPC versions have a grey signature instead of blue, but it's not this faint. Plus, the OPC deckles have blank backs, whereas these two... 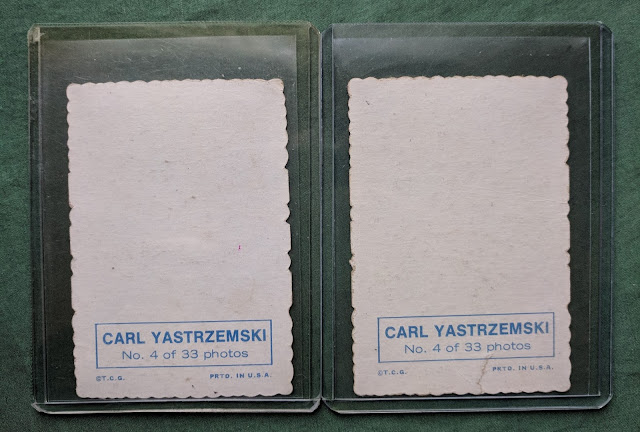 ...both have the standard Topps back. Is this is a "real" variation? Probably just a printing flaw, like the cyan coloring didn't make it onto this particular pressing. Regardless, I'll consider them different in my PC. If Mark Hoyle or anybody else has any info to share on these, please let me know.

As long as I'm turning this discovery into a blog post, I figured I'd add a couple other vintage variations I've stumbled upon recently. And hey, coincidentally, Yaz's Sox are also involved with these other two. 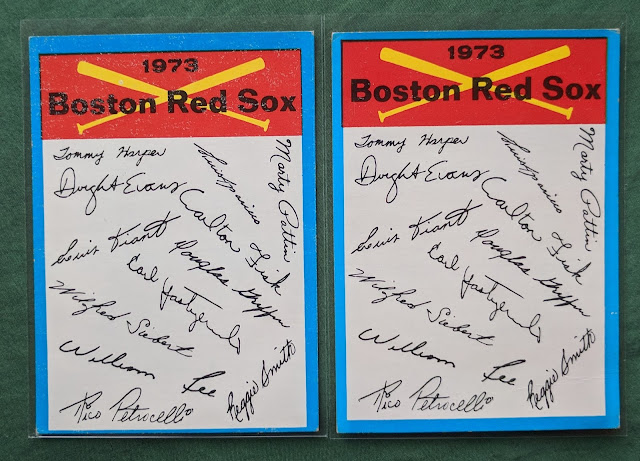 These 1973 Topps team checklists are the same on the front, but feature a minor difference on the back: 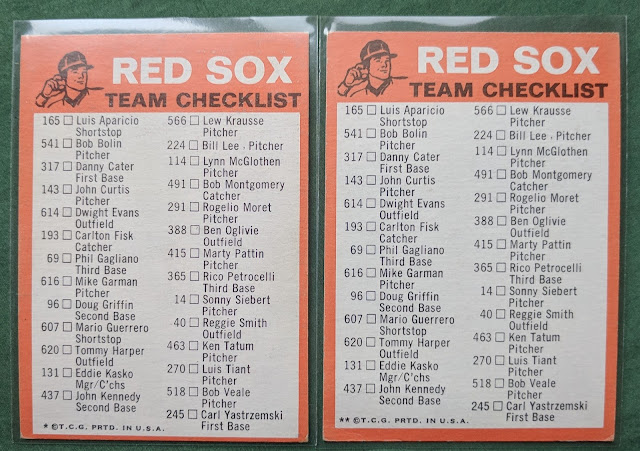 The left card has one asterisk at the bottom, while the right card has two. These are a known variation, but they somehow slipped by me when I was compiling my 1973 Topps checklist. I tried to be really "master set" thorough with it, getting all the known variations. So, damn it, I may have to reopen my "completed" 1973 Topps setbuild to hunt down the asterisk variations I'm missing. It won't be a high priority, but just something to try to eventually take care of. Anybody know if all teams have this variation, or just some of them? 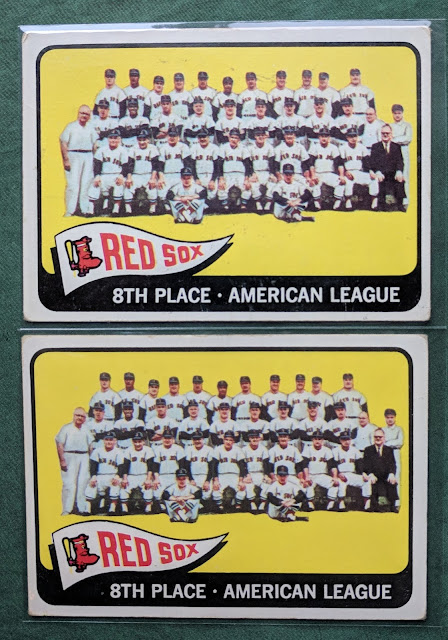 I should hopefully be posting a "Joy of a Completed Set" post for 1965 Topps shortly after my latest COMC order arrives. There are only a couple '65 variations that I'm aware of, both checklists, the "Cannizzaro/C.Cannizzaro" variation, and one which has slightly bolder text than its counterpart. But I think I found another "bold text" variation. Take a look and see if you agree: 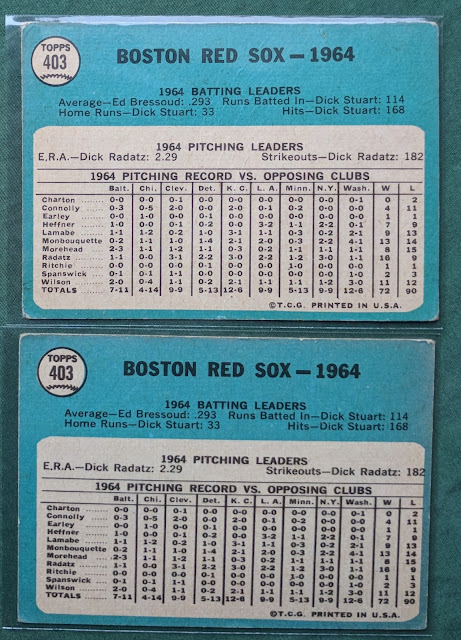 Seems to me like the one on the bottom has bolder text. I think it's most obvious at "182": 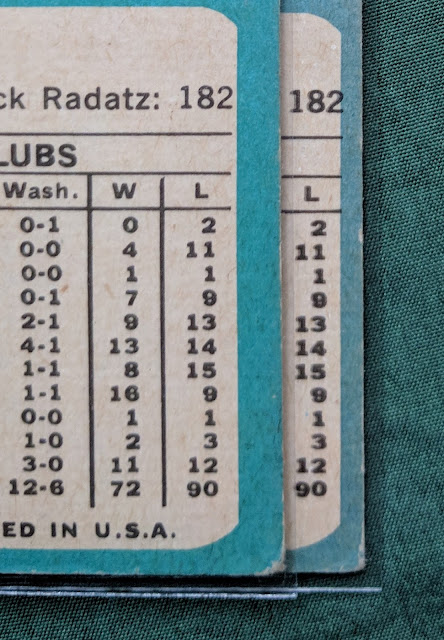 There's some white space between the "2" and the blue border on one, while the other "2" actually crosses the plane into the blue. Not a big deal or anything, just something card collectors like us might find interesting. I'll include it in my set as like an unofficial variation / notable printing variance since I already have it, but I probably wouldn't bother tracking it down if I didn't.

Thanks for stopping by.
Posted by defgav at 3:44 PM